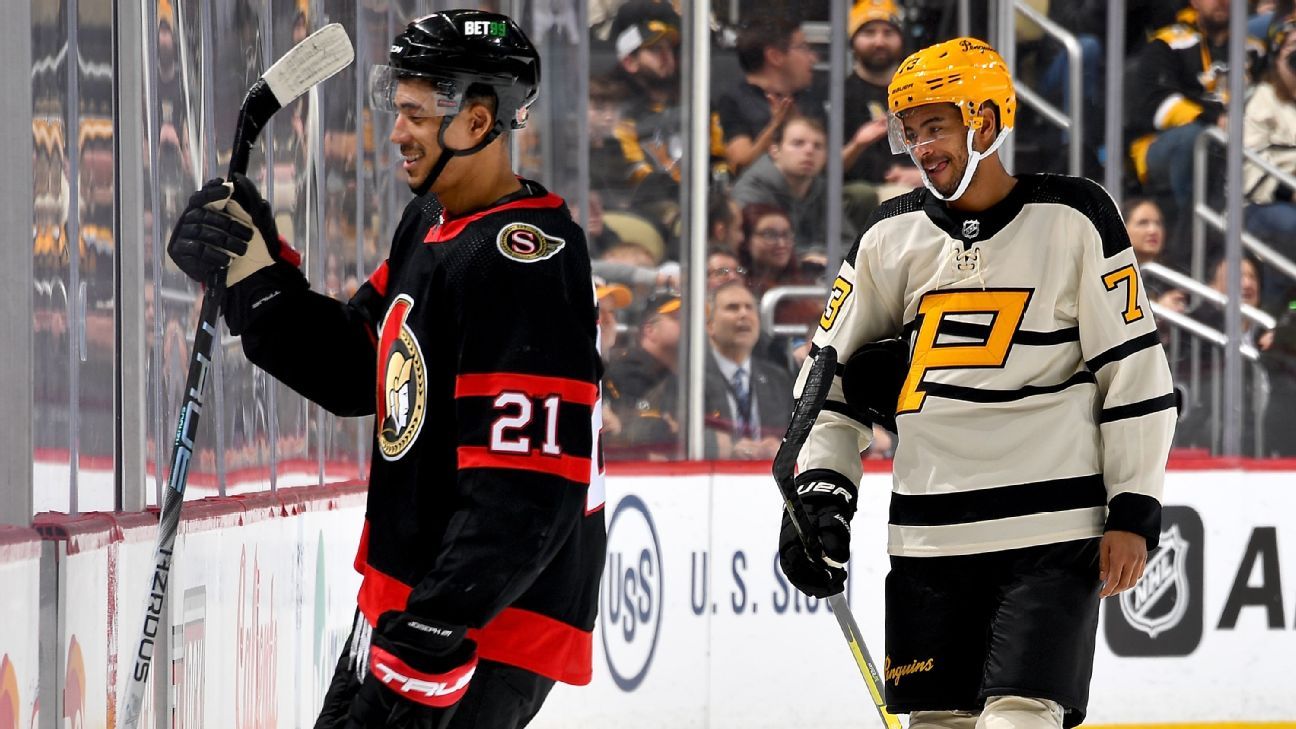 P.O. Joseph sheepishly admitted his brother probably didn’t deserve a penalty, admitting he might have accidentally high-sticked himself.

“I don’t know if they thought this is going to be funny or something that we’re both going to get a penalty at the same time,” Mathieu Joseph said. “But stuff happens. I’m sure my parents had a good laugh about it, but I didn’t think it was funny.”

Their parents certainly did have a good laugh, as captured by video.

It’s not the first time two brothers have received penalties in the same game.

In 1997, Keith and Wayne Primeau got into a fight with each other in a Buffalo Sabres-Hartford Whalers game in Connecticut and went to the box.

And in 1992, Brent and Rich Sutter each got unsportsmanlike conducts in the second period and then roughing penalties against each other in the third during a Chicago Blackhawks–St. Louis Blues matchup.

Information from ESPN Stats & Information and The Associated Press was used in this report.