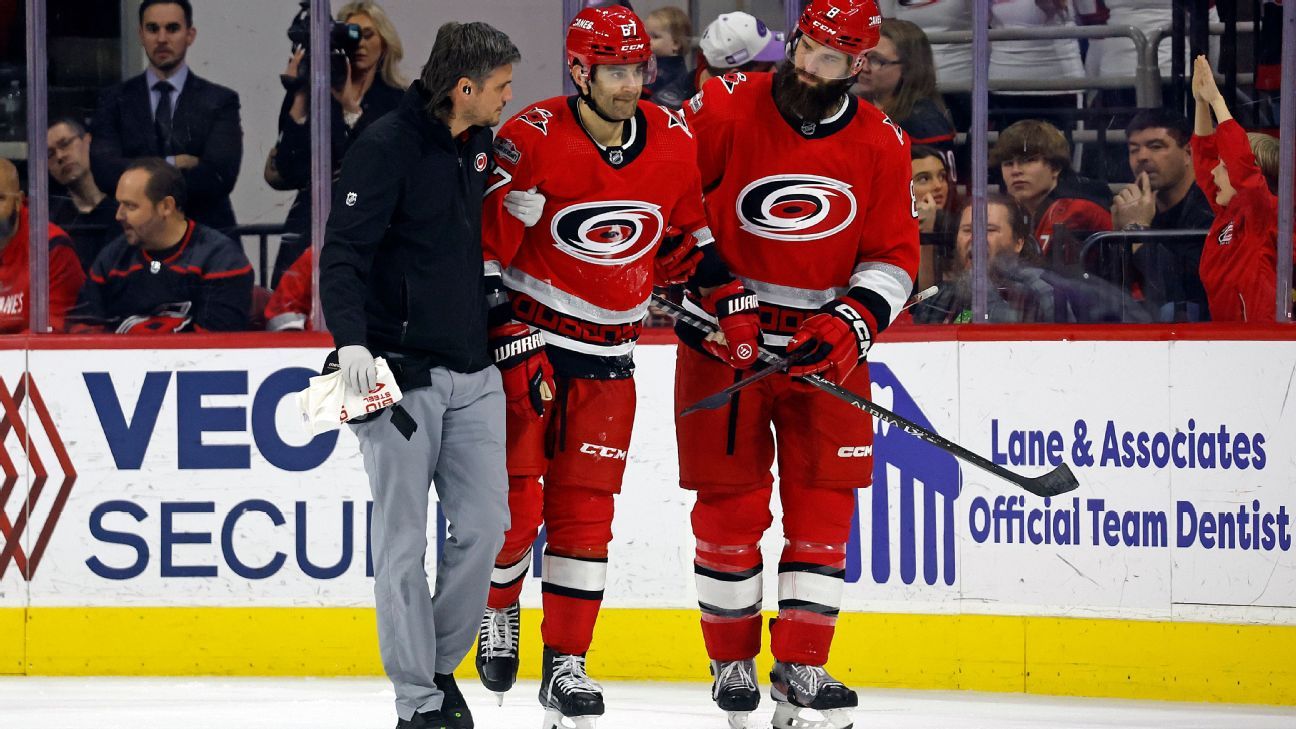 Pacioretty, 34, suffered the noncontact injury with 19.3 seconds remaining in Thursday’s 5-2 victory against the Minnesota Wild at PNC Arena. The Canes were on the power play when Pacioretty, who had the puck, was on the side of the net and made a quick cut in an attempt to find space. His right leg immediately went in the air before he hit the ice.

He was treated by the team’s athletic training staff before being escorted back to the bench by teammates. Pacioretty didn’t place any weight on his right leg or foot.

“Not in very good spirits, as you know,” Carolina coach Rod Brind’Amour said Friday of Pacioretty.

The injury comes a little more than two weeks after Pacioretty made his season debut. He had three goals in five games for the Canes, who entered Friday atop the Metropolitan Division by two points over the New Jersey Devils.

Even though they have one of the strongest records in the league, goals have been something of a challenge for the Hurricanes. They entered Friday leading the NHL in shots on goal while also being second in both scoring chances per 60 and high danger chances per 60, per Natural Stat Trick.

Carolina is tied for 15th in goals while also ranking 15th with 3.18 goals per game.