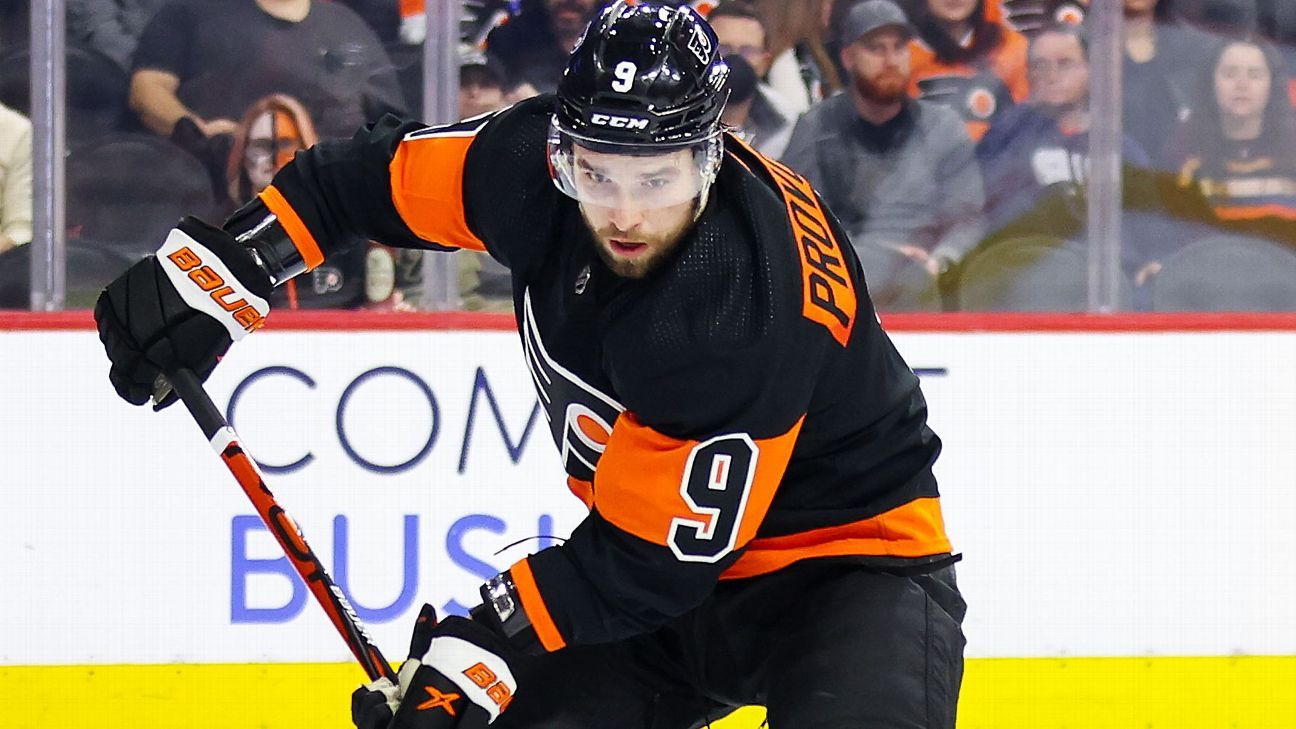 Provorov was the only Flyers player who didn’t have a jersey or a stick up for auction after the game.

The Flyers released a statement before Provorov’s postgame comments:

The NHL, in response to ESPN’s request for comment, said Wednesday in a statement that players are “free to decide which initiatives to support.”

“Hockey is for Everyone is the umbrella initiative under which the League encourages Clubs to celebrate the diversity that exists in their respective markets, and to work to achieve more welcoming and inclusive environments for all fans,” the league said in its statement to ESPN. “Clubs decide whom to celebrate, when and how — with League counsel and support. Players are free to decide which initiatives to support, and we continue to encourage their voices and perspectives on social and cultural issues.”

“With Provy, he’s being true to himself and to his religion,” the first-year Flyers coach said. “This has to do with his belief and his religion. It’s one thing I respect about Provy: He’s always true to himself. That’s where we’re at with that.”

Tortorella has made headlines before about his stance on pregame protests. In 2016, he said that any of his players who didn’t stand for the national anthem would be benched for the rest of the game. He reversed that stance after watching the racial injustice protests in 2020, saying he would no longer punish players who protested before a game.

“I would hope that if one of my players wanted to protest during the anthem, he would bring it to me and we would talk about it, tell me his thoughts and what he wanted to do. From there, we would bring it to the team to discuss it, much like it’s being discussed in our country right now,” Tortorella told The Athletic then.

Messages to You Can Play, a social activism campaign that has partnered with the NHL since 2013, and the Philadelphia Falcons, an LGBTQ+ soccer program that was an invited guest of the Flyers at the game, were not returned.

Pride events are part of the year-round “Hockey Is For Everyone” initiative from the NHL and the NHLPA.

“For more than a decade the NHL has been increasing its efforts to show its year-round support on and off the ice for the LGBTQ+ community,” said Kim Davis, NHL senior executive vice president, during Pride Month in 2022.

The Flyers have supported the LGBTQ+ community for years. Their mascot, Gritty, has famously taken part in the Philadelphia Pride parade.