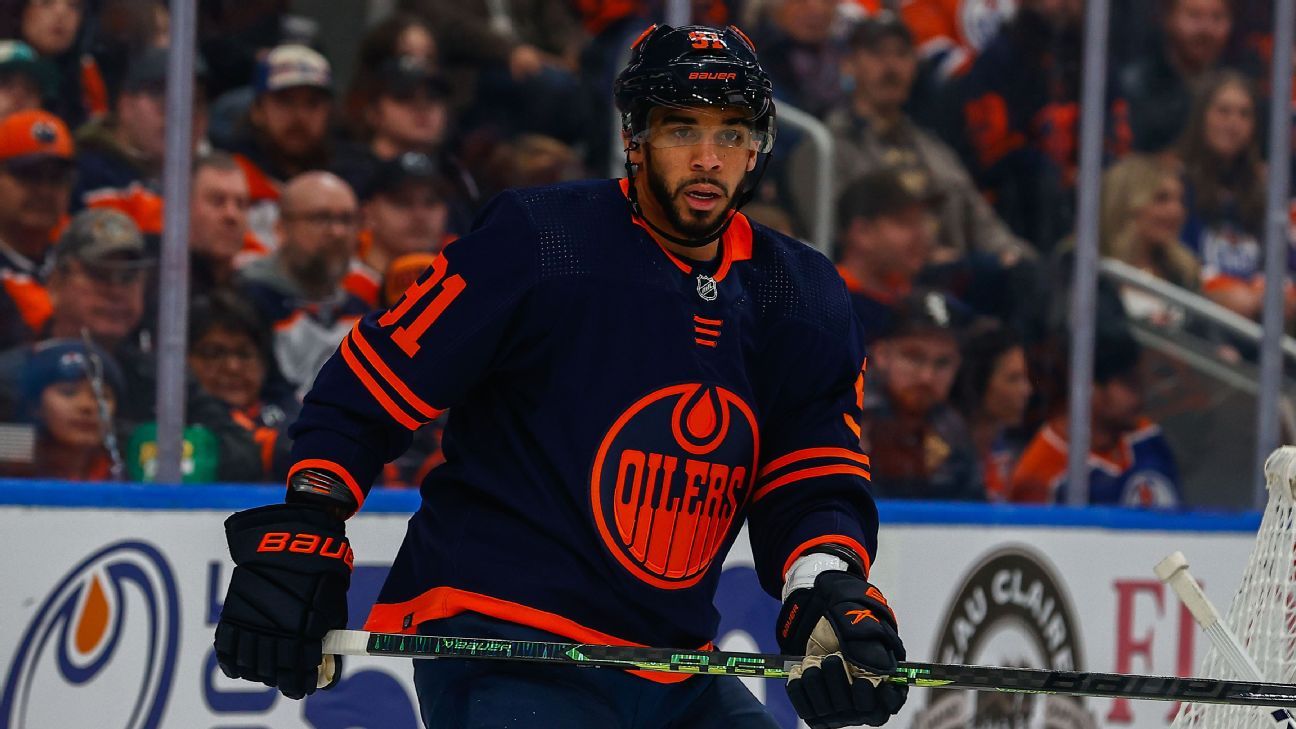 Connor McDavid, Derek Ryan, Warren Foegele and Ryan McLeod also scored for the Oilers (25-18-3), who won for just the second time in their past eight home games. Jack Campbell made 29 saves.

“We are happier with the way we are playing; I think that is the key thing,” said Hyman, who has a career-high 29 assists.

“We are playing the right way. We are playing strong, mature third periods. That is the key, playing to our game and making sure we make it difficult on the other guys on the other side, and understanding the type of game you are in when you are up. I think that is really encouraging.”

McDavid leads the NHL with 38 goals. He extended his point streak to eight games, and he has at least one point in 25 of his past 26 games.

Daniel Sprong and Vince Dunn each had a goal for the Kraken (26-14-4), who have lost two in a row following an eight-game winning streak.

“We talked before the game — it’s a big one. We needed those two points. So it’s really disappointing not to get a result,” Dunn said.

“We had a good run; we let two games slide. We have to go back home and get back to work.”

Seattle took a 1-0 lead 3:11 into the opening period on the power play as Sprong’s shot hit a defender and deflected past Campbell, who was making his fourth straight start. It was Sprong’s 15th goal of the season.

Edmonton tied it with 5:52 to play in the first as McDavid went coast-to-coast, taking on four defenders and dancing past a couple of them before taking a shot from his off foot that picked the top corner past goalie Martin Jones.

The Oilers moved in front 3:15 into the second when a shot by rookie Vincent Desharnais snuck under Jones and was just sitting there before Ryan swooped in to guide in his sixth of the season.

Edmonton took a two-goal lead 12:30 into the second during a mad scramble in front as the puck came loose to Foegele, who sent a backhand into the net despite the fact he was sitting on the ice at the time.

There were a couple of bizarre goals to start the third.

Just 22 seconds in, Dunn unleashed a long shot that Campbell would love to have back as he flubbed it and it tipped off his glove and in.

The Oilers responded 61 seconds later, however, as Eeli Tolvanen poke-checked a puck away from Hyman but straight into his own net past a surprised Jones. Hyman was credited with his 21st goal.

Edmonton made it 5-2 midway through the third as Dylan Holloway hit a post and the puck popped straight to McLeod at the side of the net for the easy tap-in. It was Holloway’s second assist, giving him his first multipoint game in the NHL.

“That was the 15th time we’ve scored five goals this year … and we haven’t lost when we scored five or more goals,” Oilers coach Jay Woodcroft said. “To do that at even strength, that’s a positive.

“We’re putting a lot of emphasis on defending the right way, and I thought we did a lot of really good things towards that direction tonight.”