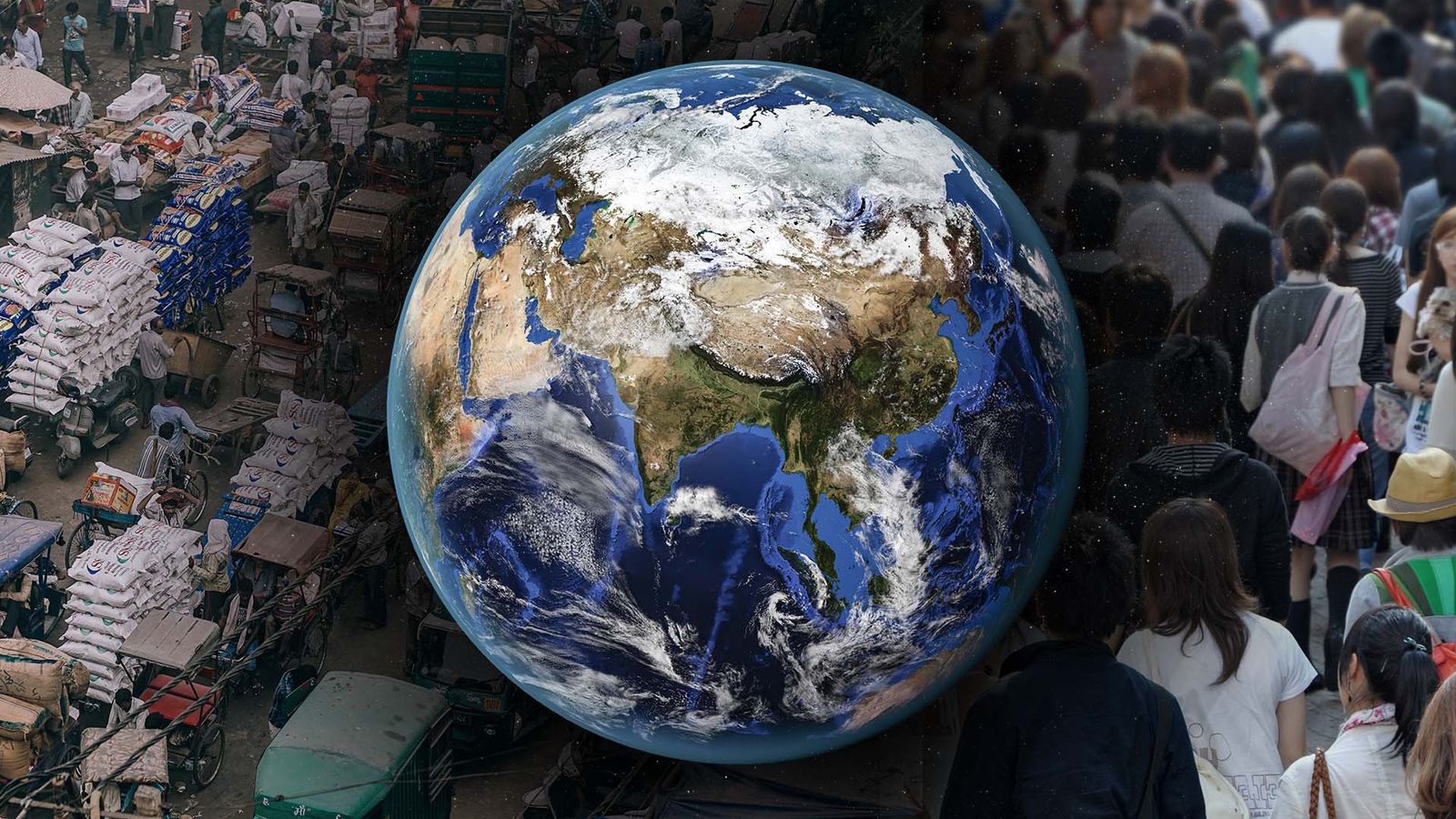 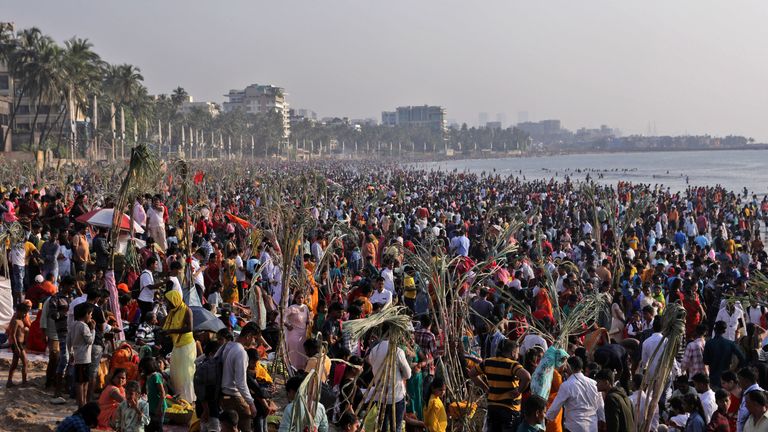 The world’s eight billionth resident has been born today, according to projections by the United Nations Population Division.

The global population has reached eight billion – three times the size it was in 1950 – and although there are more people on Earth than ever before because we’re living longer, population growth is at its slowest rate in more than 70 years.

In 2020 the global population growth rate fell below 1%. This is largely due to a reduced birth rate, with women having fewer children due to widespread contraception and better education and mobility for women and girls.

By 2050 the number of over-65s will be twice that of those under five.

Where is it growing the fastest?

The two fastest-growing regions in the world are East and Southeast Asia, home to 2.3 billion people, and central and South Asia, which has 2.1 billion people.

China and India are the joint-most populated countries in the world, with 1.4 billion people each.

Based on UN projections, India will surpass China for the first time next year.

More than half of the projected increase up to 2050 will be concentrated in eight countries: the Democratic Republic of the Congo, Egypt, Ethiopia, India, Nigeria, Pakistan, the Philippines and Tanzania.

Countries in sub-Saharan Africa are expected to contribute more than half of the increase anticipated through 2050.

The biggest increases will come specifically from the Democratic Republic of Congo and Tanzania, with both populations doubling in the next 30 years.

Elsewhere in Africa, the biggest surges will be in Nigeria, Ethiopia and Egypt.

In Asia outside India and China, the biggest growth will happen in Pakistan and the Philippines.

More generally, 46 of the least-developed countries in the world will have the fastest-growing populations between now and 2050.

Most of this growth (two-thirds) will be driven by what has already happened – and the youthful structure of the population.

Where is the population shrinking?

The world population is growing more slowly than it has in decades due to long periods of low fertility.

More than two-thirds of people live in countries where women have 2.1 children or fewer.

This is roughly the level that would produce zero growth worldwide.

The population of 61 countries will decrease by 1% or more between now and 2050 – either due to decreased birth rates or increased levels of migration.

The war in Ukraine is having a huge impact on its population size – with projections showing it will have lost more than 20% of its population by 2050.

Four other central and eastern European countries – Bulgaria, Latvia, Lithuania and Serbia – will experience similar population decreases in the next three decades.

COVID’s impact was not the same for every region, however.

Central and southern Asia, Latin America and the Caribbean were hit the most – with life expectancy decreasing by around three years.

But in Australia and New Zealand, which both shut their borders and pursued a “zero COVID” policy for most of the pandemic, life expectancy increased by 1.2 years due to a decreased risk of dying from other causes during successive lockdowns.

Coronavirus may have resulted in some short-term reductions in pregnancies, but there was no evidence of an overall decline, UN experts said. 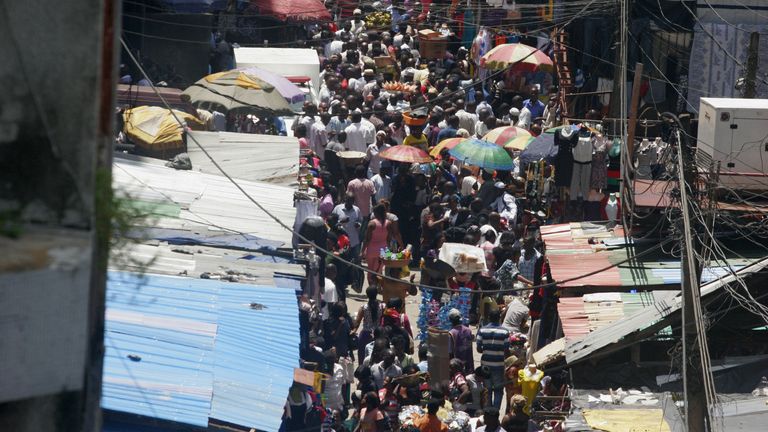 After that, trends are uncertain.

Read more from Sky News:
Biden and Xi ‘very blunt with each other’
Sunak to set out global economic plan at G20

Australia, New Zealand, the rest of Oceania, North Africa and Western Asia will still be growing in population by the end of this century.

But the rest of the world, including Europe and North America, will have reached their peak and started to decline before the year 2100.

Antonio Guterres, the UN secretary-general, said of the eight billion milestone: “This is an occasion to celebrate our diversity, recognise our common humanity and marvel at advancements in health that have extended lifespans and dramatically reduced maternal and child mortality rates.”

But he added: “At the same time, it is a reminder of our shared responsibility to care for our planet and a moment to reflect on where we still fall short of our commitments to one another.”