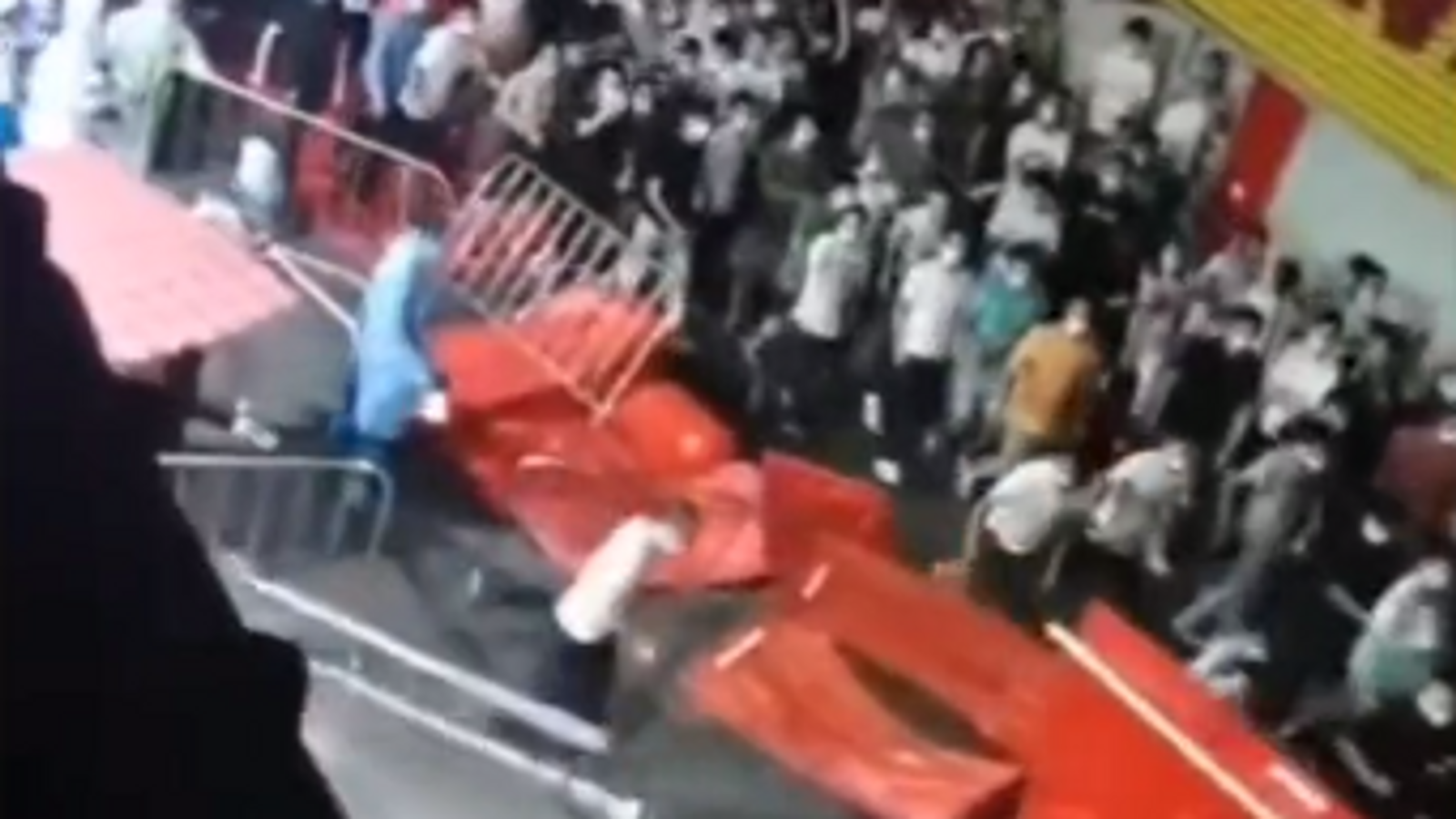 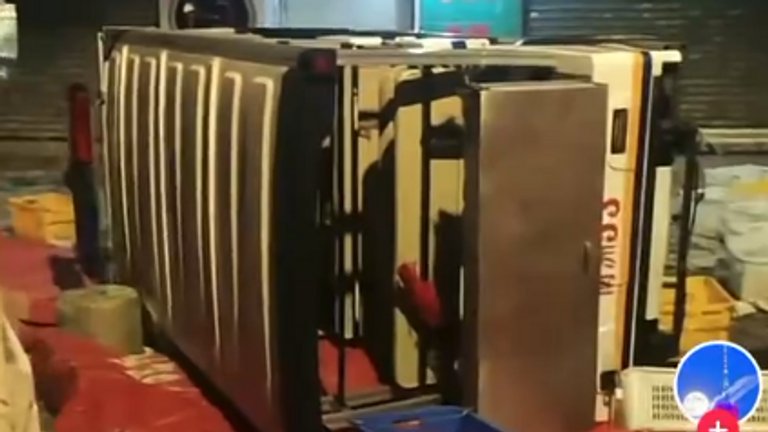 Protesters have clashed with police in China’s industrial metropolis Guangzhou over strict COVID-19 measures, which have seen residents placed in lockdown.

Tensions have been building in the southern city, which has been experiencing one of its worst COVID outbreaks since the pandemic began, and on Monday they reached breaking point.

Chinese-language media reported that protesters had gathered in the area to demonstrate against the city’s COVID measures.

The district has been placed under strict stay-at-home measures to curb the spread of coronavirus, with Guangzhou recording more than 5,000 new cases in one day.

People have been told to visit their nearest testing station, but otherwise to stay indoors, the district government announced on its social media account.

Across the area, residents have also been told only one member of each household is allowed out to buy food.

China’s ruling party has called for strict adherence to the “zero-COVID” policy across the country.

The strategy has seen millions of residents confined to their homes, subject to mass testing programmes and enduring sudden lockdowns in areas where cases or their close contacts have been detected.

The number of COVID cases being recorded in the country remains low by global standards, but some are concerned the harsh restrictions are holding back the economy and putting China out of sync with the rest of the world.

What is the situation across the country?

On Saturday, health officials announced they would modify anti-virus controls, but that did not mean they were ending.

Under the changes, some foreign businesspeople and athletes visiting China will be allowed to move within a contained area without quarantining, and rules on who counts as a contact of infected people are to be more focused, reducing the number affected.

“This is not relaxation, nor ‘lying flat’, but more accurate and scientific prevention and treatment,” said the country’s National Health Commission deputy director, Lei Haichao, adding that the goal is to “prevent the epidemic and minimise the impact on economic and social development”.

Economists and public health experts say China’s capital Beijing might be able to start winding down the COVID rules in mid-2023, but needs to vaccinate tens of millions of elderly people before controls on foreign visitors end.

Nationwide, people who want to enter supermarkets and other public buildings are required to show negative results of a virus test taken as often as once a day.

In the south-west, the industrial city of Chongqing closed schools in its Beibei district, which has 840,000 people.

Residents were also barred from leaving a series of apartment compounds in its Yubei district, but authorities gave no indication how many were affected.