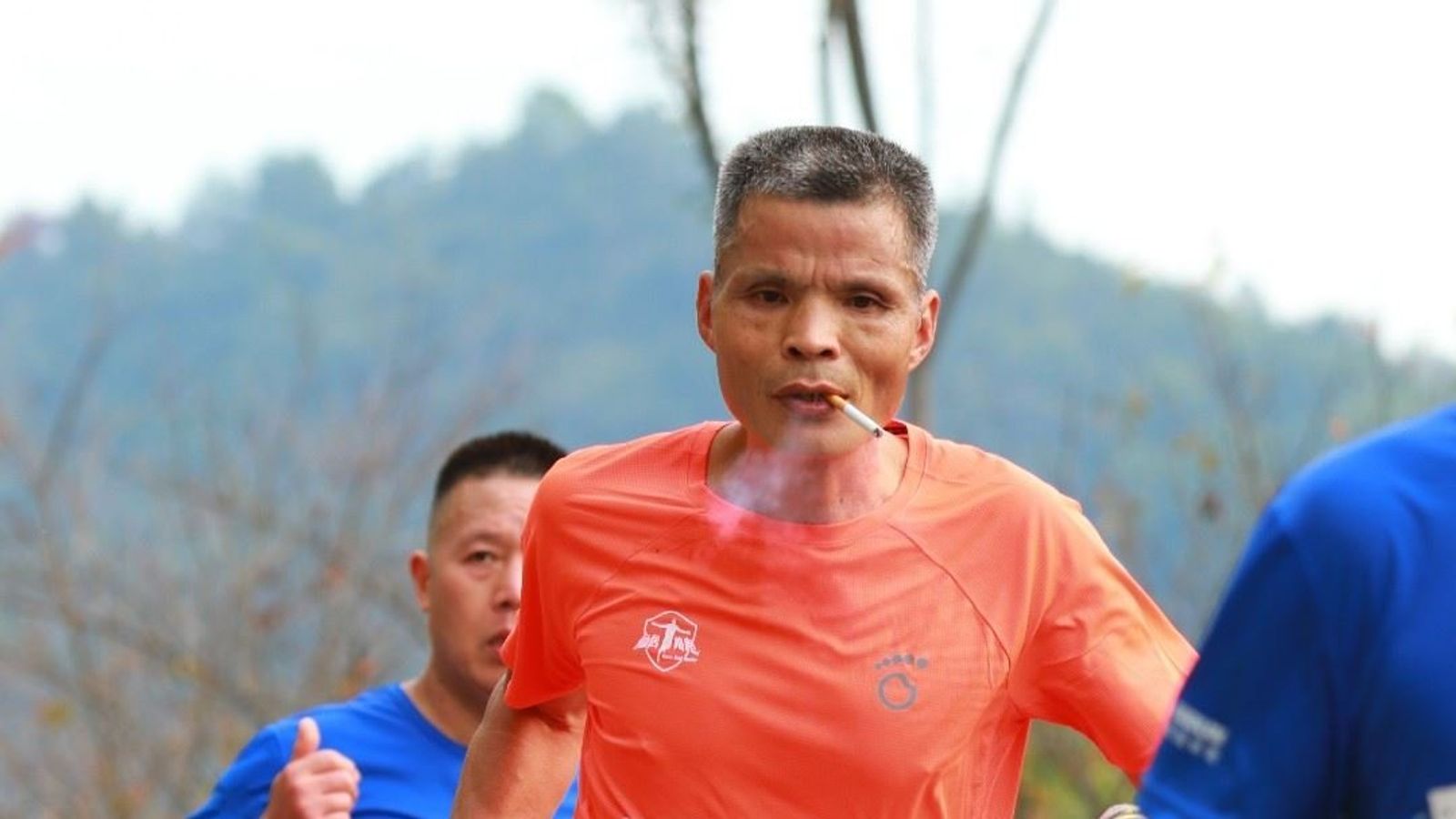 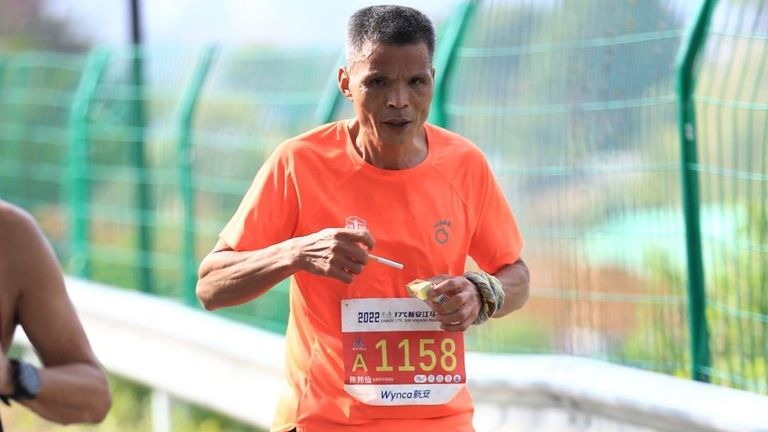 A Chinese marathon runner chain-smoked for the duration of a race – and still finished in less than three and a half hours.

Nicknamed “Uncle Chen”, the serial smoker leant on the old habit while completing the Xin’anjiang Marathon near Shanghai last week.

Chen has also been pictured chain-smoking while tackling other events, including the 2018 Guangzhou Marathon and 2019 Xiamen Marathon.

Local media reportedly noted that Uncle Chen only smokes when he runs.

Chen first achieved fame when racegoers branded him “Smoking Brother” during marathons in 2017.

But some pointed out that second-hand smoke could affect his fellow competitors.

By-Shen wrote: “Whoever runs next to him is unlucky.”

While user Oriental Mountain asked: “Is this a doping violation?”