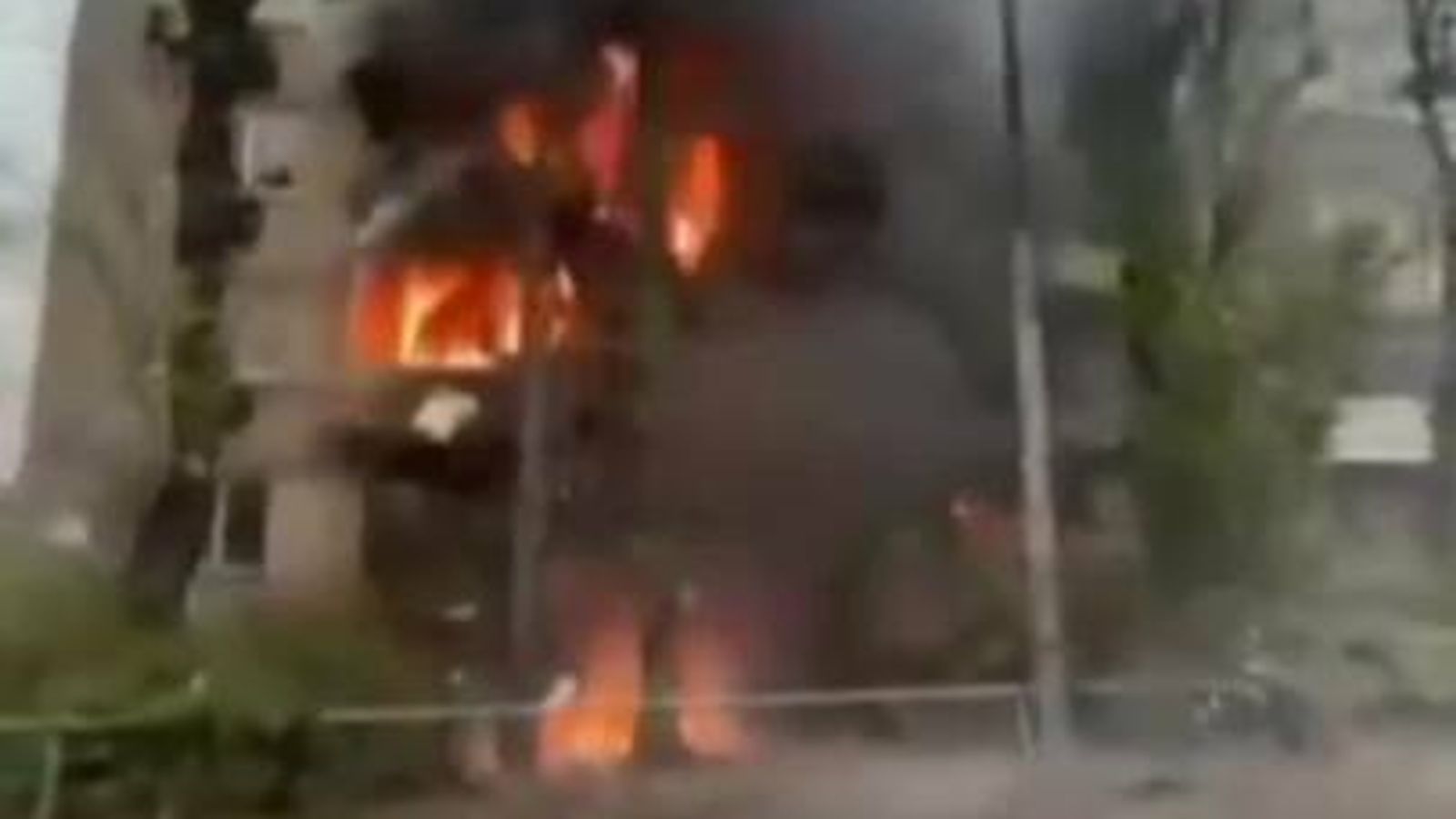 Airstrikes have left one person dead after at least two residential buildings were hit in Kyiv following the Ukrainian victory in Kherson.

Two apartment blocks in the Pechersk district of the capital were hit on Tuesday, mayor Vitali Klitschko said.

“Several missiles” were shot down in response, he added.

Video footage showed a five-storey block of flats on fire.

Mr Klitschko said medics and rescuers were being scrambled to the scene and a body had been pulled out of one of the buildings.

The attacks come after the biggest Ukrainian victory of the nine-month conflict so far – the withdrawal of Russian troops from the southwestern Kherson region.

Since Kherson was liberated, Moscow has stepped up its attacks on Ukrainian cities, with Lviv and Kharkiv also reportedly hit on Tuesday.

Despite euphoria among Ukrainians, military analysts and Western allies fear the Kremlin is redeploying its troops to frontlines elsewhere in the country.

Reports of war crimes and devastating abuse are also beginning to emerge now the Russians have left.

Ukrainian President Volodmyr Zelenskyy addressed the G20 summit in Bali virtually on Tuesday, laying out a 10-point peace plan to end the conflict.

He also stressed he would not agree to the Minsk 3 deal – a series of failed international agreements that tried to end the war in the Donbas.

The plan includes energy security, implementation of the UN charter, and a total withdrawal of Russian troops from the country.

In another G20 meeting, Prime Minister Rishi Sunak called on Russia to “get out of Ukraine and end this barbaric war”, adding that it was “notable” President Vladimir Putin chose not to attend the summit himself, sending his foreign minister Sergei Lavrov instead.

All-out war with Russia is last thing NATO wants, but allies will likely seek to respond
Chinese chain-smoking marathon runner completes 26 miles in less than three and a half hours