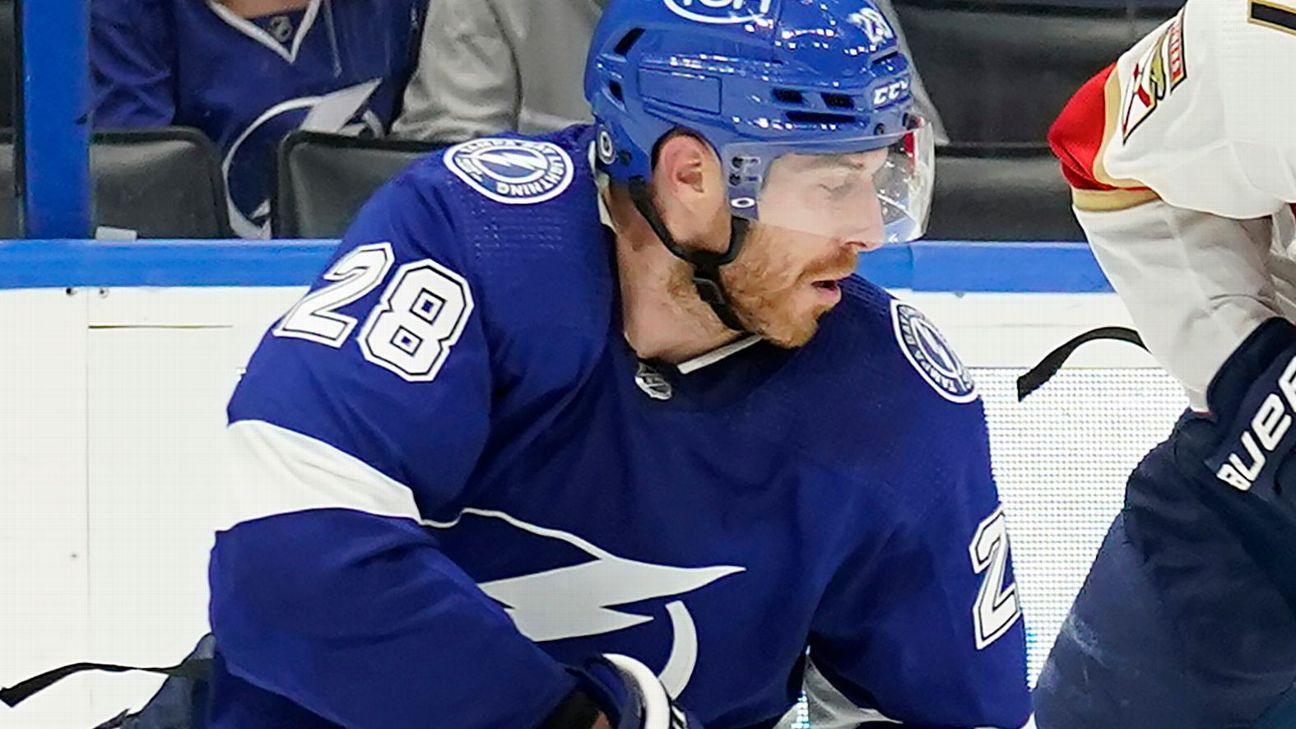 According to sources, it was the Lightning who decided to suspend Cole until the completion of the league’s investigation.

The 33-year-old defenseman, who is entering his 13th NHL season, signed with Tampa Bay as a free agent this summer on a one-year, $3 million deal.

The Lightning open the season on Tuesday night in New York for an Eastern Conference finals rematch against the New York Rangers.

The allegations against Cole were made on Oct. 7.

Smith posted on Twitter that she was groomed by Cole for years, “starting when I was a minor in high school,” and noted that Cole was “well aware of my age” at the time of the alleged sexual abuse.

“As a teen, I didn’t even know what grooming was,” she wrote. “When you’re young and this happens to you, you don’t realize you are a victim. As I got older and built self-esteem, I started to fully understand the extent of what happened to me and that this could never have been consensual.”