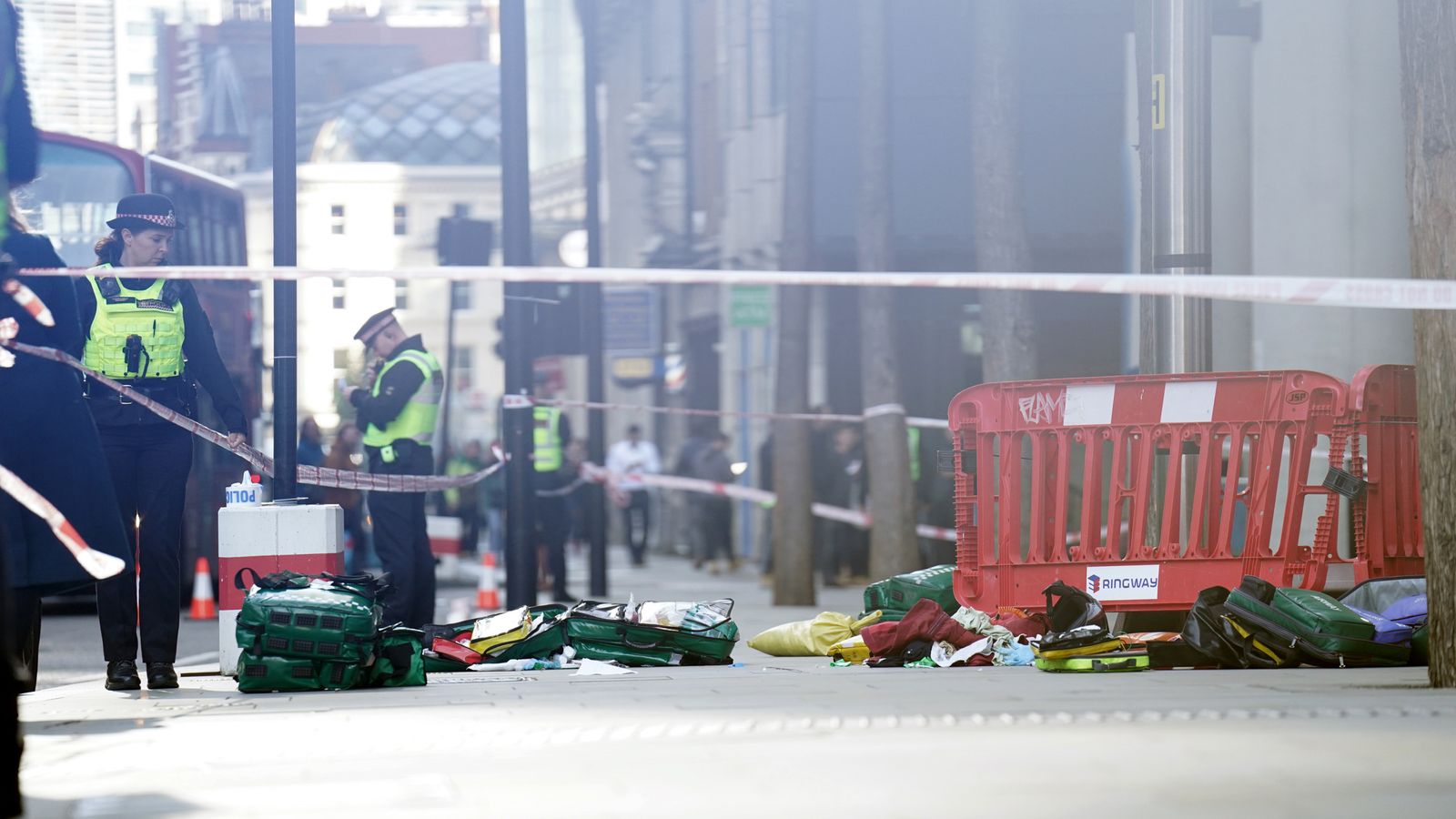 A man has been charged after three people were stabbed in the Bishopsgate area of London last Thursday.

Louis Parkinson, 25, from Catherall Street, in the N5 postcode district of London, has been charged with conspiracy to commit robbery, grievous bodily harm with intent, possession of an offensive weapon and possession of a Class B controlled drug.

Colin Bishop, of the City of London Police Major Crime Team, said: “A search warrant was executed last night in connection with a second suspect who is actively being sought and the investigation continues.”

Detectives are continuing to appeal for witnesses.

Anyone with information about the incident should contact Crimestoppers anonymously on 0800 555 111.

One in five residential care workers were living in poverty – before the cost of living crisis
Lucy Letby: Neonatal nurse who allegedly murdered seven babies, including twins, was a ‘poisoner at work’, court hears