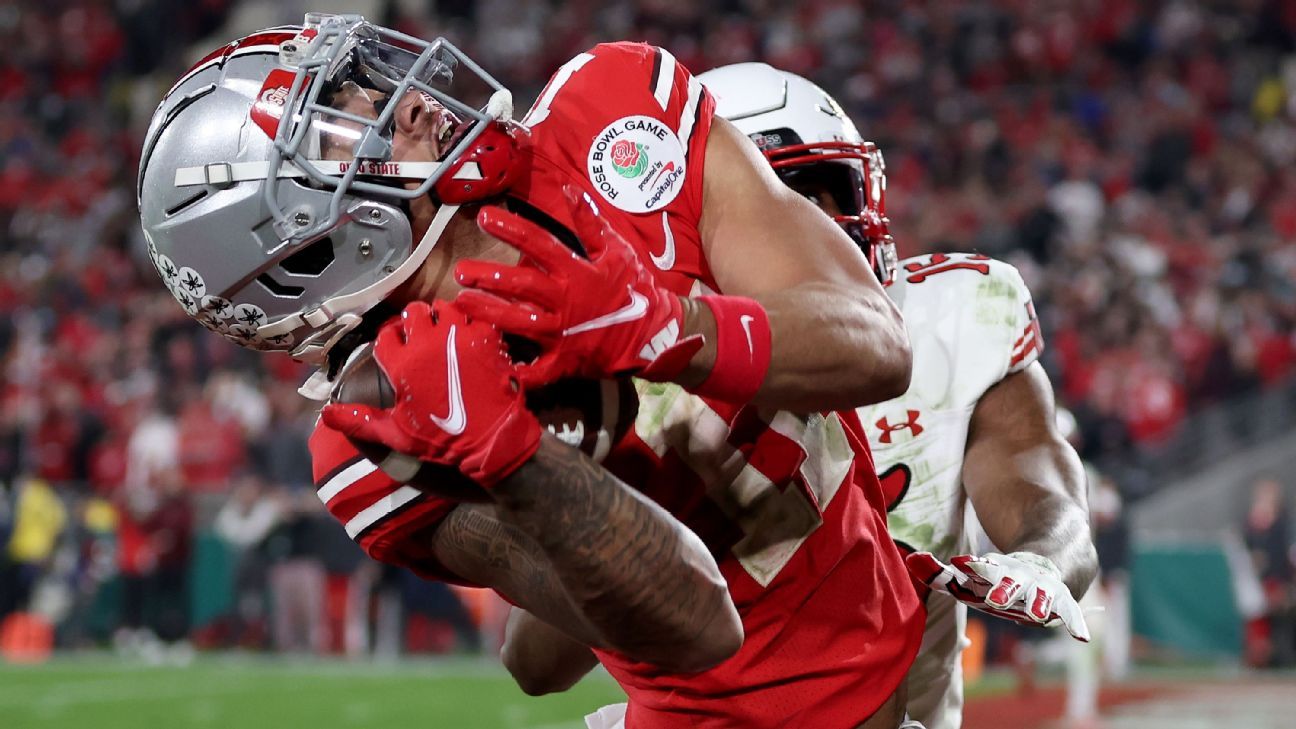 Ohio State will once again be without star wide receiver Jaxon Smith-Njigba for Saturday’s game at Michigan State, while leading rusher Miyan Williams also will sit out.

Smith-Njigba, a third-team AP All-America team selection in 2021, injured his hamstring in the season opener against Notre Dame and has appeared in only one other game. He has only four receptions on the season, as Ohio State is being extra cautious about his return.

“We’re hoping to get him back this week,” coach Ryan Day said Tuesday. “But again, it’s just so hard to tell. He can come in today and say, ‘Well, I had a little bit of a setback,’ or he’s really doing good, he’s trending to play on Saturday.”

Williams, the team’s backup running back, started last week in place of TreVeyon Henderson and tied an Ohio State single-game record with five rushing touchdowns and 190 yards in a win over Rutgers. Williams leads the Buckeyes in carries (64), rushing yards (497) and rushing touchdowns (8). Ohio State has not disclosed his injury, but it is not considered serious and Williams is expected back for the Iowa game, according to a source.

Henderson is not listed on Ohio State’s status report for Michigan State. Day said Tuesday that he expected Henderson, who has 318 rushing yards and four touchdowns, to play in the team’s Big Ten road opener against the Spartans.

Cornerback Cam Brown, who last played Sept. 17 against Toledo, is expected to return against Michigan State. Guard Enokk Vimahi will be a game-time decision.

After Michigan State, Ohio State has an open week before hosting Iowa on Oct. 22.

L’ville QB Cunningham in protocol, out vs. UVa
Astros ace Verlander to start Game 1 of ALDS