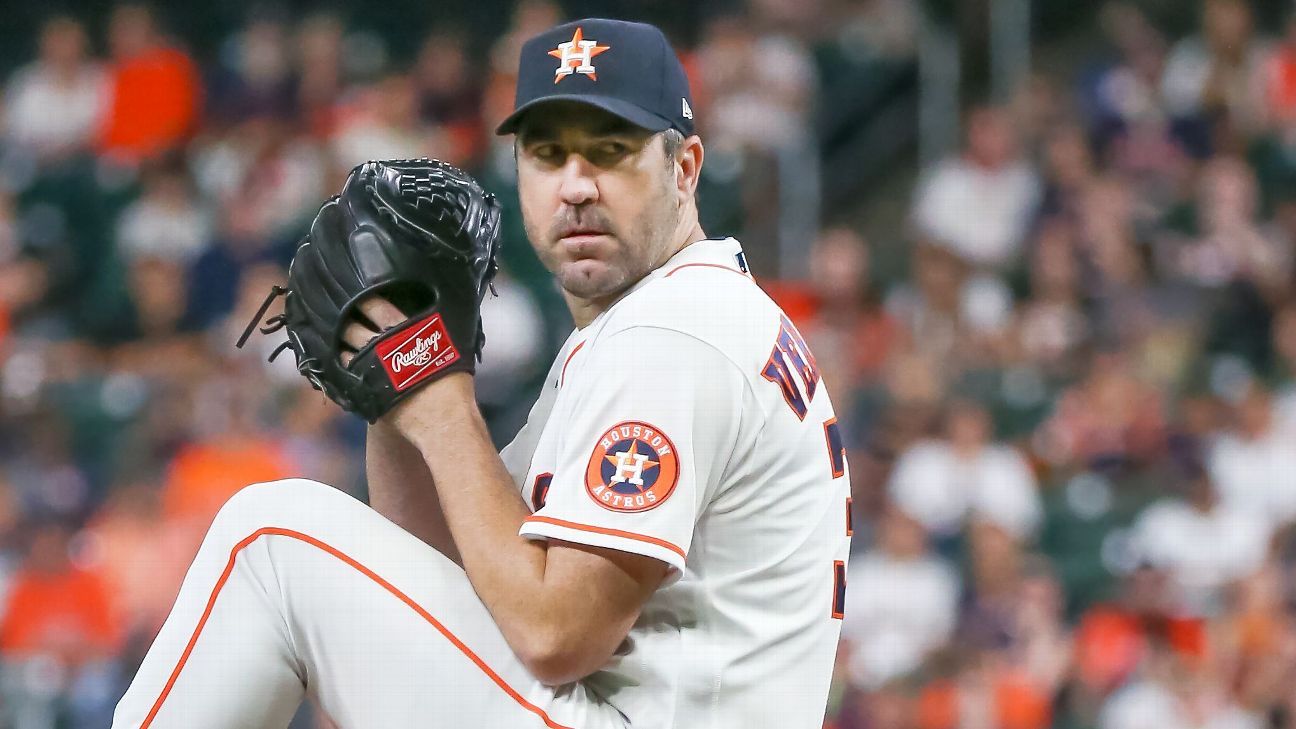 The two-time Cy Young Award winner’s ERA also was the lowest of his career, besting his 2.40 ERA in 2011, when he won his first Cy Young and was also voted AL MVP while with Detroit.

Verlander, who also won a Cy Young in 2019, is a top candidate to win the award for a third time this season after returning to form following an almost two-year absence following Tommy John surgery.

The Astros have five off days between their final regular season game and their postseason opener because of the extra wild card this season.

Baker believes the layoff will be good for a handful of his players who are nursing minor injuries but isn’t sure how the time off will impact the team overall.

“You don’t know how beneficial it is until you start playing again,” he said. “You can speculate and guess, but you can’t see the effects of anything until you get there. So, let’s see. It’s been a good break for us.”

One way he knows it’s a good thing for the Astros is that they’ll be able to line up their rotation exactly how they want it.

“More than anything, you can set your rotation,” he said. “That’s the biggest advantage with this break. Some teams can’t set the rotation. You’ve got to go with who you got to get to the next step.”