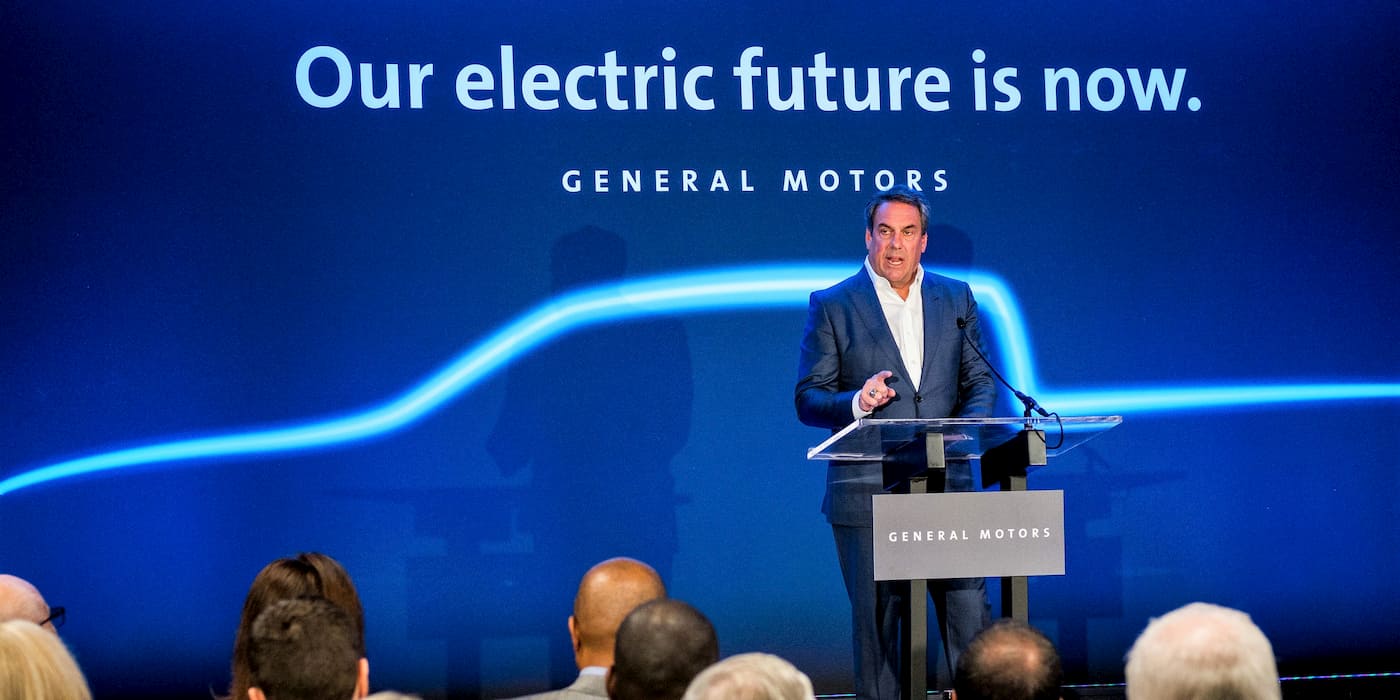 General Motors (GM) announced today that it will invest nearly $1 billion in four US facilities to produce V-8 engines and EV components. Despite GM advertising it’s going “all in” on electric vehicles, less than 10% of the investment is going toward EV development.

GM’s CEO Mary Barra explained in September, “we want to provide EVs for everyone,” as the company committed to an all-electric future.

The automaker has spent much of the last year promoting its upcoming electric vehicle lineup, which includes a Chevy Blazer EV, Chevy Silverado EV, and Chevy Equinox EV, to name a few. The Bolt EV and EUV make up the vast majority of GM’s EV sales right now, but more expensive models like the Cadillac Lyriq and GMC Hummer are beginning to gain momentum.

Although GM claims the Bolt was the “#1 mainstream EV series in Q3 and Q4,” with deliveries climbing over 50% YOY, total electric vehicle sales still amounted to less than 2%, while many companies are already achieving double-digit (or 100%) EV sales share.

Its Rochester, NY plant will receive $56 million to build battery cooling packs, and the other $8 million is to produce a casting development cell for future EV development at its Defiance, OH facility, according to the press release.

GM is sending mixed messages here. Are they all-in on EVs, or is it just talk? Because V-8 engines won’t help GM sell more electric vehicles and most certainly will not help them hit its goal of eliminating tailpipe emissions from its vehicles by 2035.

Keep in mind, this is the same GM that spent years hyping up an electric Corvette (that even President Biden couldn’t stop talking about) only to release a hybrid E-Ray Corvette last week, fitted with a V-8, and about the same amount of energy storage as two standard 12V lead acid batteries.

On top of this, you can only drive in all-electric mode for speeds up to 45 mph or when the throttle crosses a certain threshold.

To be fair, GM is investing over $35 billion through 2025 in electric vehicles and is moving quicker than most automakers. However, they may not be moving as quickly as they claim.

The Chevy Bolt is still a great car, nonetheless, winning Electrek’s Car of the Year in 2022 and selling impressively well after a recall derailed its momentum.

If GM’s Mary Barra believes they can beat Tesla, they will need to start by acting fast. Investing almost $1 billion into V-8 engines is the entirely wrong direction. GM is already building V-8s. There should be no need to make any more at this point.

The future is fully electric. GM says they are embracing it, but are they? Hopefully, with a few high-profile EV releases this year and momentum built up from last year, the company can start putting some numbers up. What do you guys think? Leave us your thoughts in the comments.