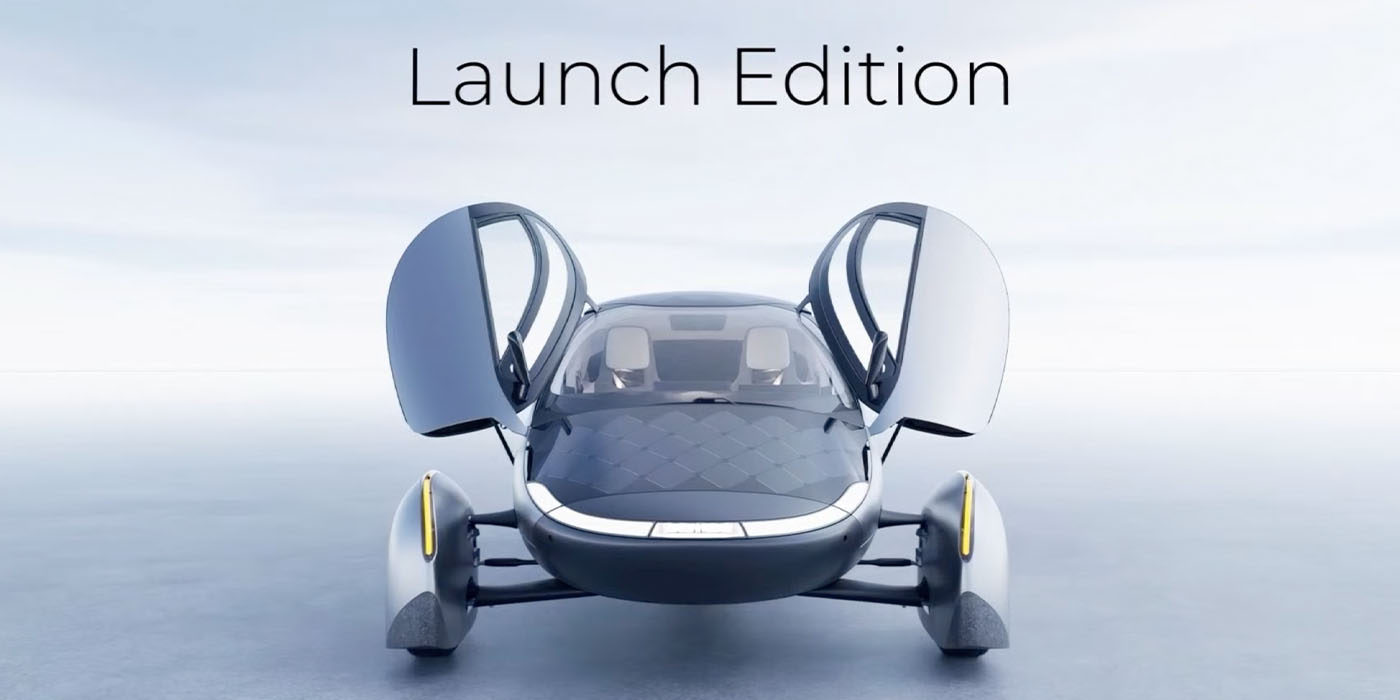 Aptera Motors has inched closer than ever to customer deliveries of its flagship solar EV donning the company name. During a webinar presentation earlier today, the California-based startup unveiled new details its Launch Edition solar EV – a unified configuration that includes all-wheel drive and 400 miles of range, but Aptera still has a few financial and infrastructural hurdles to overcome before it can start delivering these solar EVs to the masses. More below.

Since first unveiling its flagship solar EV, Aptera Motors has been continuously working to deliver it to its growing number of loyal reservation holders, some of which were fans of the company during its first attempt at scaling solar EVs back in the late 2000’s.

During its second go around, Aptera has been doing a lot of things right. In the past two years alone, we’ve ridden in an Alpha prototype, watched the Beta destroy a Tesla and an Audi R8 Spyder in a drag race, and have gotten transparent monthly check-in videos from cofounder Chris Anthony on YouTube.

Last September, we got to see the Gamma version of the Aptera solar EV up-close and spoke with the team about its plans for the production-intent Delta design. Aptera unveiled video footage of Delta a couple weeks ago, ahead of today’s presentation promising to deliver more exact specifications.

More specifically, today’s news pertains to the Launch Edition solar EV that will kick off the first of many long-anticipated customer deliveries… if and when production begins. According to the startup’s founders, that moment could still be a year away.

Following today’s live webinar from Aptera HQ led by cofounders Steve Fambro and Chris Anthony, there is a lot to be excited about in regard to the Launch Edition solar EV and Aptera vehicles in general. However, it comes with a tinge of caution ever-present in the rollercoaster world of EV startups.

Let’s focus on the positives to begin.

Aptera is reporting that it is essentially “pencils down” on the overall design of its flagship solar EV, aside from some lighting and other validations. Additionally, the method for how the SEV will be produced and scaled is also locked in, another check mark. Supply agreements are also being worked out.

To begin, Aptera has been advised to start with one product, sell the hell out of it, homogenize the supply chain, and scale from there. Smart. Exhibit A and why we all gathered online today, is the Launch Edition.

This unified, preconfigured design will be the first Aptera solar EV to be delivered to customers (current reservation holders can easily switch to the Launch Edition now for an earlier delivery, more on that in a bit). Here are some of the more pertinent specifications that will be present in all Launch Editions (no customizations):

Notice no mention of Level 3 charging? So far, Aptera’s founders believe the solar EV does not require DC fast charging capabilities thanks to its additional range gathered from the sun each day. Furthermore, that capability adds complexity to the vehicle itself including robustness of the battery pack required to handle such charge rates.

That being said, the team said they are still exploring the possibility of DC fast charging capabilities in the future and could one day add it. Don’t expect to see it in the Launch Edition Aptera, however.

Aptera intends to build 5,000 Launch Edition solar EVs to begin, but said it’s open to expanding that number should the startup see overwhelming demand for its first model. Cofounder Steve Fambro spoke during the presentation:

The production of our Launch Edition vehicles symbolizes a dawn of a new era. It’s about introducing Aptera’s unique and revolutionary capabilities to the world as quickly and as safely as we can, because we all know time is of the essence when it comes to saving the planet.

Fellow founder Chris Anthony then chimed in as well:

It’s also the foundation of our shift as a company toward manufacturing and production. It’s about building the team and the processes to ensure we get solar technology to the masses. It’s our desire as a movement to show the world the capabilities of Aptera.

According to Aptera, it intends to have its assembly lines operational nine months from now, followed by vehicles that are ready for solar panels and interior components about 12 months from now. Before then, however, Aptera will need to re-up on cash to ensure it can meet customer demand and finally deliver.

Aptera continues its success, but will require more capital

Aptera’s movement is certainly growing as is its list of reservation holders following today’s presentation. However, Aptera’s founders admitted that the startup is in need of at least $50 million in additional capital this year to reach merely the first gate of volume SEV production.

To date, the company says it has raised $85 million from over 15,000 investors, including previous crowdfunding campaigns, explaining that it has been quite nimble with its money. That said, it will need more to implement the necessary tools and machinery to mass produce its vehicles.

In addition to more crowdfunding, Aptera’s founders explained they are seeking government loans and grant programs to reach that additional $50M and beyond. They also mentioned that consumers can still get in as an investors “pre-IPO,” whatever that means. We should learn more following Aptera’s webinar with investors next week.

In terms of production timelines, Aptera says the recently revealed production-intent Delta prototypes will continue through crash testing and validation this year. Physical versions of the Launch Edition Aptera solar EVs will debut after that, followed by test drives (sign me up!)

Current reservation holders – You may want to consider changing your configuration to the Launch Edition if you’re absolutely itching to get your hands on an Aptera first. According to the team, here’s the order of priority the SEVs will be built if and when production begins:

You can update your reservation on the Aptera website, or if you haven’t done so yet, you can still reserve an Aptera solar EV of your own today for only $100 down.

Use this link to get $30 off your reservation.

Check out the full 40-minute webinar from earlier today as well.

Podcast: EV price war, Tesla demand boom, cheaper EVs, and more
Why is GM investing nearly $1B in V-8 engines when it’s ‘all in’ on electric vehicles?