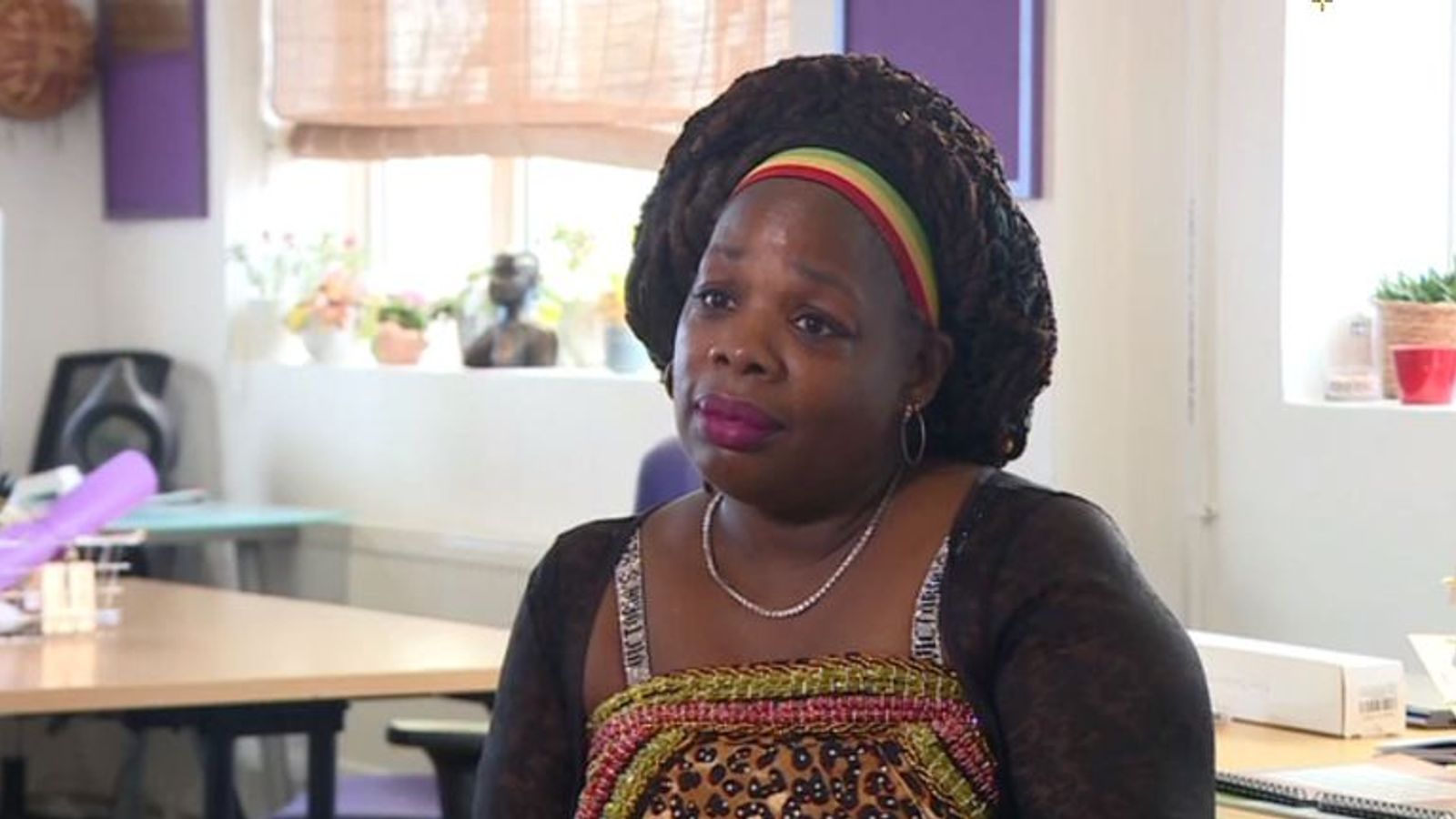 Ngozi Fulani and her six siblings grew up as the “only black family on our road” in Kilburn, northwest London in the 1960s.

Having moved to Britain from Barbados as part of the Windrush generation, her parents “embraced everybody” and never allowed the “barriers we faced outside” to be brought into the house.

In an interview with Future Hackney, the now 61-year-old said her father would take them to house parties – as “black people were not allowed” in pubs.

She was once “shooed” away by a white teacher at school, while her brothers would “come home with their faces swollen” having been bullied by their peers or attacked by the police, she added.

And when her sister gave birth at the age of 17, her white social worker used a racist term to describe her baby.

“We were very aware from the get-go that even though we were born here, we were not welcome,” she wrote.

The interview concluded with Ms Fulani saying: “Nothing has changed. It’s just different. The racism is just as intense, the hate is still there.”

When Meghan, Duchess of Sussex, told Oprah Winfrey in 2021 that a member of the royal household had concerns about the colour of her son Archie’s skin before he was born, Ms Fulani tweeted: “I can’t stay silent about this. I admire Meghan for speaking out.

“According to clear definition, it seems Meghan is a survivor of domestic violence from her in-laws.”

At the time Buckingham Palace said in a statement that issues raised by Meghan, “particularly that of race”, were “concerning” and would be “addressed privately”.

On Tuesday, as the chief executive and co-founder of Sistah Space, a charity that supports domestic abuse victims of African and Caribbean heritage, she attended a reception at Buckingham Palace.

The event, part of the United Nations’ 16 days of activism against gender-based violence, was also attended by first lady of Ukraine Olena Zelenska and former Spice Girl Mel B.

There, Ms Fulani was approached by Lady Susan Hussey, one of the late Queen’s longest-serving ladies in waiting.

In a Twitter post afterwards, the Sistah Space founder revealed how the 83-year-old had repeatedly asked her “where she really came from” and “what part of Africa” she was from.

Lady Hussey, who is Prince William’s godmother, has since resigned from her palace duties as a result.

Although her parents came from the Caribbean, after leaving home and moving to Hackney at 18, Ms Fulani says discovering an African dance group was the “day her life changed”.

The “connection with Africa” it gave her was a “pivotal moment” that, she says, “became her lifelong story”.

Five years after joining the class, she began to teach herself – eventually running the Emashi Dance ensemble, which in December 1997 saw her meet King Charles at an event for the Prince’s Trust.

She says that although she had a small number of black teachers, there were just four other black students in her class.

“We had to learn about our culture from middle class white people,” she wrote. “It did not feel authentic and at times I found it traumatic.

“It was at this point I realised how much trouble we were in and how far we had to go.”

Murder of woman and her baby sparked charity

Years later, in 2014, when Ms Fulani was working as a marriage registrar, a 45-year-old woman called Valerie Forde was murdered alongside her 22-month-old daughter by her ex-partner in Hackney.

Six weeks before he killed the pair with a machete, Ms Forde had reported him for threatening to burn down her house with her and their daughter inside.

An independent investigation later found the victims were badly let down by police, with two detective sergeants found guilty of misconduct and given written warnings.

Valerie Forde’s story drove Ms Fulani to train as an independent domestic violence advocate and in 2015 set up a charity specifically for African and Caribbean domestic abuse survivors in the area.

Sistah Space supports survivors in “whatever way they need”, Ms Fulani says – whether that is helping them to flee abuse or accompanying them to court.

The organisation works to “ensure cultural factors are not only considered but understood” and that “cultural barriers and biases are removed”.

She and her co-founder Rosanna Lewis also offer training on cultural competency and best practice.

This includes abuse injuries not being as visible on darker skin tones and a reluctance to report abusers to police.

“Women want the abuse to stop but we know what happens to black men in police custody,” she told The Guardian in 2020. “These women do not want to risk their abusers being hurt or murdered.”

In an interview with Sky News, she added: “There are so many things that women like us have to consider before we access mainstream services.

“We are often met by people who see black women as not in need of protection, we often get things like ‘strong woman like you, I can’t believe anybody would do anything to you’.

“So this tendency to brush off domestic abuse and sexual abuse is so inherent that most black women don’t see the point in reporting domestic abuse to a system that doesn’t see them and doesn’t listen.”

Ms Fulani told LBC in an interview on Wednesday that she would be “happy to have a conversation to bring about a positive solution” with the royals, but that she felt “violated” and “interrogated” by her experience at the palace.