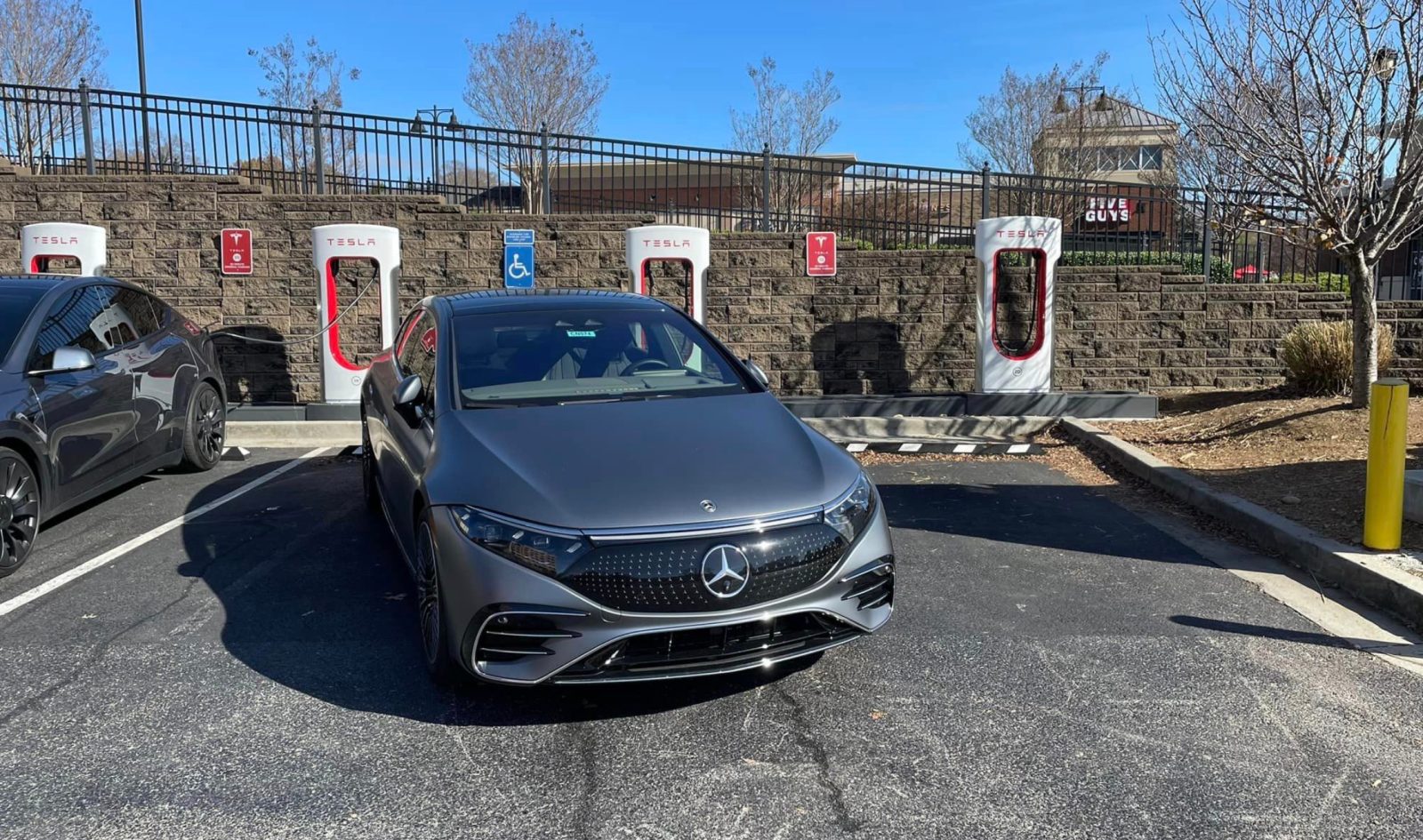 A Tesla Supercharger in Tennessee was blocked by a Mercedes-Benz EQS owned by a local dealership in an apparent publicity stunt amid a busy travel time for Thanksgiving Day.

Scott Hall, a Tesla owner, stopped by the Tesla Supercharger station in Knoxville, Tennessee, yesterday, like many other travelers for Thanksgiving.

When he arrived, he found a Mercedes-Benz EQS, a performance electric sedan, parked in a way that blocked two chargers at the station.

Non-Tesla electric vehicles, like the EQS, cannot yet charge at Tesla Supercharger stations, nor was the vehicle attempting to. Rather, it was clearly intentionally parked to block access to both chargers at the end of the station amid an otherwise mostly empty parking lot (pictures via Scott Hall on Facebook):

It also happened to block a Supercharger stall reserved for people with disabilities.

Electrek contacted Mercedes-Benz of Knoxville dealership to ask them if they have a comment about their EQS being left to block two Supercharger stalls. We will update if we get a response.

The Mercedes-Benz EQS has been the German automaker’s response to the Tesla Model S, which had been taking sales from the Mercedes S-Class for years.

It looks like the local dealer or one of its employees thought it would be smart to use one of its fleet vehicles left unused during a holiday to partly block the local Tesla Supercharger in order for Tesla owners to see the Mercedes-Benz EQS.

If the goal was publicity, it was successful, but it’s not good publicity. They are blocking charging stations meant for long-distance travel during an extremely busy travel time. That would only succeed in frustrating the Tesla owners stopping by – not spark their interest in the EQS.

For that, they could have just parked the car in front of the Supercharger station, which is in the middle of a giant mall parking lot with plenty of empty parking spots.