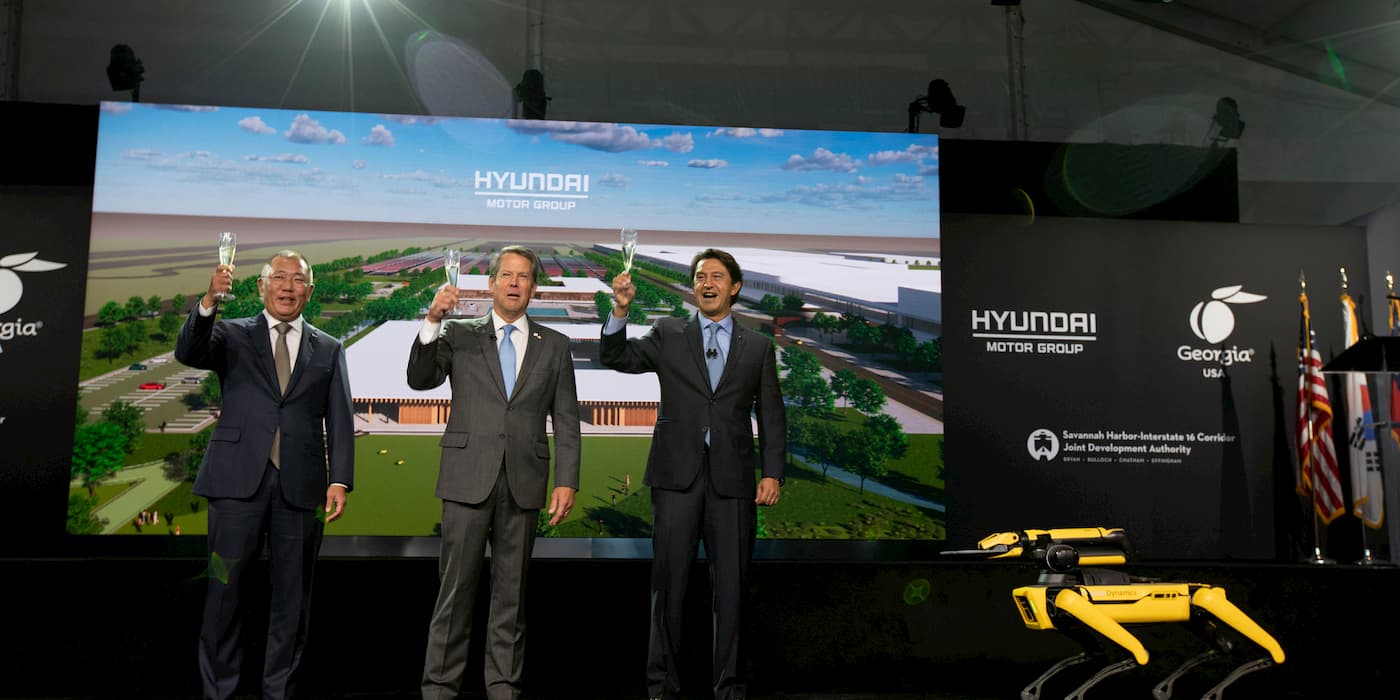 Hyundai Motor Group and SK On plan to invest $1.9 billion (2.5 trillion won) to build a new EV battery plant in the US. The partners are scheduled to sign a memorandum of understanding (MOU) on November 28 in Georgia, where Hyundai is building its first dedicated EV facilities.

According to the Korean Economic Daily, Hyundai and SK On are discussing a 50/50 joint venture to build the factory with an annual production of 20 GWh or enough for around 300,000 EVs.

Hyundai and SK have been in discussions since May to build a joint battery plant in the US. However, disagreements over how much each partner would receive have delayed progress.

In March, Hyundai outlined its strategy on how the automaker plans to become a global EV powerhouse, complete with local battery sourcing. To scale production in the US, Hyundai said it would build its first dedicated electric vehicle plant in Bryan County, Georgia.

The $5.5 billion EV facility was initially slated to begin commercial production in 2025, but with the passing of the Inflation Reduction Act in August, the South Korean automaker accelerated its timeline.

To satisfy the requirements of the IRA bill (battery sourcing and assembly) and to ensure its customers will receive the tax credit, Hyundai broke ground on its new facility on October 25. Although disagreements have delayed its US battery plant until now, a new report out of South Korea suggests Hyundai and SK On are planning to sign an MOU as early as next week to kick off production.

Hyundai, SK On building a $1.9 US battery plant

Hyundai and SK On are discussing a 50/50 joint venture for the new battery plant that expects 20 GWh annual capacity, enough for around 300,000 EVs.

The new battery plant will supply pouch-type EV batteries for new Hyundai models built at its new facility in Bryan County, Georgia. Hyundai is already using SK’s batteries for its award-winning IONIQ5, the recently launched IONIQ6, and Kia’s EV6. The automaker also plans to use them in the future IONIQ7 SUV, Genesis GV70, and Kia EV9.

The joint venture’s new battery plant is expected to start production in 2026. With enough annual capacity for 300,000 EVs, the same output expected from Hyundai’s Georgia facility, the automaker has also been in talks with LG Energy for another EV battery plant in the US.

The Hyundai Motor Group has had success thus far in the transition to electric vehicles with strong demand and award-winning models.

However, experts have warned that pressure could build on Hyundai’s EV sales due to the IRA bill’s strict battery sourcing and assembly requirements.