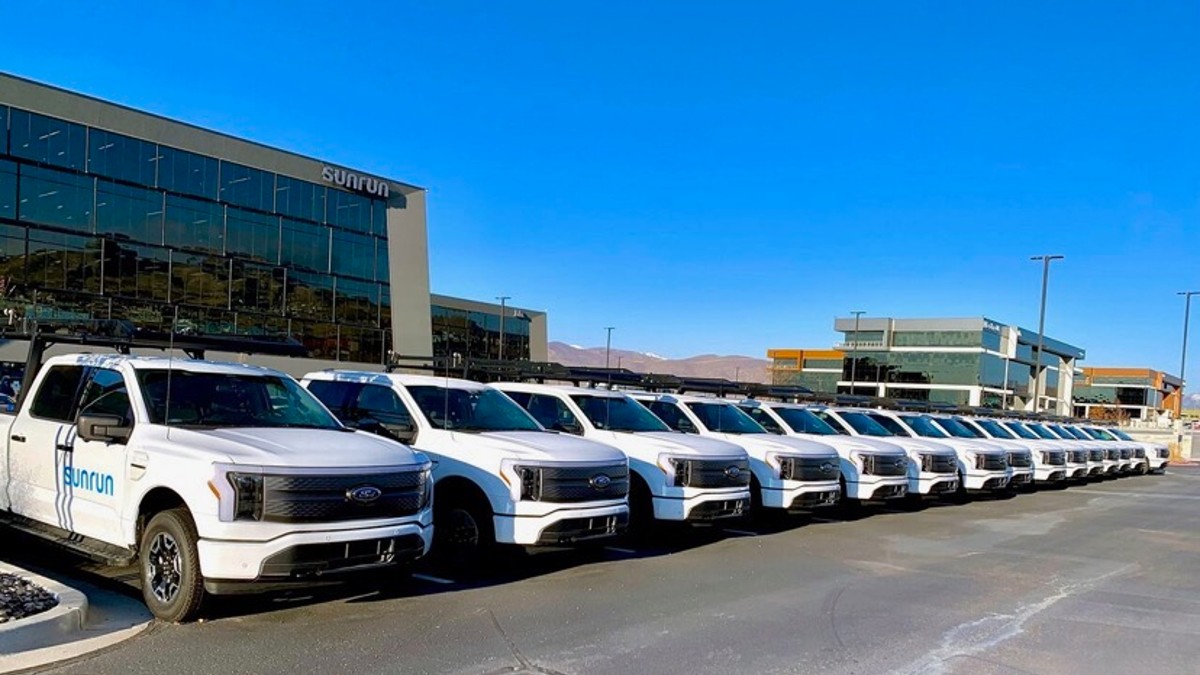 San Francisco-headquartered Sunrun, the largest residential solar and battery storage installer in the US, yesterday posted on social media that its transition to electric fleet vehicles is under way with a photo of Sunrun-branded Ford F-150 Lightnings.

Sunrun has a target of transitioning half of its vehicle fleet to electric or hybrid by the end of 2025. It’s also Ford’s official charging partner. So it’s not a surprise that solar giant Sunrun got their hands on some sweet new F-150 Lightnings to build up its electrified fleet. The company spokespeople didn’t say how many Lightnings they have, however, or where in the US they’re being deployed.

As Sunrun explains in its updated 2021 Impact Report, the solar and storage company has also partnered with Ford to enable Sunrun customers to use their Lightnings as a backup energy source to power their homes when needed.

Sunrun is the preferred installer of Ford Intelligent Backup Power, which consists of the 80-amp Ford Charge Station Pro and Home Integration system, which the two companies designed and developed together.

When the Lightning is connected to the bidirectional Ford Charge Station Pro, the home charging station can either charge the truck or power the home, assuming the home is properly equipped and the home transfer switch disconnects the home from the grid.

Michelle Lewis is a writer and editor on Electrek and an editor on DroneDJ, 9to5Mac, and 9to5Google. She lives in White River Junction, Vermont. She has previously worked for Fast Company, the Guardian, News Deeply, Time, and others. Message Michelle on Twitter or at michelle@9to5mac.com. Check out her personal blog.