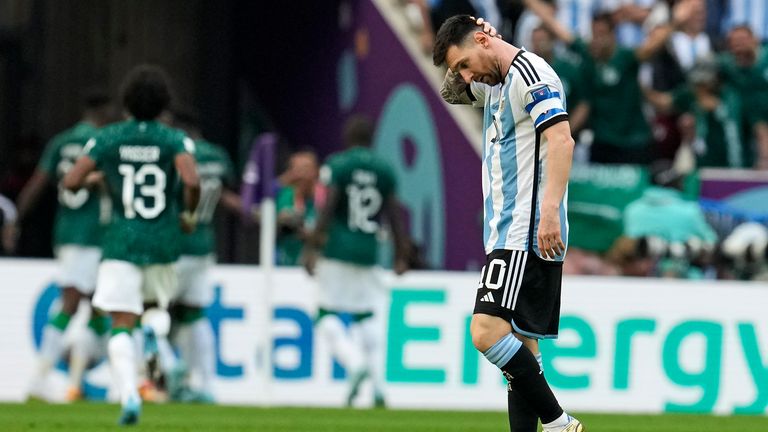 Saudi Arabia have beaten Argentina 2-1 to record one of the biggest shocks in World Cup history.

Lionel Messi had given Argentina an early lead against the middle eastern nation with a 10th-minute penalty.

The South Americans then had three goals chalked off for offside in the following 35 minutes, suggesting a heavy defeat for Saudi Arabia was likely.

But two goals in five minutes at the start of the second half turned the game on its head for a side that bookies were offering odds of 500-1 to win the World Cup before the tournament began.

Saudi had to hang on for around 14 minutes’ of added time before the referee blew the whistle for full-time, sparking delirious celebrations among their players and thousands of supporters in the ground.

Argentina were second favourites to lift the trophy before a ball had been kicked, having gone 36 matches unbeaten.

Their last defeat came three years ago, to Brazil.