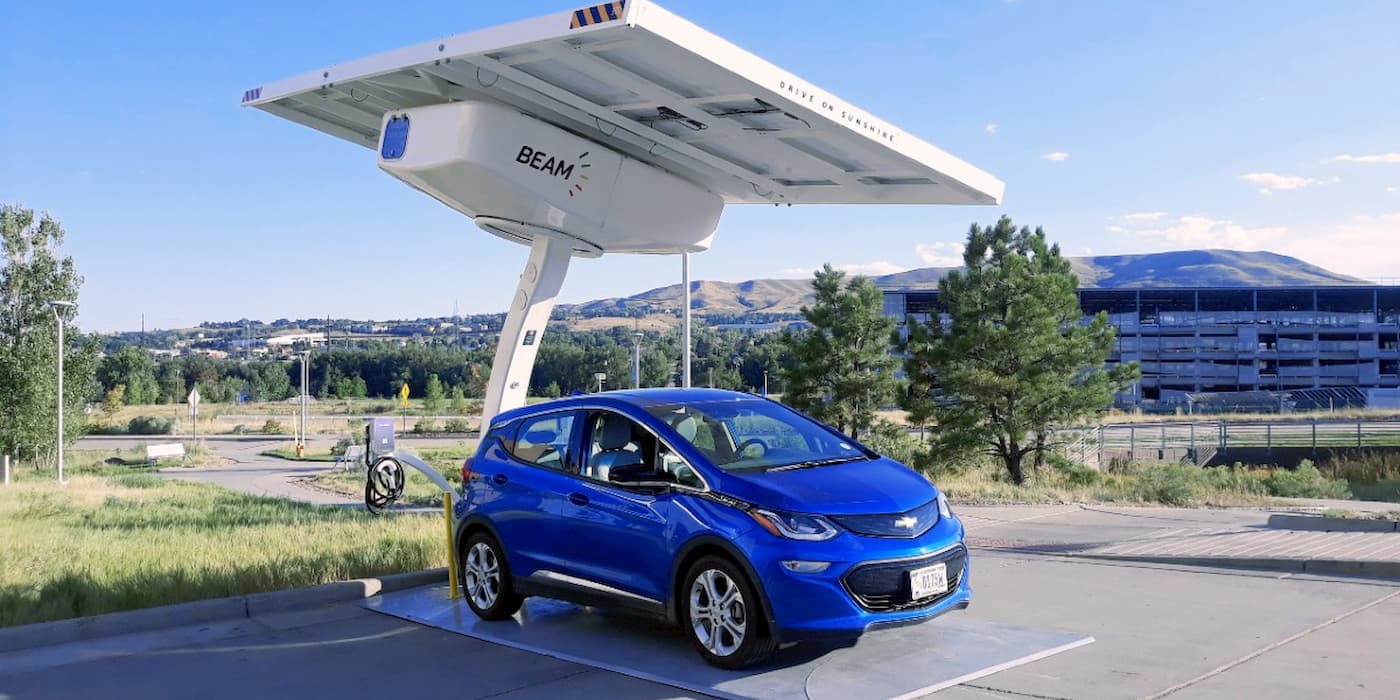 Puerto Rico is getting its first off-grid, 100% solar-powered EV chargers as the rising number of natural disasters pose a threat to the territory’s vulnerable grid. The US Department of Homeland Security (DHS) is funding the EV ARC infrastructure from Beam Global.

Grid outages have increased by 64% over the past decade, with 83% of them caused by weather-related events.

The rising number of intense natural disasters, such as hurricanes, poses a serious threat to Puerto Rico’s energy grid.

After Hurricane Irma and Maria plowed through the region, Puerto Rico’s government estimated it would require over $130 billion to fix and replace the island’s infrastructure.

Perhaps, more importantly, the hurricanes left the territories’ electricity grid in shambles, leading to the longest blackout in US history. Although several projects have been introduced to help establish long-term grid resiliency, there’s only so much that can be done to protect an island from 100+ mph winds and powerful flooding.

However, Beam Global, a leader in sustainable EV charging infrastructure, has a solution with its 100% solar-powered, off-grid EV ARC systems.

The company announced Tuesday that Puerto Rico has begun installing solar-powered EV ARC charging stations that can power up government fleet vehicles in the event of a natural disaster.

Desmond Wheatley, CEO of Beam Global, explains the importance of having options like its EV ARC, stating:

The increasing frequency and intensity of natural disasters calls for heightened disaster preparedness. Beam products are designed and engineered to perform in extreme conditions. There is an increasing recognition that 25% of EV charging infrastructure should be off-grid so that it continues to operate during centralized grid failure. These Puerto Rico deployments are an excellent example of the steps the U.S. government is making to provide the beginnings of a strategic electric reserve (SES) to match our Strategic Petroleum Reserve.

Beam’s EV ARC chargers can generate and store their own electricity by harnessing renewable energy from the sun. The charging infrastructure is designed to handle extreme weather with flood-proof capabilities up to 9.5 feet and wind resistance of 125 mph.

The company’s solar-powered EV ARC charging stations are included in the FEMA Authorized Equipment List under the designation 10BC-00-SOLR Chargers. Beam Global claims the infrastructure can be deployed in minutes, rather than months, with their personal record being four minutes.