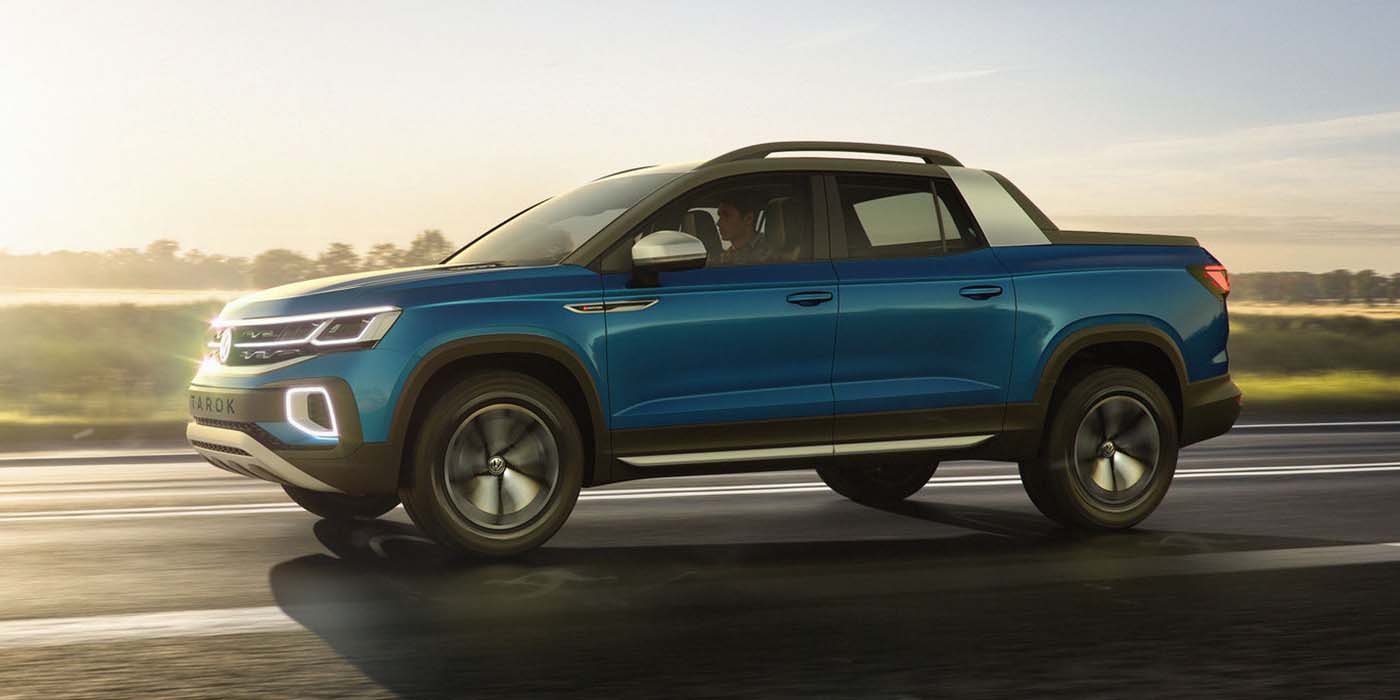 As more and more all-electric pickup trucks make their way to the US market, those consumers holding out for a Volkswagen branded model may need to let go and look elsewhere. According to Volkswagen’s new global head of passenger cars, an electric pickup truck is not a priority at the moment, despite comments from the German automaker’s newly appointed head of North America validating such desires.

A a global legacy automaker, Volkswagen Group and its coinciding marques have become household names in a number of vehicle segments, from sedans to SUVs, but it hasn’t produced a pickup truck in over thirty years – at least not in the US.

In recent years, the group’s focus has been on complete electrification throughout its global lineup, and has recently seen many of the struggles that coincide with shifting your entire business model to nascent technology. Part of the shakeups that ensued this year at VW HQ included an ousting of CEO Herbert Diess in favor of Porsche head Oliver Blume.

Concurrently, the head of Volkswagen North America Scott Keogh announced he was stepping down after five years to become CEO of the group’s revived Scout marque focused on delivering electric pickup trucks and SUVs. Executive Chair of VW South America Pablo Di Si took over for Keogh just over two months ago and already feels the US’ desire for a Volkswagen pickup is justified, as long as it’s electric.

Before you get your hopes up, however, you’re going to want to hear what the global head and CEO of Volkswagen passenger cars Thomas Schäfer had to say.

Volkswagen electric pickup “not a priority at the moment”

According to interviews from both Di Si and Schäfer reported by Automotive News Europe, an electric Volkswagen pickup is further away than many US consumers would like. Despite Di Si’s foresight that the US market in particular could be very enticed by a VW branded truck, the head of passenger vehicles says no, even with a new EV platform being developed for the new Scout marque.

During a small roundtable in Los Angeles before the 2022 Auto Show, Schäfer explained that Volkswagen has a clear blueprint for the future, and those plans do not include an electric pickup truck:

At the moment, our focus on the lineup doesn’t include it. At the moment, we have a clear lineup all the way through the second half of this decade. Then again, in the American market, if you do not play in certain segments, then you have to stay in a certain market share area. But the question of (VW’s new platform for Scout) is not our priority at the moment.

Schäfer’s crushing comments to dealers and consumers who have been waiting for a VW pickup comes just three months into his tenure as passenger car CEO, and about six months after Scout Motors CEO Scott Keogh shared a more optimistic outlook:

Where and when still leaves too much grey to truly paint a picture of a future colored with electric Volkswagen pickups. Plus, the decision is ultimately up to Schäfer at this point, so the future remains bleak. However, believers like Di Si are not giving up just yet:

What are the relevant segments in the US? SUVs and pickups. Are we going to have a pickup? I will try. Do we have one now? No. Right now, my focus is on strengthening the SUV portfolio. I will address pickups at the right time, but right now, I have other issues to tackle.

Di Si spoke highly of the Volkswagen Tarok concept (featured above) that debuted in Latin-America in 2019 during his time working in that region:

That was my baby. There is no pickup here — yet. But time will tell. I think we have the knowledge. I think the segment is relevant. And we are going to play the game and see where that kind of takes us.

While a future that includes an electric Volkswagen pickup seems unlikely right now, people like Keogh and Di Si are advocating for it. Only time (and the market) will tell.

Does Buick’s first Ultium-based EV revealed in China deliver the electrification the brand needs in the US?
U.S. oil giants Exxon Mobil, Chevron and ConocoPhillips challenged over ‘secretive’ tax practices