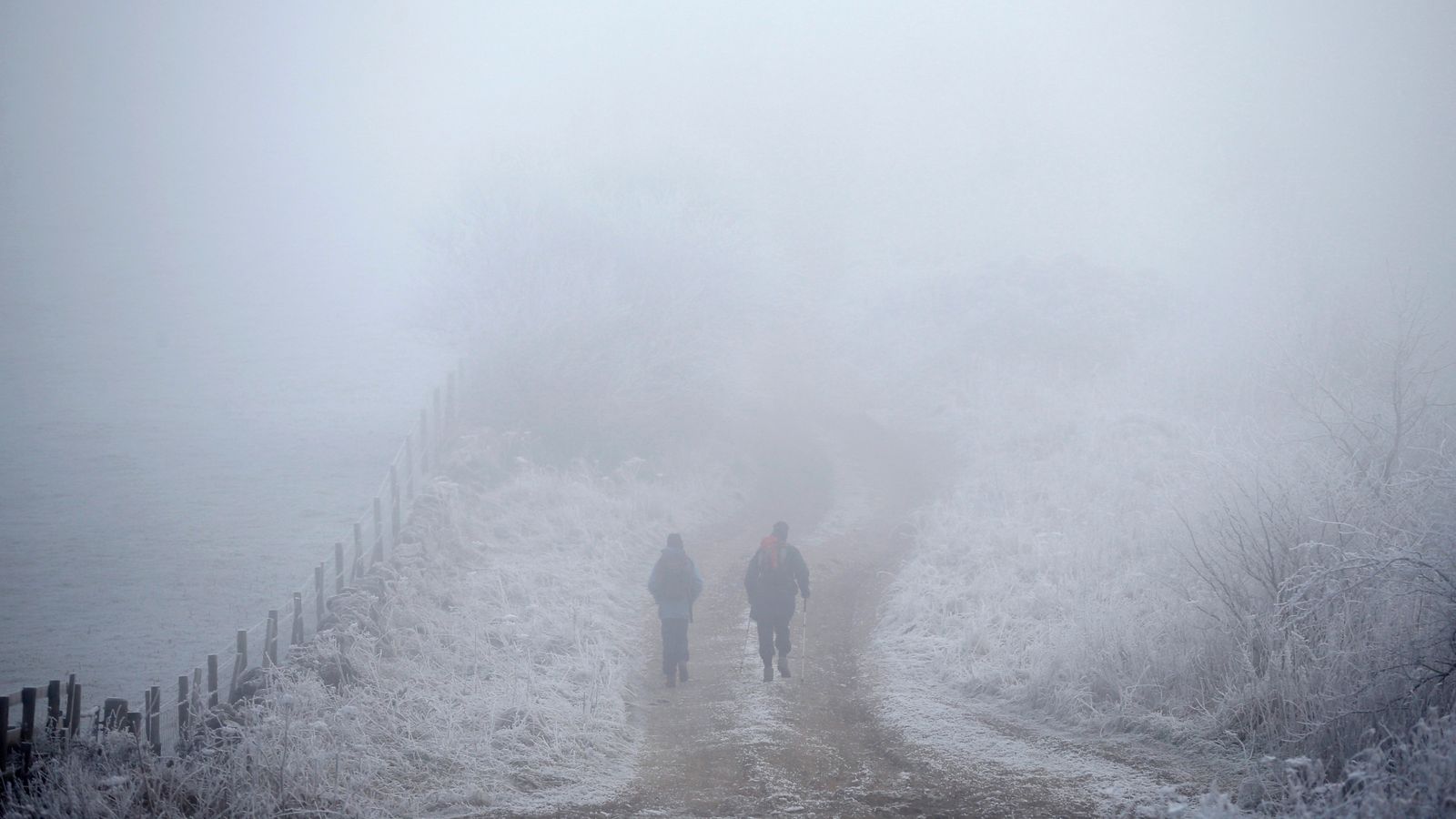 Gales, freezing temperatures, ice and fog are set to hit swathes of the UK this week, according to forecasters.

A yellow wind warning is in force for southwest England and South Wales between 6am and 6pm tomorrow, with gusts of up to 65mph on land and up to 80mph in coastal areas.

Check the weather in your area

“We’ve got two areas of low pressure that are coming towards the UK tonight and into tomorrow,” he said.

“The first one is towards the northwest of Northern Ireland and the second one’s coming up in Ireland and southwest England.

“They’re going to bring some very wet and windy weather.”

This includes the risk of very high winds in coastal parts of Cornwall, Devon and South Wales.

Mr Burkill said: “Tomorrow, it’s worth bearing in mind there’s a bit of uncertainty around this, so different models are doing slightly different things with the track of that low pressure.

“Particularly on your coastal parts of Cornwall, Devon and South Wales, there is the risk of some significantly strong winds.”

This could affect travel from airports in the region, such as Cardiff Airport and Exeter Airport.

He added that although no warning was in place yet, there could also be “significant” rain in western areas of Wales and Northern Ireland on Monday.

Temperatures are also expected to drop to as low as -4C (24.8F) in parts of the country on Monday morning.

“It’s going to be quite cold towards particularly northeastern UK,” he said.

“So, temperatures around -4C perhaps. And so that brings the risk of ice and fog, so it’s difficult driving conditions there.”

14-year-olds among teens arrested after boy, 17, stabbed to death at nature reserve in Cambridge
‘I was suicidal’: Loan sharks pose as friends to trap victims in cost of living crisis