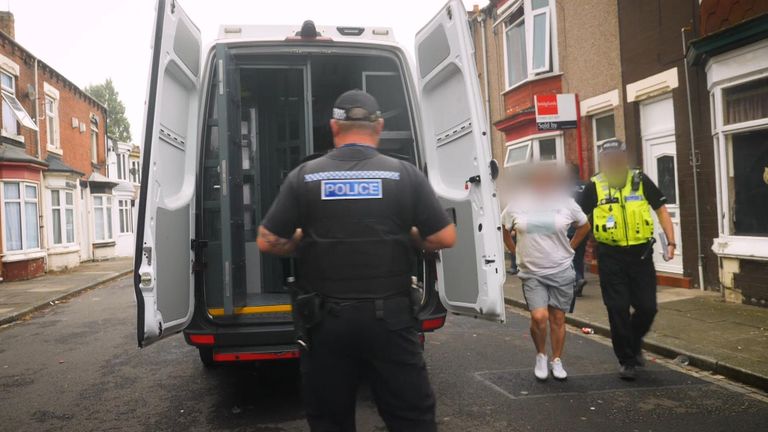 Families facing up to the spiralling cost of living are being targeted by predatory loan sharks who pose as friends and even using social media influencers to trap new victims.

It is estimated more than a million people are in debt to illegal money lenders, a number that has trebled in the past decade.

Investigators are concerned that the rising cost of living will push people who would not normally seek an underground loan to do just that.

Tony Quigley, head of England Illegal Money Lending Team, said: “One of the things we’re fearful of obviously is with the current situation around energy prices and inflation is that more people will be tempted to use this type of lender.”

Illegal lenders are increasingly operating on social media to entice and then exploit victims, sending threatening messages and shaming and manipulating them on group chats.

One convicted loan shark used an influencer to attract victims.

Loan sharks are also snaring victims by posing as friends who simply want to help out with cash loans before ramping up extortionate and arbitrary interest rates.

£50 loan that spiralled to thousands

One woman, a mother of three, was offered a £50 loan by a woman she met at the school gate.

The debt quickly spiralled and she ended up paying thousands in cash with no records kept.

“I was stressed over the repayments,” she said. “I knew I had to pay her back because I have seen what she had done to other people if they didn’t pay her back. She made it her business to know exactly what money went into my bank.

“I got to the point of wanting to end everything. I was very suicidal and didn’t know who to go to. There were threats on my life and on my home. I had windows put in and I would get messages off people bullying me because she had sent them to my door, she even used local youths in the area as a campaign of terror.”

‘Likely an illegal lender is someone you know’

The woman’s experience matches what was found in a study by the Centre for Social Justice, a think tank.

Matthew Greenwood, its head of debt, said: “I think the most startling thing that we uncovered was that over half of people who borrow from an illegal lender said that they perceived this person to be their friend when they first borrowed.

The study found that most victims have an income below £20,000, two-thirds already owe money to legal creditors, three-quarters are on benefits and two-thirds have a long-term health condition.

‘Pay me, don’t feed your children’

Experts say the crime is so widespread and hidden that victims are too scared or ashamed to report their experiences. The large sums of money and extortionate rates of interest take a psychological toll, leaving victims feeling trapped and helpless.

“We’ve seen some horrendous things that people have been subjected to,” Mr Quigley said. “We’ve had instances in the past where the loan shark has said to individuals: ‘Pay me, don’t feed your children.’

“We’ve also seen illegal lenders who have said they’ll send men round and they can pay the debt off through sexual favours so it is just hideous.”

The England Illegal Money Lending team, which was set up in 2004 and runs the Stop Loan Sharks helpline, is a specialist team of law enforcement officers combatting illegal lending and associated crime.

It has prosecuted more than 400 cases and written off £90m in illegal debt.