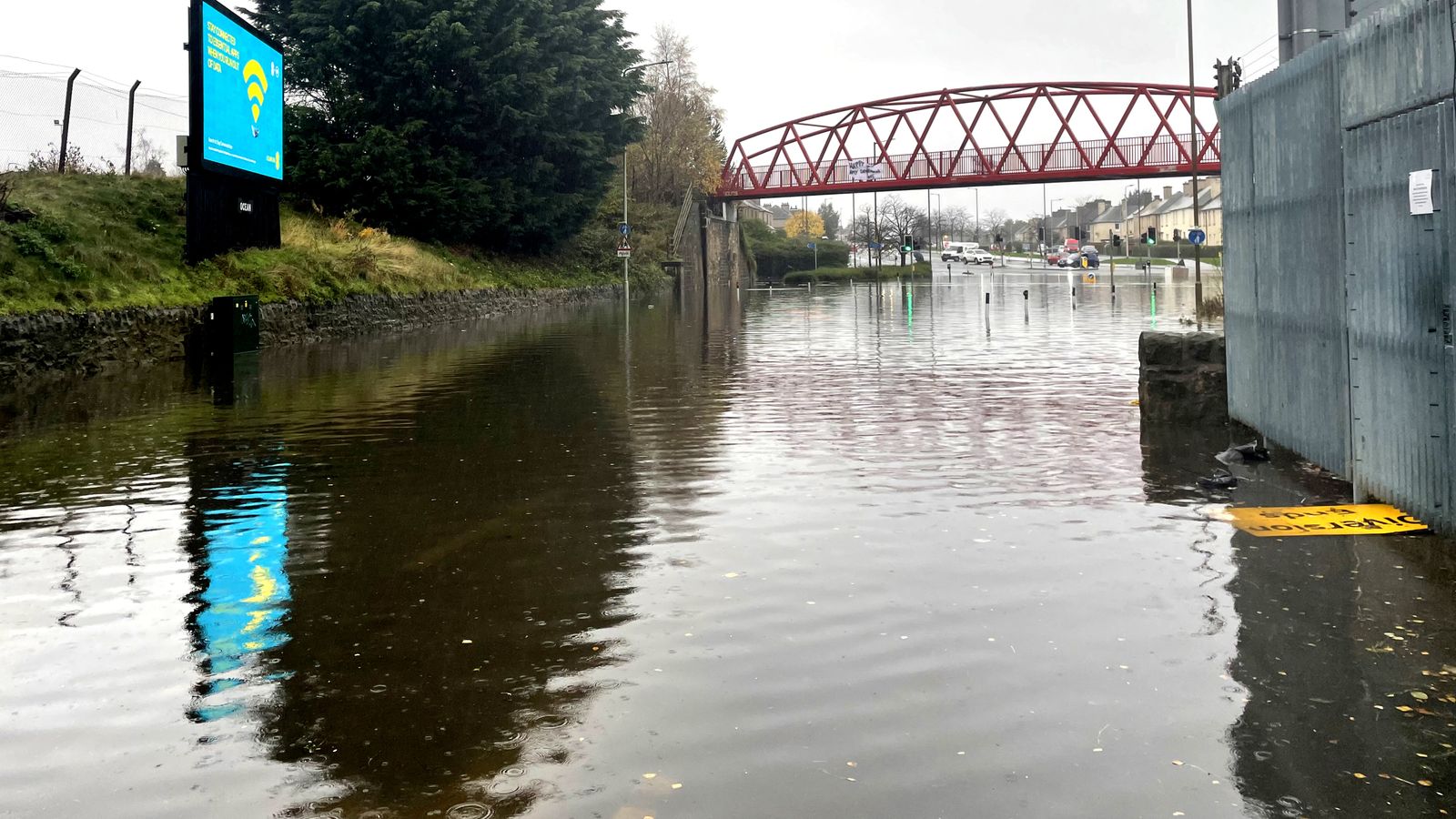 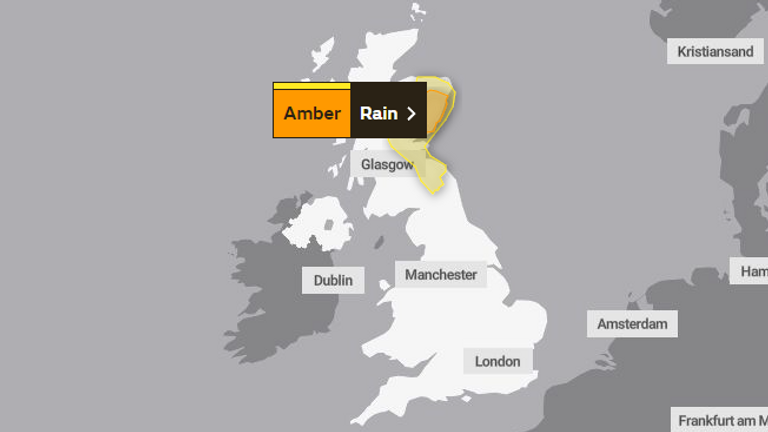 A woman has been reportedly swept into the River Don in Aberdeenshire as widespread flooding hit Scotland, police have said.

Police and emergency crews are on the scene where it is believed the person may have been trying to rescue a dog.

A Police Scotland spokesperson said: “Around 3.05pm on Friday, 18 November, police were called to the River Don near to Monymusk following a report of concern for a woman in the water.

“Police and Emergency Services attended and searches were carried out. Following assessments of the river conditions, the search has been stood down for the evening. Police inquiries are ongoing.”

Scotland has been battered with rain and flooding, with rest centres opening in some parts of Aberdeenshire after flood warnings were escalated to severe on Friday.

The northeast of the country has been hammered by the bad weather with the local council warning residents to take steps to protect their properties.

Road maps of closures due to floods have been circulated and rest centres will open in Ballater, Aboyne, Inverurie and Kemnay for those needing help and who are unable to stay in their homes.

Aberdeenshire Council warned that river levels will peak later on Friday, with sandbag points set up in the region to protect from floodwaters.

Power cuts are also affecting Inverurie, Kintore, Stonehaven, Portlethen and Hatton of Fintray, with reports of broadband also being down.

There was also localised flooding in some parts of Edinburgh, with pictures showing the Crewe Toll roundabout in the west of the city completely submerged.

The Met Office has said more than a month’s worth of rain had fallen in Charr, Aberdeenshire overnight with the total recorded as 140mm.

Train journeys across much of eastern Scotland have also been disrupted.

Forecasters have issued an amber rain warning for an area of northeast Scotland stretching from just north of Dundee up past Aberdeen until 9pm on Friday.

Meanwhile a yellow rain warning is also in place along the Scottish east coast from the English border up to Peterhead until 6pm on Friday.

It comes after a band of rain hit the coast of southwest England on Wednesday evening before travelling northeast over two days, causing flooding in many areas of the UK.

South of the border in northeast England, hundreds of people were left stranded at Newcastle rail station due to the cancelled services heading north to Scotland.

Huge queues for replacement buses were seen and passengers had been told they may have to wait up to five hours to board.

Queues for the bus services stretched hundreds of metres down the street outside the city centre station and spiralled around the concourse inside.

One woman heading for Edinburgh said: “This just can’t be happening. I’ve got a health condition and I can’t wait outside like this.”

James Brownhill, from London, said: “It’s just chaos. But there’s nothing you can do. If it’s flooded, it’s flooded.

“I think I’m just going to have to stay in Newcastle tonight.”

Met Office spokesperson Stephen Dixon warned that areas of Scotland could see homes and businesses flooding even as the rain eases later on Friday, while gusts could blow in excess of 50 knots.

He said: “Rain should ease later in the day but because of the delayed reaction of rivers to rain, some flooding events could still happen.

“There will be persistent and widespread rain for most of Scotland today as well.”

He also said temperatures are expected to drop, going as low as -4C in Northern Ireland, adding: “Fairly widespread frost is possible for much of the UK.”

While Saturday will be clear, Sunday sees another front of rain and heavy wind moving in from the west bringing the chance of thunder and lightning, Mr Dixon said.

“That sets up what is really the theme of the next week which is continued wet and windy weather for much of the UK,” he added.

Civil servants to go on strike, affecting ports, borders and transport
Bale Ale, bucket hats and flags: ‘Buzzing’ Wales fans head to Qatar for ‘once in a lifetime’ World Cup