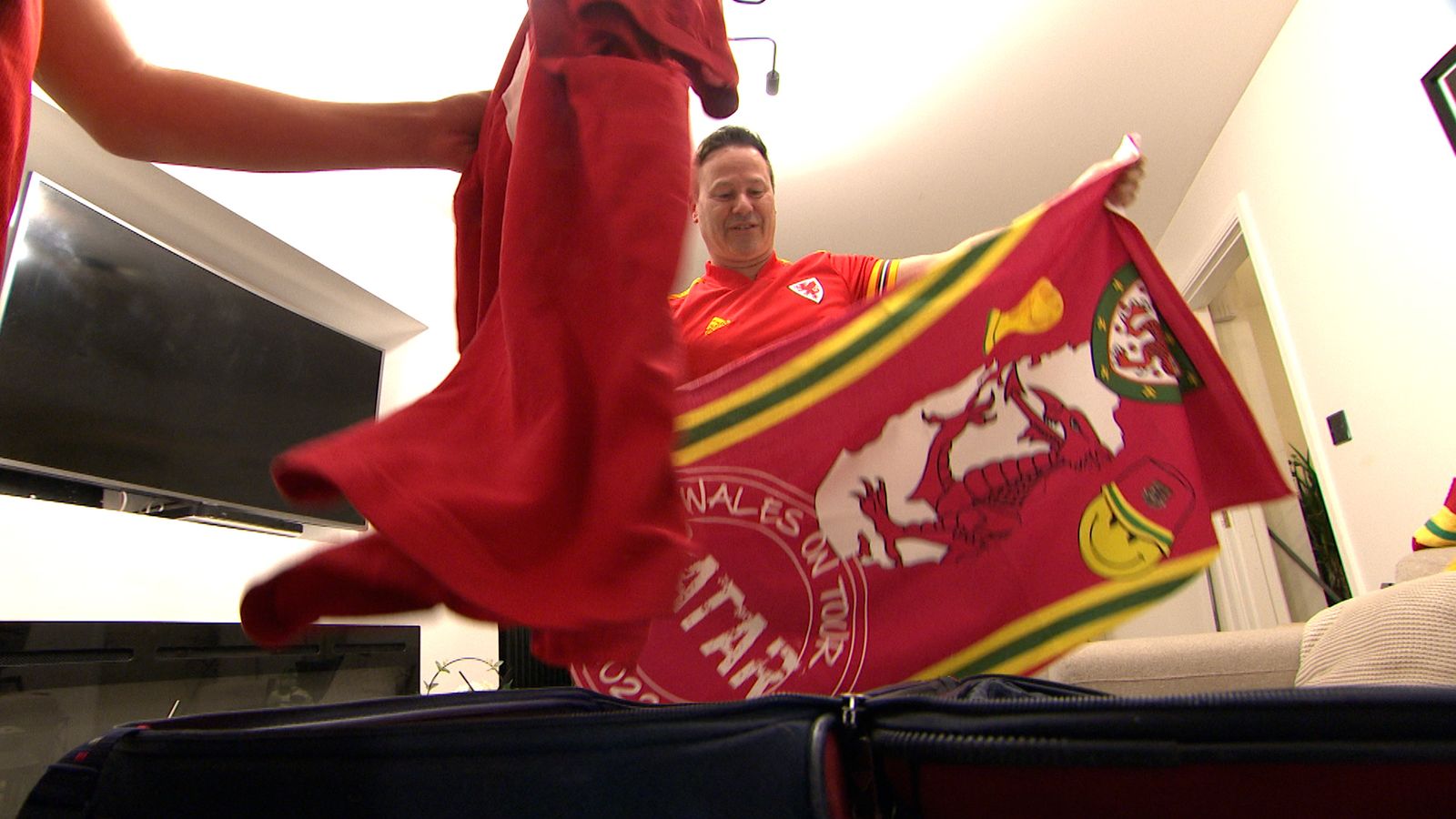 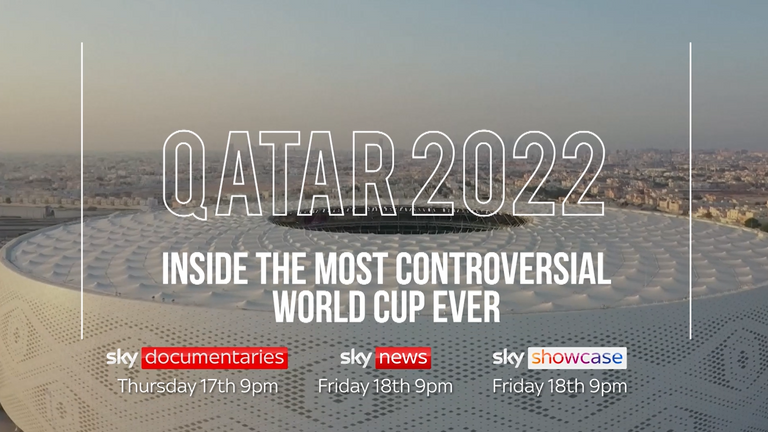 Around 3,000 Wales football fans are arriving in Qatar to support their home nation as they prepare to play in their first World Cup for 64 years.

Sky News has joined two families from South Wales as they jet off to the Middle East.

Welsh Flags, bucket hats and scarves are all being carefully folded and packed into a suitcase by Marcus Panayi and his 13-year-old son Theo at their home in Cardiff.

“I’m buzzing! I can’t believe it really that we’re going out there!” says Theo.

His excitement is echoed by his dad.

“It’s amazing, isn’t it?” says Marcus. “For me, I’ve been supporting Wales for 42 years, I’ve seen all the disappointment over the years, all the near misses, so really this is once in a lifetime.

“I think every Wales fan who’s going is just going to be on cloud nine when we get there – obviously a lot of the other big countries are used to qualifying, so I think it means a bit more for us.”

The pair will join other fans at a special party in the capital Doha over the weekend to welcome the Welsh contingent.

“We’ve been told the alcohol prices are really extortionate, so we are prepared for that, but I think we’ve just got embrace it. The fact we’ve qualified, we’ll focus on the positives and try to have a party as much as we can,” adds Marcus.

Twenty-five miles down the M4, near the English border, Huw Hudson and his daughters Amelie and Isabella usually watch Wales in action in their garden games room.

Inside, Wales football and rugby shirts adorn the walls, as do photos of Huw with Gareth Bale and Swansea City players.

The family will be staying in Dubai and catching internal flights to Qatar for each game – a cheaper option than staying in Qatar and one chosen by many Welsh fans.

We chat to Huw as he cracks open an aptly named bottle of Bale Ale.

“It’s something I’ve been dreaming of since I was a child,” he says.

“All I’ve wanted to do is to see Wales at the World Cup. There’s plenty of times where I never thought it would happen – but to be actually going, it’s a dream come true, once in a lifetime probably.”

Like all fans heading to Qatar, they’ve been told to be aware of cultural sensitivities.

Huw says: “There’s a chap who lives in Qatar who’s set up a Red Wall Facebook group which has been really useful so we can get all the local lowdown… just rules, cultures, things to expect and adhere to; so yeah it’s going to be interesting.”

While most fans travelling have paid for themselves, it’s reported a number of Wales and England supporters have had their trips funded by Qatari authorities as part of the Fan Leader Network.