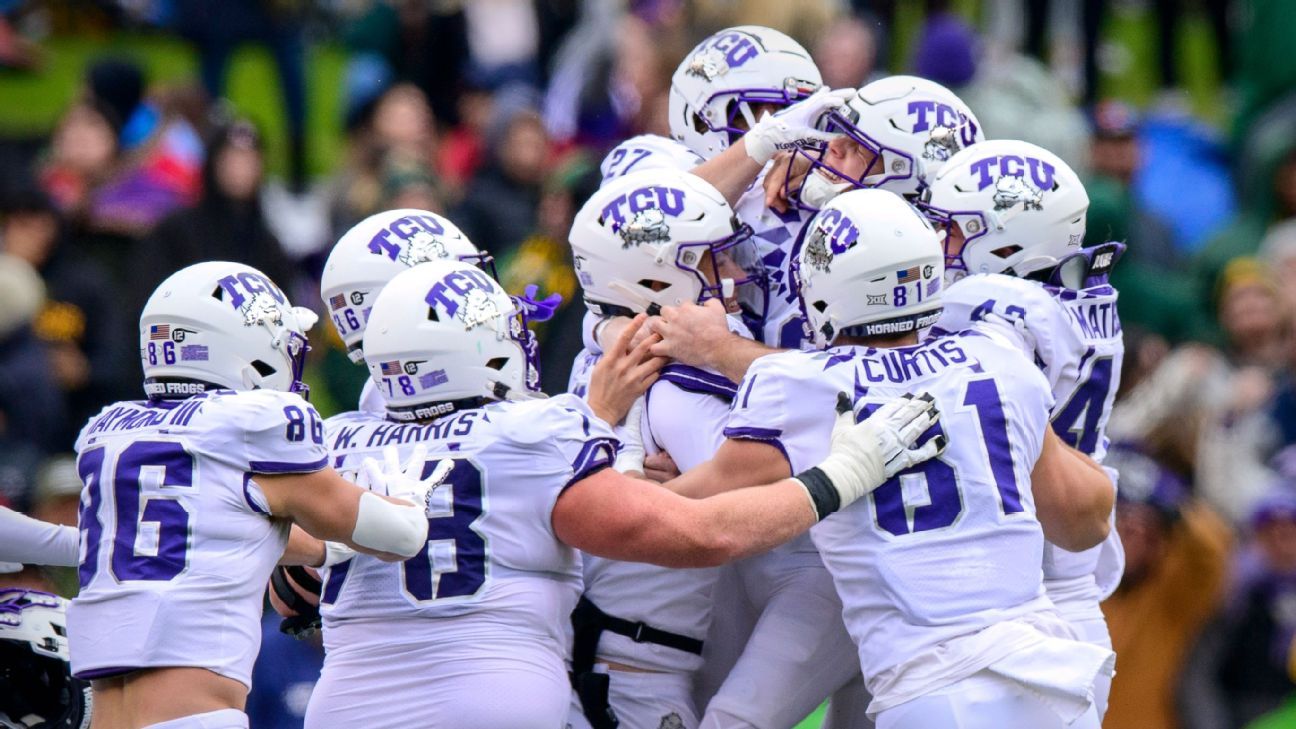 WACO, Texas — Griffin Kell kicked a 40-yard field goal on the final play of the game, and fourth-ranked TCU beat Baylor 29-28 on Saturday, scoring nine points in the final 2:07 to avoid another potential playoff-busting loss on the banks of the Brazos River.

After kicking deep, TCU used all three of its timeouts while forcing a three-and-out, and got the ball back with 1:34 left at its 31. Max Duggan converted one third down with a 12-yard scramble, and after Demercado’s third-down run to the Baylor 23, the field goal unit scrambled onto the field with the clock running. The kick by Kell, who earlier had an extra-point attempt clank off the upright, went through as time ran out.

TCU, which had already clinched a spot in the Big 12 championship game, hasn’t been undefeated this deep in a season since 2010, when it finished 13-0 with a Rose Bowl victory and No. 2 national ranking.

When the Frogs played at McLane Stadium for the first time in 2014, after the facility first opened, they lost 61-58. That was their only loss that season, and they went on to share the Big 12 title with Baylor. They were the first two teams left out of the inaugural four-team College Football Playoff.