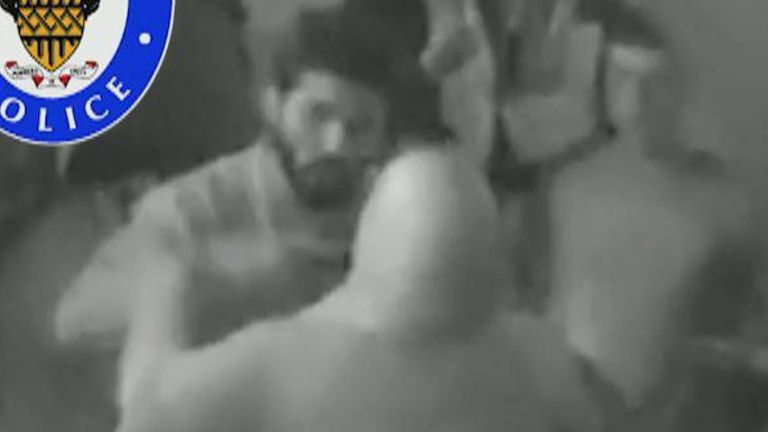 Multiple failures by West Midlands Police officers “materially contributed” to the deaths of a woman and her mother who were murdered by the daughter’s abusive estranged husband, an inquest has found.

Raneem Oudeh, 22, and her mother, Khaola Saleem, were stabbed to death outside Mrs Saleem’s home in Solihull in August 2018.

They were murdered as Ms Oudeh was on the phone to West Midlands Police, one of several 999 calls she had made to report how scared she was of Janbaz Tarin, her estranged husband.

Tarin admitted the murders and was jailed for life with a minimum of 32 years in December 2018.

The inquest has heard evidence of police call-outs to Ms Oudeh’s address on seven separate occasions in the weeks leading up to the murders.

Recordings of 999 calls were played to the inquest jury, where she was told “go to your Mum’s, lock the door, and we will see you tomorrow.”

One of the several desperate 999 calls, Ms Oudeh made

She had reported threats to kill, violence and stalking, but officers failed to arrest or investigate Tarin before the murders.

Weeks before he murdered her, she had left her husband after discovering he had three children and a secret wife who was pregnant with a fourth child in Afghanistan.

The inquest was told that in the months leading up to the stabbings Ms Oudeh called 999 14 times to report incidents of domestic abuse which included threats to kill her and to stab her and yet repeatedly police did not log these reports correctly, did not follow up on them correctly, and did not assess them correctly.

West Midlands Police on Friday admitted frankly, “we should have done more,” and said Raneem and Khaola’s family’s dignity throughout the inquest “has been humbling”.

An investigation by the Independent Office for Police Conduct found there were “missed opportunities”.

Read more: Catalogue of police failures and missed opportunities that led to deaths of two women

Ms Oudeh had also told family members, Tarin had threatened her, saying “if you leave me, I will kill you and your family”.

She had been living with Tarin and her two-year-old son from a previous relationship, but neighbours say she had moved back to her mother’s house after a series of rows.

Tarin continued to harass and threaten her, sleeping outside Mrs Saleem’s house for 12 consecutive nights.

On the night of the murder in August 2018 the pair were seen on CCTV arguing in a shisha lounge in Birmingham.

Ms Oudeh, who was with her mother as the argument escalated, was seen on the footage calling 999, her first of four calls to police that night.

Tarin was kicked out by staff, but moments later drove past in his van, indicating a cutting motion across his neck towards Ms Oudeh.

He then drove to his father’s supermarket and hid a 12-inch steak knife in his waistband before leaving.

His van was captured on CCTV driving towards Mrs Saleem’s home in Solihull.

At 12.26am, Ms Oudeh made the last of her calls to police that evening to say she would be at the Solihull address.

Ten minutes later, they called her back to say officers would call her the following morning to go through the incident.

During that call screaming could be heard in the background, with the words “he’s there, there, there”.

There were further screams before the call went silent.

The women both died of multiple stab wounds during a frenzied attack.

Tarin fled the scene, but was arrested days later following a major manhunt.

Kinaan Saleem, 19, Mrs Saleem’s daughter, who was babysitting Ms Oudeh’s son and witnessed the murder, told Sky News: “I was just about to go to bed until I heard screaming, loads of screaming.

“I looked outside my window and I saw my mother already on the floor and my sister standing next to the perpetrator and he did his killing and dropped his knife and went to the van.”

Kinaan was just 14 years old at the time.

“Until this day, it’s been really hard to deal with,” she said.

“It’s just really hard to cope. From the first call to a police officer, it could have been prevented. Knowing that she actually cried for help and begged for them, and they did not come at all.”

Nour Norris, Mrs Saleem’s sister and Ms Oudeh’s aunt, said: “It’s like watching a horror movie in slow motion as we head to the inevitable conclusion.”

“It was devastating to us because we’d never heard those calls before. Raneem was very clear,” she told Sky News.

She said the family were “very deeply disappointed, very angry, mixed emotions. We are very concerned today about domestic abuse victims and what is happening to them”.

“We do blame the police because the proof of the inquest has shown very clear that the system is failing miserably,” she added.

“The death of my sister and my niece could have been prevented.”