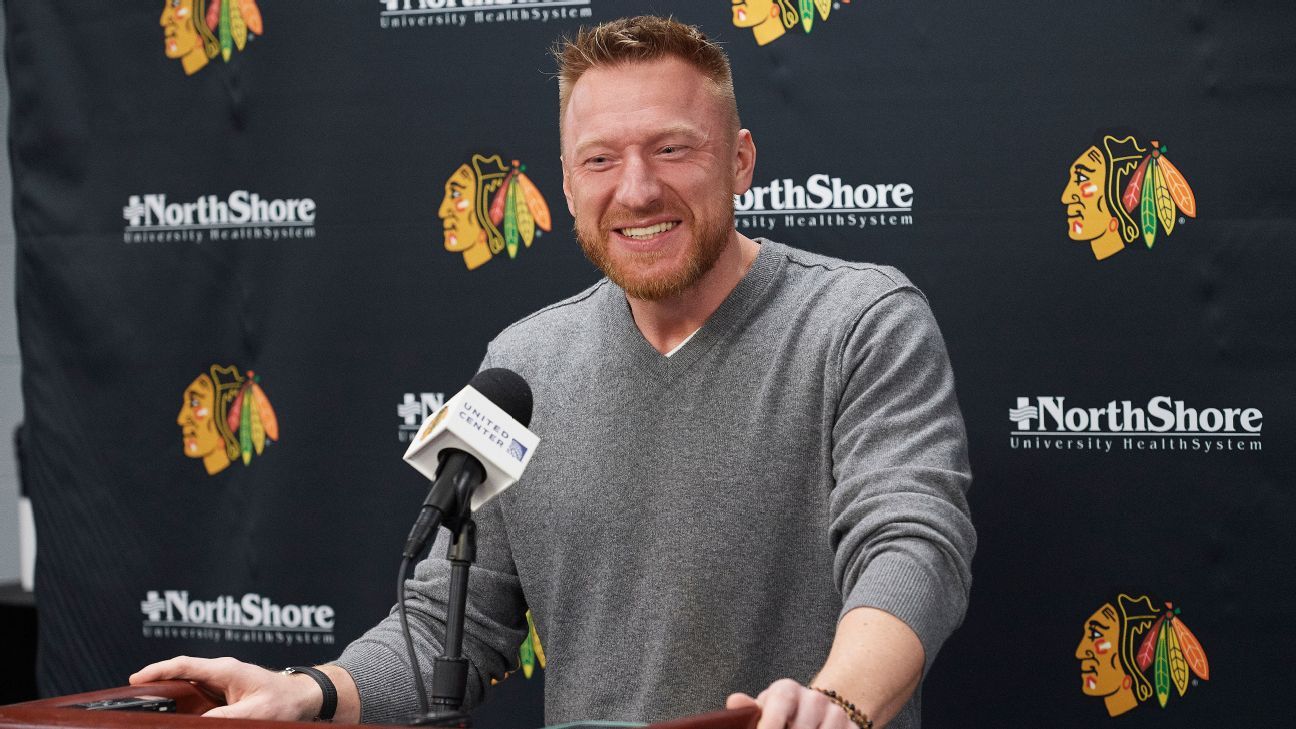 Hossa, 43, gets his moment before Sunday night’s game against Pittsburgh, another one of his five teams during his 19 NHL seasons. He becomes the eighth player to have his number retired by Chicago, joining an impressive list that also includes Stan Mikita, Bobby Hull, Denis Savard and Tony Esposito.

During his eight years in Chicago, Hossa scored 186 of his 525 career goals and collected 229 of his 609 assists while playing a 200-foot game that helped the development of the team’s young stars, sparking a remarkable run of success for the franchise.

“Everyone talks about his two-way game, but he had 500 goals, too,” Blackhawks forward Patrick Kane said. “So he’s a pretty impressive offensive player, but brought a lot to our team.”

Hossa stepped away from the game after the 2016-17 season because of a progressive skin disorder. He was inducted into the Hall of Fame a year ago.

Free from the grind of games and practices that irritated his skin condition, Hossa is feeling good these days. And he is hoping to take on a more active role with the Blackhawks.

“Definitely like to be a small part with the Blackhawks organization,” said Hossa, who also has a new book out on his hockey career. “I know it’s been a long time but try to make sure I’m going to make the right decision with what part I will take.”

In 2010, it finally worked out for the rugged winger.

After signing a 12-year, $63.3 million contract with Chicago in free agency, Hossa helped the Blackhawks win the Stanley Cup for the first time since 1961. With Hossa’s two-way game and the rise of a strong group of young players that included Kane and Jonathan Toews, Chicago won the championship again in 2013 and 2015.

Hossa’s commitment to defense left a lasting impression on Kane.

“Teams would be transitioning the other way and he would come from behind and pick the guy, and then all of a sudden you got an odd-man rush or 2-on-1 break the other way,” Kane said. “But you definitely see the effect that has on the team and the game, and you try to do that as well. And it gets you into the game when you do something like that.”

Hossa was known more for his offensive skill when he broke into the NHL with Ottawa in 1997. But he learned a lot about playing a more well-rounded game during his one season with Henrik Zetterberg and Pavel Datsyuk in Detroit.

“The break came when I joined the Detroit Red Wings, and that year gave me so much, even when we lost,” he said. “I learned from the best to play the right way, and I think when I came to Chicago I saw so much talent so I knew you don’t have to worry about scoring goals that much.”