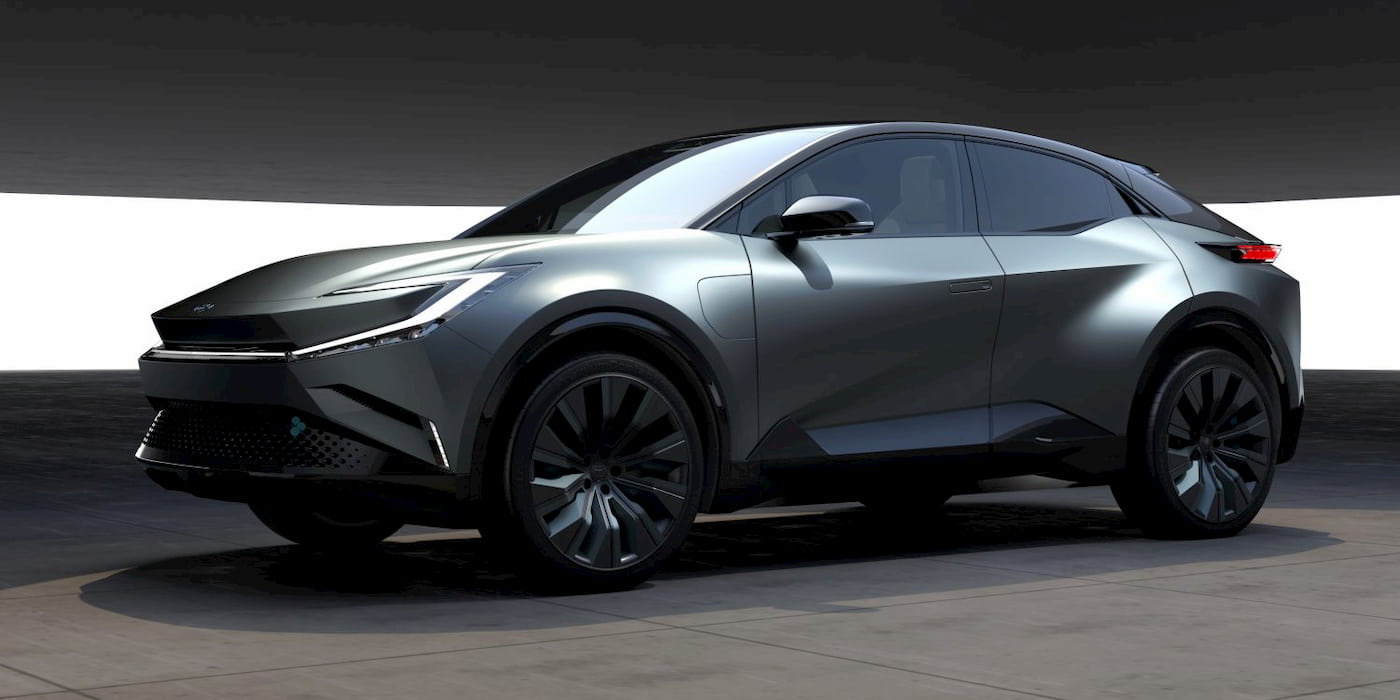 At the LA Auto Show, Toyota revealed its bZ Compact SUV Concept, the second fully electric vehicle from the bZ (Beyond Zero) lineup. Despite Toyota claiming “Beyond Zero,” the automaker has little to show in terms of zero-emission EV sales.

After hyping the debut of its fifth-generation hybrid Prius, Toyota is giving us a look at what could be its next pure electric model.

Although Toyota has been a leader in hybrid technology for over 20 years, the automaker has struggled to shift to pure electric models. Toyota released its first pure EV, the bZ4X, earlier this year, and unfortunately, the rollout has been disappointing.

The automaker recalled all EV models sold over concerns that the “wheel can detach from the vehicle.” Since then, Toyota has lightened up somewhat to the idea of fully electric vehicles.

At the end of August, Toyota said it would commit an additional $2.5 billion toward its NC EV battery plant, which would:

Serve a central role in Toyota’s leadership toward a fully electrified future and will help us meet our goal of carbon neutrality in our vehicles and global operations by 2035.

And then, more recently, reports surfaced that Toyota is “considering a reboot of its electric-car strategy to better compete in a booming market,” even though company executives have continuously denounced going all in on electric vehicles.

To date, Toyota has sold a total of 232 fully electric vehicles despite calling itself a “leader in electrification.” Hopefully, Toyota’s second EV and recent initiatives can help give life to the automaker’s zero-emission strategy.

The bZ compact SUV is designed from the ground up in what Toyota refers to as “a clean-vital design approach.”

Although the automaker isn’t releasing specs yet, it does say its second EV “represents a vehicle with zero emissions, utilizing eco-conscious interior materials, that also brings dynamic performance, leading technology and a stylish appearance.”

Toyota says it went for a “futuristic look” with an aggressive wheel stance, short overhangs, and sweepback angles. The bZ compact SUV includes several eco-friendly features, such as using plant-based and recycled materials for seating as part of its “Beyond Zero” theme.

With a focus on connectivity, Toyota includes an “in-car agent” named “Yui” that connects passengers with the vehicle.

The new EV is part of Toyota’s strategy to release 30 battery electric vehicles by 2030 while accelerating it toward its goal of carbon neutrality by 2050.

It’s good to see the world’s largest automaker digging deeper into electric vehicles. At the same time, it’s just a concept vehicle, so we don’t know when or if it will come to market.

Will it be too little too late for Toyota? The company is clearly still focused on hybrid technology, if you have yet to notice, as it releases its fifth generation Prius.

On the one hand, Toyota’s new Prius is an upgrade from previous models with a usable range (36 electric miles), so the company is heading in the right direction. However, when it comes to fully electric, Toyota still needs to catch up.

Instead of wasting time and resources on inferior technology like hydrogen fuel cells, Toyota should double down and invest in a mass-market EV. Will the bZ compact SUV be that vehicle? Time will tell.