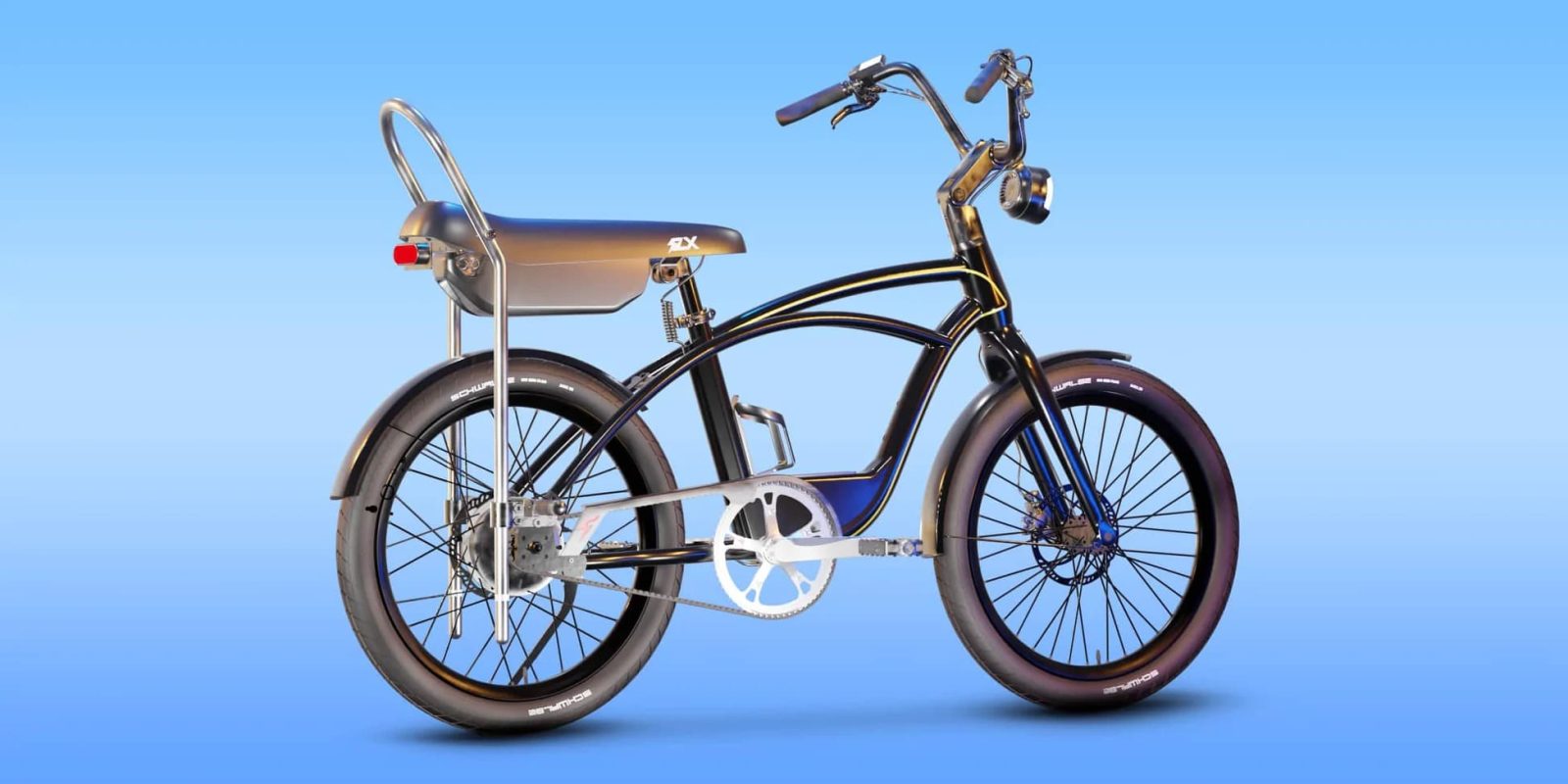 A new electric bike has just been unveiled that is sure to turn nostalgic riders into the coolest big kid on the block. Meet the FLX Menace, which has an unmistakeable resemblance to a certain classic bicycle from the 1960s.

The company surely can’t come out and say it, but there’s no mistaking that the FLX Menace is based on the timeless Schwinn Stingray bicycle.

First debuted in 1963 and produced through the mid 1980s, the Schwinn Stingray brought motorcycle coolness to grade school kids all over the country.

The FLX Menace carries over many of the same design stylings such as the swooping frame, banana seat with sissy bar, and the tall ape hanger handle bars.

As the company explained:

True classics never go away. They just come back even better. Our new electric bike, “The Menace”, has all the throwback charm mixed with a modern touch. Get ready to experience a modern take on an old familiar bike.

The Stingray was originally launched as a single speed, though multi-speed variants followed in later years.

The 3-speed “Stik Shift” version is a highly sought after classic that has become exceedingly rare after being banned due to an ill-placed shift lever that left a few unlucky teenagers forever singing in the boy’s choir.

That shouldn’t be a problem on the FLX Menace, which appears to be a single-speed design using a rear hub motor to make up for a lack of changeable gears.

Based on early renderings of the bike just released this morning, the FLX Menace looks to use a belt drive instead of a chain drive. Together with a hub motor in the rear, that setup precludes the option for multiple gear ratios.

While we can glean a few other tidbits from the images, such as a pair of Magura hydraulic disc brakes, a set of rear pillion pegs for a passenger, and a rigid frame design, we don’t yet have any tech specs.

The bike is likely to do at least 20 mph (32 km/h), and may even allow class 3 speeds of up to 28 mph (45 km/h). It looks to have a large enough battery hidden under that banana seat to allow higher speeds or longer range riding. But until FLX decides to share tech specs with the world, we’ll have to guess at what the bike will be capable of.

For now, the company is taking reservations of $100 towards an estimated price of $1,999. The bike won’t be ready to ship until summer 2023, so anybody tossing down a Benjamin will have a while to wait at the front of the line.

That’s a pretty penny higher than the 1963 Schwinn Stingray’s $69 price tag. Though the FLX Menace is testament to the fact that even though the times (and prices) have changed, style doesn’t have to.

This isn’t the first time we’ve seen a retro take on a modern electric bike.

Harley-Davidson’s e-bike brand Serial 1 is known for eye-catching custom designs based on the brand’s high quality electric bikes. One of the most interesting was a retro-inspired design that looked straight out of the Stingray lineup.

Compared to Serial 1’s higher prices though, the FLX Menace is likely to roll in with a much more affordable price tag.