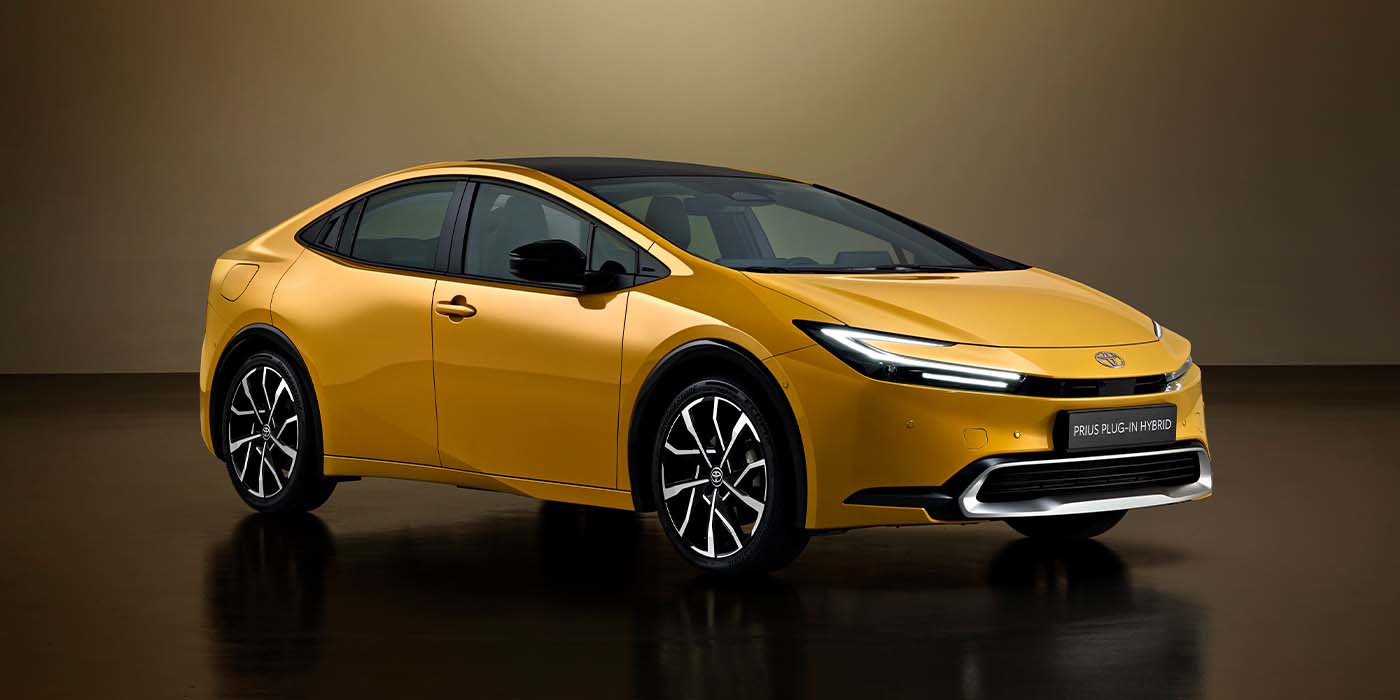 Toyota launched the global world premiere of its fifth-generation Prius from Japan this morning. The famed plug-in hybrid sees a new exterior design and will deliver a decent boost to its electric range compared to its previous generation.

The Toyota Prius has been in production for over two decades and holds its spot in automotive history as the first mass produced hybrid electric vehicle in the world. It has been sold as a plug-in hybrid EV since 2012, which was followed by the Toyota Prius Prime first introduced in 2016.

The Prime offered an all-electric EPA range of 25 miles, over twice the range of the first generation model. With today’s announcement of Toyota’s next generation of plug-in hybrid, the Prius can deliver even more all-electric range alongside a more aerodynamic design. Have a look.

Toyota shared details of the new Prius via a press release following its global premiere event (seen below). The vehicle features a new plug-in hybrid system complete with a more powerful motor (and engine).

The body of the new Prius has been “aerodynamically streamlined” for better fuel efficiency, handling, and stability. Its second-generation GA-C platform features less weight, increased rigidity, and a lower center of gravity as well.

According to Toyota, the target of this new Prius was to enable drivers to complete a majority of their daily commutes in EV mode, which provides 50% more range than the previous generation (~36 miles vs. 25 miles). This added range comes from the Prius’ new 13.6 kWh lithium-ion battery, integrated with more energy dense cells installed under the rear seat.

Following the debut in Japan, the fifth-generation Toyota Prius will be in display at Automobility LA. Its European premiere will take place on December 5 ahead of sales in the spring of 2023 in the plug-in version only. Check out the world premiere video below.

While the Prius cannot be forgotten for its role in the automotive market as a once-dominant segue into all-electric vehicles, Toyota’s profound emphasis on this latest generation PHEV as a design feat to be celebrated completely undermines its lack of dedication to the BEV industry that is speeding forward without it.

The added all-electric range is nice and all, don’t get me wrong. The new Prius could serve as an excellent affordable commuter car for those consumers who may not exhaust all of their 13.6 kW battery to and from work each day. In that sense it’s good, but this is still a vehicle equipped with a combustion engine that releases carbon emissions. So it’s a non-starter for me.

I can’t help but feel as if I’m sharing news of a brand new DVD player in the age of streaming. Plug-ins are certainly better than traditional combustion vehicles and plain old hybrids, but we’ve already seen BEV models in the $40,000s with several more on the horizon pushing $30k. At that price point, why bother with a Prius?

Perhaps it could serve as a stopgap before your next BEV, especially with such high wait times due to exorbitant demand. We can never knock the Prius for what it helped start for electric vehicles, but its time in the sun sure appears to be fleeting, so forgive me if I’m not as eager to put Toyota up on my shoulders as a champion for delivering yet another hybrid, even if it is a plug-in.