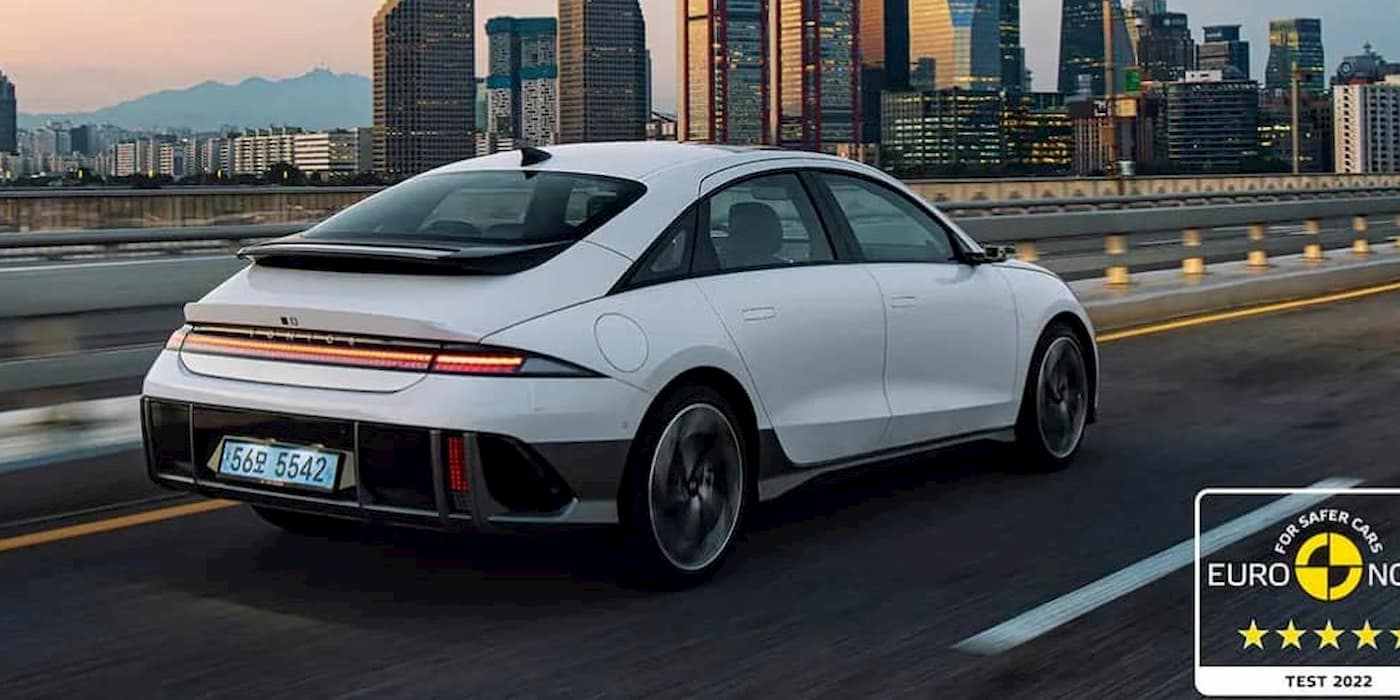 Hyundai’s second dedicated electric vehicle, the IONIQ 6, is due for its world premiere tomorrow, November 17, but the EV is already making big headlines. The IONIQ 6 EV earned the top five-star safety EURO NCAP rating, joining the IONIQ 5 as one of the safest models to drive in Europe.

The long-awaited IONIQ 6 EV, Hyundai’s “electrified streamliner,” is about to make its grand debut. Hyundai says it will be one of the most energy-efficient EVs with WLTP-rated energy consumption of 13.9 kWh/100 kilometers.

On top of this, the Hyundai IONIQ 6 will be the automaker’s first model to include over-the-air (OTA) software updates. The feature allows drivers to upgrade the EV’s battery and controllers for electric devices.

Hyundai’s second dedicated EV is creating quite a stir among EV enthusiasts and even those that don’t drive electric. After releasing 2,500 first-edition IONIQ 6 models, the EV sold out in less than 24 hours.

The “new standard in dynamic EV driving,” as Hyundai refers to it, has now received a top safety rating.

The fact that IONIQ 6 has followed IONIQ 5 in achieving the maximum five-star safety rating from Euro NCAP is proof that not only is Hyundai a leader in future mobility, but also that our models are among the safest in Europe.

The IONIQ 6 is equipped with seven airbags as standard and features such as Hyundai’s Smartsense Advanced Driver Assistance Systems to promote passenger safety. Other safety features include:

Hyundai’s IONIQ 6 EV takes backseat passenger safety into account, with a safe exit warning (SEW) warning passengers when a vehicle is approaching before getting out.