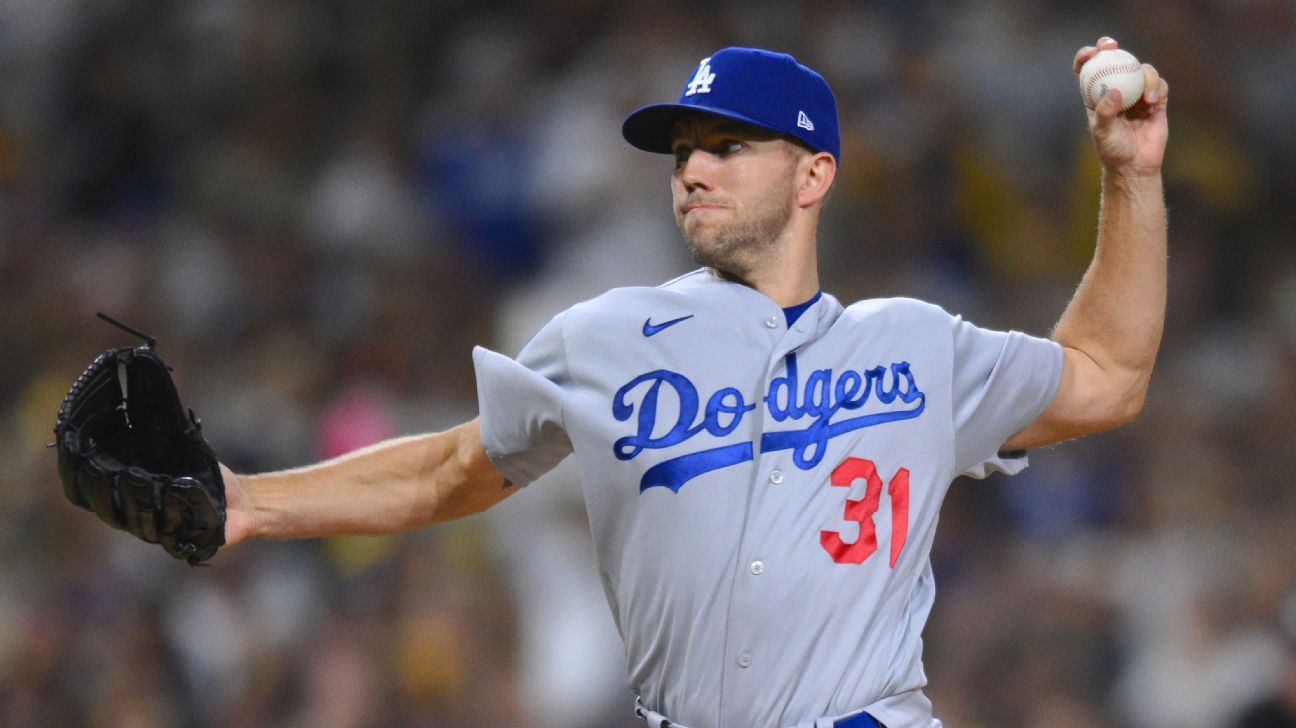 The Los Angeles Angels, once again in need of a starting pitcher to slot near the top of their rotation, have agreed to a three-year contract with Tyler Anderson, sources told ESPN’s Jeff Passan.

The deal, valued somewhere in the neighborhood of $39 million, was struck hours before Tuesday’s deadline for players to decide whether to accept the qualifying offer. Anderson was given the one-year, $19.65 million qualifying offer by the crosstown Los Angeles Dodgers but instead opted for a multiyear agreement.

The Angels will now lose their second-round pick and the Dodgers will gain a pick after the fourth round in next year’s draft.

Anderson, 32, enjoyed a breakout season with the Dodgers in 2022, making his first All-Star team while going 15-5 with a 2.57 ERA in 178⅔ innings. His changeup was one of the best in the sport, trailing only Sandy Alcantara‘s with regard to pitch value.

Angels general manager Perry Minasian now has five starters locked up: Shohei Ohtani, Anderson, Patrick Sandoval, Jose Suarez and Reid Detmers, the last four of whom throw left-handed. But the team will probably continue with a six-man rotation next season, putting them in play for at least another starting pitcher.

The Angels are clouded in uncertainty given the possibility that longtime owner Arte Moreno will sell the team. But Minasian has stressed that he has nonetheless been granted the ability to add players who might help the team return to the postseason. He recently squashed industrywide speculation that he would explore a trade of Ohtani, a free agent after the 2023 season.

Anderson — whose signing comes almost a year to the day after Minasian signed Noah Syndergaard, another starting pitcher tied to a qualifying offer — will be a bargain if he can maintain his success from last season.

He was considered a tier below the likes of Jacob deGrom, Justin Verlander, Carlos Rodon and Kodai Senga on the free agent market but proved to be one of the sport’s most durable and effective starters last season. And he signed for only about $5 million more than what the Houston Astros paid to retain Rafael Montero, a 32-year-old setup reliever who also navigated an up-and-down career before 2022.