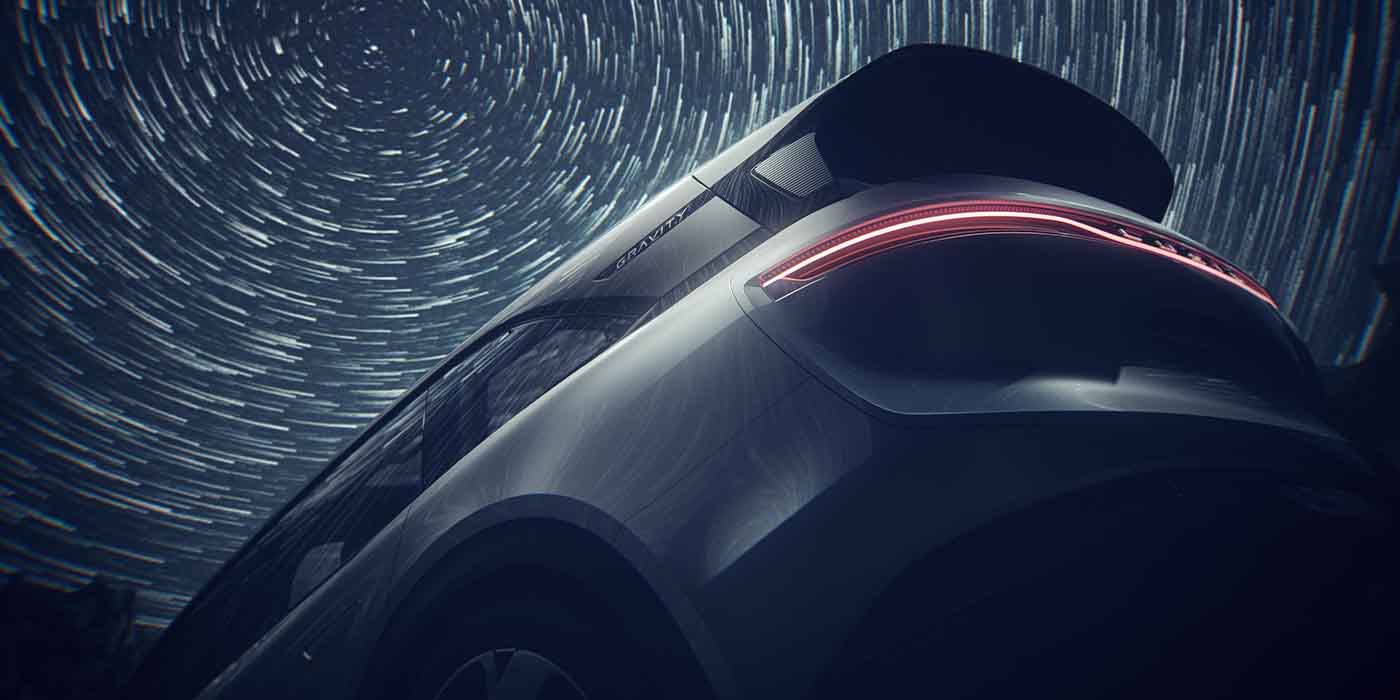 Mere hours after sharing details of the final two versions of its Air sedan reaching customers this year, Lucid Motors has spoiled its audience with new details surrounding its upcoming Gravity SUV. Lucid shared the images you’ll see below during its livestream event this morning, as well as details pertaining to reservations, production, and some vehicle design news. Here’s what we’ve learned.

We told you we’d be back.

Just a few hours after sharing details of the Air Touring and Air Pure sedans reaching production and deliveries, Lucid Motors has made good on its promise to grace us with new details of the all-electric Gravity SUV – its second flagship vehicle that has remained mostly shrouded in secrecy since the American automaker first teased it at the end of a video officially unveiling the Air sedan.

All of the (few) updates on “Project Gravity” have pertained to its development progress, mostly involving expansions of the automaker’s AMP-1 facility to make room for SUV assembly lines. However, we haven’t gotten any design updates… or any genuine looks at Gravity for that matter.

We’ve speculated around the potential look of the Gravity based on patent images, but up until today have only seen the dark silhouette of Lucid’s first SUV. An image quite frankly, we’re tired of, so let’s bring on the new pics, shot where else but on the moon of course.

First glimpse at Lucid’s Gravity SUV ahead of 2024 deliveries

According to a press release coinciding with Lucid Motors’ “In the Air and Beyond” event stream this morning, the Gravity SUV will “land” in 2024. Is it just us or are the space references including the EV nomenclature itself brilliantly cheeky? Is there any other competitor out there with ties to space?

Anyways, Lucid says that its Gravity SUV will pick up where the Air sedan left off, promising to deliver luxury, space (no pun intended that time), efficiency, and of course performance. In fact, Lucid Motors is already promising Gravity will deliver more range than any other EV on the market (aside from the Lucid Air). Any EV, not any electric SUV, any other truck or crossover. Any EV. Lucid’s CEO and CTO Peter Rawlinson shared his thoughts on Gravity:

Gravity builds upon everything we have achieved thus far, driving further advancements of our in-house technology to create a luxury performance SUV like none other. Just as Lucid Air redefined the sedan category, so too will Gravity impact the world of luxury SUVs, setting new benchmarks across the board.

The team cites the Lucid Space Concept as a key factor that went in to the design of the SUV’s interior, vowing to serve any lifestyle or need with multiple configurations to seat five, six, or seven adults. If you weren’t hyped up enough already, Lucid’s senior vice president of design Derek Jenkins essentially describes the Gravity SUV as a unicorn with superpowers:

I’m so thrilled with the results we are seeing with Lucid Gravity, sparing no opportunity to build on everything we learned with Lucid Air to create something that warps the vehicle-class continuum. It is both a supercar in disguise and an SUV with flexible passenger and cargo space that seems impossibly big relative to the exterior size of the vehicle. And it does this all with Lucid’s distinctive post-luxury design, inspired by California.

From its descriptions, the Gravity appears to check all the boxes one would look for in the perfect EV (if you have the money), but a lot of other key tidbits of information need to be learned before anyone starts floating out of their chairs and into the cockpit of this “supercar in disguise.” Unfortunately, that’s about all for today though.

Lucid says it will share more information about the full Gravity lineup in early 2023 when reservations begin. To us, early 2023 could mean the first week of January at CES, or maybe it’s February, we’re not sure at this point.

Deliveries are expected to begin in the US and Canada in 2024. Availability and timing for other markets will again be announced at a later date. You can check out Lucid Motors livestream event including the Gravity SUV news by clicking here.

Revel is going to build more EV fast charging Superhubs in the US
InMotion V5 electric unicycle review: How I didn’t even hurt myself testing it