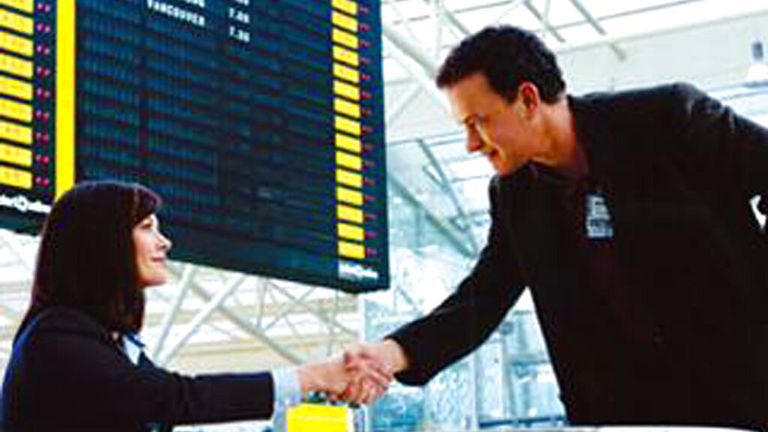 The man who inspired Tom Hanks film The Terminal has died at Charles de Gaulle Airport in Paris, where he lived for 18 years.

Iranian national Mehran Karimi Nasseri had a heart attack in Terminal 2F on Saturday, according to an official with the Paris airport authority.

Emergency services were called to help Mr Karimi Nasseri but could not save him.

He lived in Terminal 1 of the airport from 1988 until 2006, initially in legal limbo because he did not have residency papers.

But he later remained at the airport by choice, according to French media reports.

An official said he was living in the airport again in recent weeks.

His story inspired the 2004 film starring Tom Hanks, who plays Viktor Navorski, a man trapped at JFK airport in New York after being denied entry to the US – but unable to return to his homeland, the fictional eastern European state of Krakozhia, due to a military coup.

Mr Karimi Nasseri, also known as “Sir Alfred” of Charles de Gaulle Airport, laid bare his experience in a book entitled The Terminal Man, published in the same year as the film.

He was born in 1945 in Soleiman, a part of Iran formerly under British jurisdiction, to an Iranian father and British mother.

He left Iran to study in England in 1974 but was imprisoned on his return for political activism before being expelled.

Mr Karimi Nasseri found himself trapped in international no man’s land without the proper documentation after claiming to have been mugged on his way to Charles de Gaulle Airport in 1988.

He boarded a plane to London but was sent back to Paris – where he was arrested when he tried to leave the airport.

According to the bio for his book, Mr Karimi Nasseri was jailed for six months before returning to Charles de Gaulle airport where he was refused access to any other nation, giving him no choice but to stay.

He slept on a red plastic bench surrounded by newspapers and magazines stored in cargo boxes and showered in staff facilities.

‘Fossilised’ in airport after ordeal

He told the Associated Press in 1999: “Eventually I will leave the airport. But I am still waiting for a passport or transit visa.”

But Mr Karimi Nasseri revealed his surprise when he finally was granted refugee papers, describing his fears over leaving the airport.

He reportedly refused to sign them and stayed at Charles de Gaulle for several more years before he was admitted to a hospital in 2006.

He had been living in the airport again in recent weeks up until his death, the official with the Paris airport authority said.

A ticket agent friend compared him to a prisoner incapable of “living on the outside”.

Years of living in a windowless space impacted his physical and mental health, an airport doctor said, describing him as “fossilised here”.

As well as inspiring the Hollywood film, his story was used as the basis for French screenplay Lost In Transit and an opera entitled Flight. It was also featured in numerous newspaper and magazine articles.