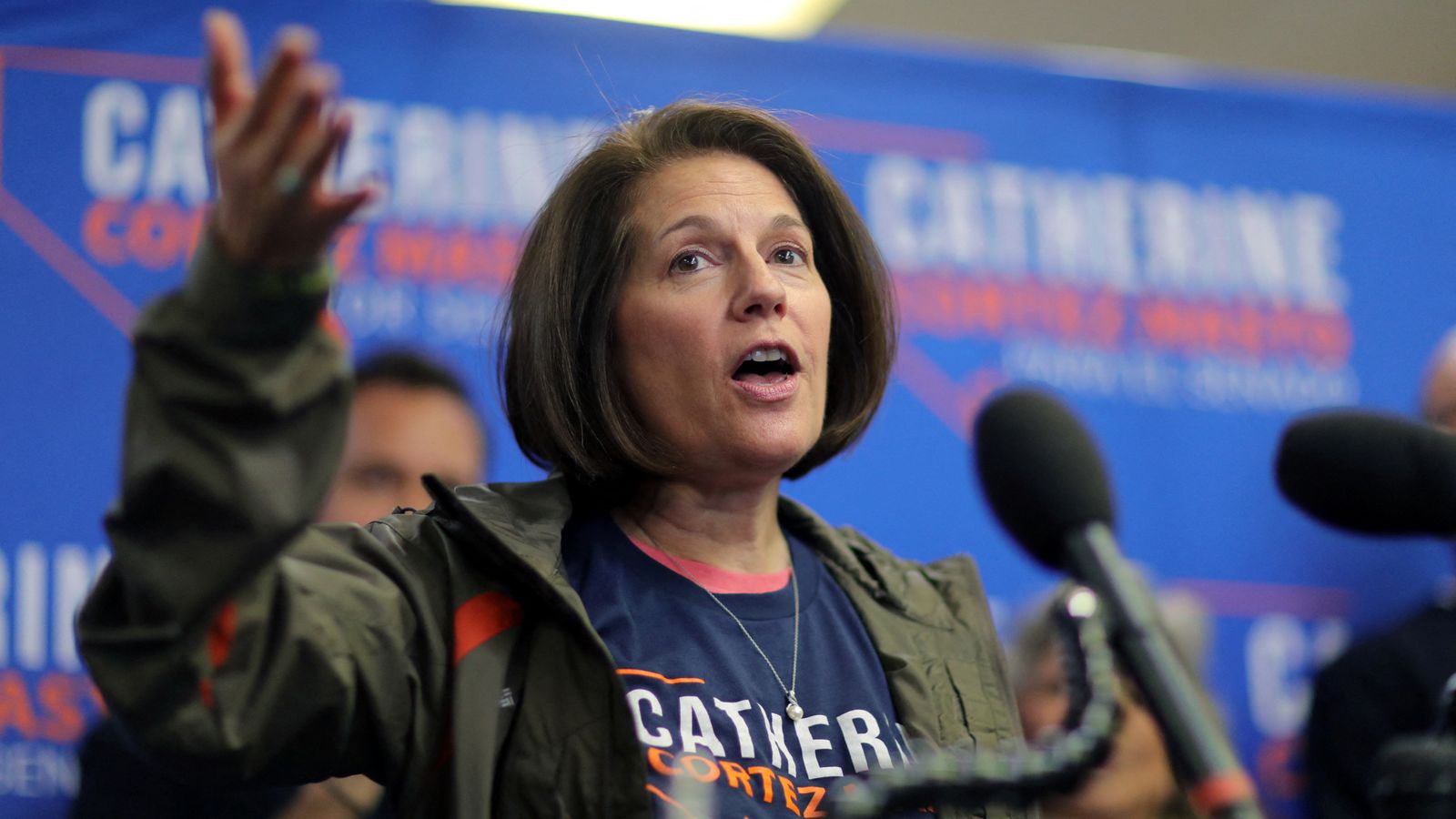 The Democrats will keep control of the US Senate after a projected win in the state of Nevada.

Democrat incumbent Catherine Cortez Masto is sitting on 48.7% of the vote – a narrow edge over Republican former state attorney general Adam Laxalt on 48.2%.

Ms Cortez Masto, 58, campaigned heavily on the issue of abortion and also criticised Mr Laxalt over his ties to major oil companies, which have enjoyed record profits in recent months.

The election result comes a day after Democrat Mark Kelly claimed victory in Arizona, beating his Republican challenger Blake Masters, who – like Mr Laxalt – had been endorsed by former president Donald Trump.

This means the Democrats have 50 seats in the Senate.

Democrat vice president Kamala Harris can break ties in the 100-member chamber, meaning that the party can secure victories for President Biden.

This will be particularly important if a seat on the US Supreme Court – which currently has a 6-3 conservative majority – were to open up in the final two years of Mr Biden’s term.

Speaking to journalists in Cambodia ahead of an East Asia Summit, President Biden said he was “incredibly pleased” with the election results.

He said: “We’re focusing now on Georgia. We feel good about where we are. And I know I’m a cockeyed optimist. I understand that.

“Again, I’m not surprised by the turnout. I’m incredibly pleased. And I think it’s a reflection of the quality of our candidates.”

He added: “I feel good. I’m looking forward to the next couple of years.”

Senate Majority Leader Chuck Schumer said: “We got a lot done and we’ll do a lot more for the American people.

The final state to decide is Georgia, where Democratic senator Raphael Warnock faces a run-off against Republican Herschel Walker on 6 December.

The 435-seat House of Representatives remains in the balance, however.

The Republicans have the edge but votes are still being counted in several races, including many in liberal-leaning California.

If Democrats manage to pull off a win in the House, it would mean full control of Congress for Democrats – and another chance to advance Mr Biden’s priorities.

The party still lacks the 60 votes in the Senate needed to move many kinds of major legislative changes.

The midterm elections are said to be a referendum on the success, or otherwise, of the sitting president and his first two years in the White House.

President Biden’s approval rating is underwater, inflation is soaring and he makes a gaffe almost every time he opens his mouth, so the success of Democrat candidates makes no sense when applying normal rules.

But this was no ordinary election.

One way to explain it is by viewing it, instead, as a referendum on the extreme right wing politics of the “Make America Great Again” candidates who were recruited, in some cases, and endorsed by the former president Donald Trump.

Take Adam Laxalt, the Republican defeated in the decisive Senate race in Nevada, a fully paid-up member of the election denial lie peddled by Trump.

There was “no mathematical way” he could lose, said Republican Senator Lindsey Graham, perhaps forgetting to factor a discerning electorate into his equation.

Across the country and up and down the ballot – with a few, but not many exceptions – voters delivered a rebuke to Trumpism.

From Mehmet Oz, a celebrity TV doctor beaten in Pennsylvania, to anti-abortionist Yesli Vega beaten in a key race in Virginia, it was not the red wave the Republican party was expecting and they now must decide whether they continue to ally themselves with the former president.