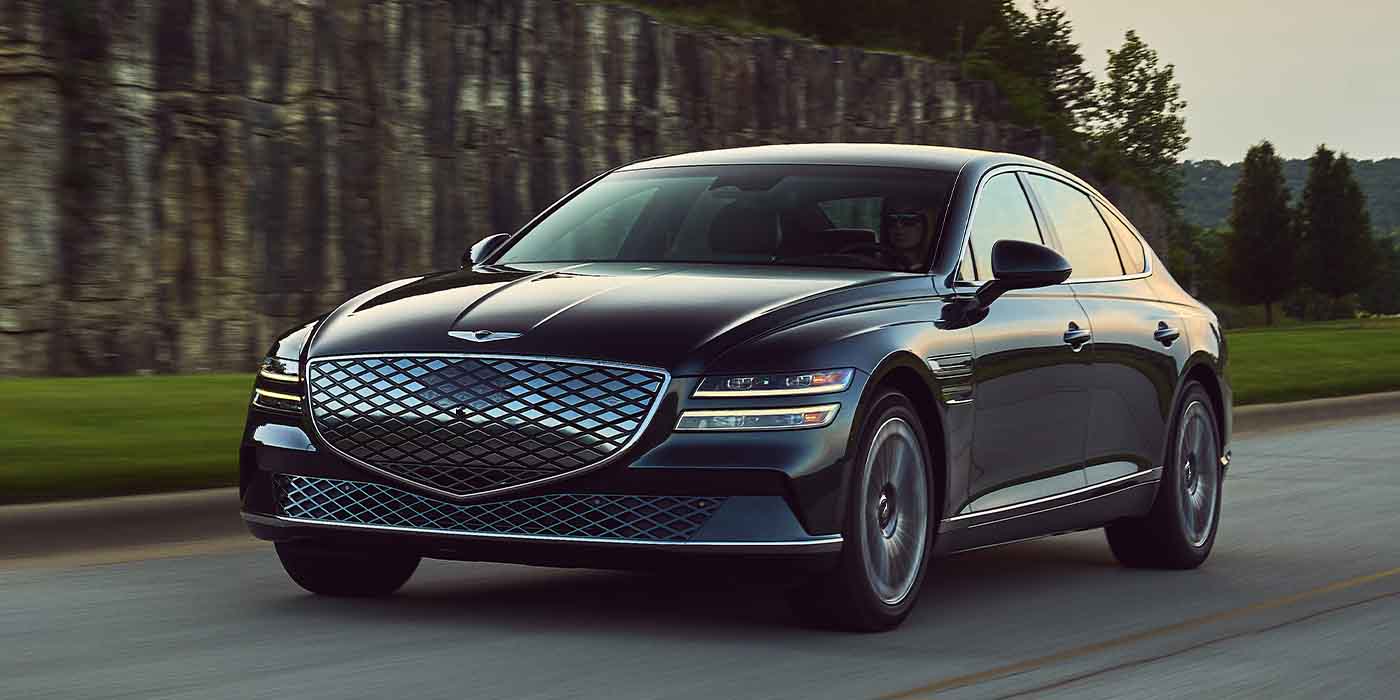 Luxury, and soon-to-be all-electric brand Genesis is further expanding the availability of of its 2023 Electrified G80 sedan, adding four new states where it will go on sale. That puts the US total to 12 different states as Genesis continues to expand EV availability on its way to becoming fully-electrified.

Genesis Motor is a luxury automotive brand under the Hyundai Motor Group umbrella. Before it was a luxury marque, Genesis model was merely a sedan sold by Hyundai in the late 2000s. After several years of impressive sales in the luxury market, Hyundai decided to make Genesis its own stand-alone brand in 2015.

Since then, the luxury automaker has delivered ICE models but has already put an expiry on those assemblies, in line with its Hyundai and Kia family members. In April of 2021, Genesis teased an all-electric version of its G80 sedan – one of its most popular combustion models.

In August of 2021 Genesis unveiled the GV60, an all-electric crossover that would soon join the Electrified G80. A month later, the automaker committed to ending all new combustion vehicle models by 2025 and selling EVs only by 2030. This journey began with the two EVs mentioned above, both of which have begun sales this year. Availability of the Genesis G80 in particular continues to expand following today’s announcement.

We are pleased to offer our growing lineup of electric models to an expanded audience of American consumers. Customers have been waiting patiently to get into a new Electrified G80 executive sedan. We are delighted to expand the availability of this model today in four more states.

With the new territories added today, Genesis’ EV sedan is now available in the following states:

The 2023 Genesis Electrified G80 comes in one single configuration, starting at an MSRP of $79,825 complete with a 87.2 kWh battery capable of charging 10-80% in 22 minutes (350 kW DCFC). Each Genesis EV purchase also includes three years of complimentary 30-minute charging sessions on Electrify America’s network.