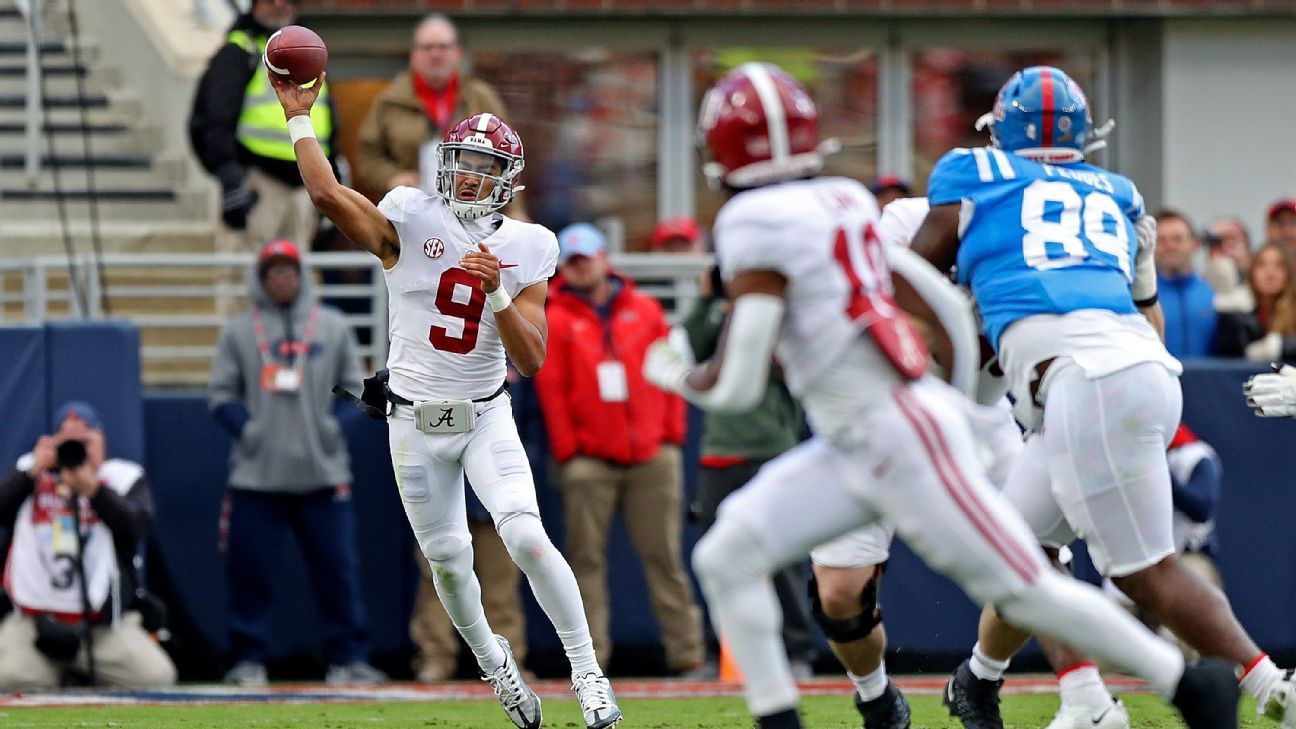 OXFORD, Miss. — Still reeling after a heartbreaking loss at

The streak, which dated back to Saban’s first season at Alabama in 2007, is the longest such active streak in college football and the longest since Oklahoma went 256 games from 1999 to 2020.

Saban said he challenged his team before the game to “play to the standard” and “take it personal.”

“I think that’s the big thing that we wanted to get our players to do is, you’re responsible for the identity that you create and it’s personal in terms of how you play and how you compete in the game to try to dominate the guy you’re playing against,” he said. “And I saw a lot of that in the second half.”

Saban said he was proud of the hard running by Jase McClellan, who had to shoulder more of the load with Jahmyr Gibbs injured. McClellan accounted for 84 yards on 19 carries.

Saban also praised the offensive line for stepping up in the second half.

But it was the defense that arguably took the biggest step forward against Ole Miss.

After giving up 17 points in the first 20 minutes, it allowed only one touchdown the rest of the game.

Ole Miss had the ball on first-and-10 on the Alabama 14-yard line with a chance to score the go-ahead touchdown with less than a minute left. But the defense forced an incompletion, tackled Rebels quarterback Jaxson Dart for no gain and sacked Dart for a 6-yard loss. Then, on fourth-and-16, Brian Branch broke up a pass to seal the win.

Defensive lineman Byron Young was a standout in the front seven with 11 tackles — two for a loss — and two quarterback hurries.

Alabama will host Austin Peay next Saturday before it closes out the regular season at home Nov. 26 against Auburn.