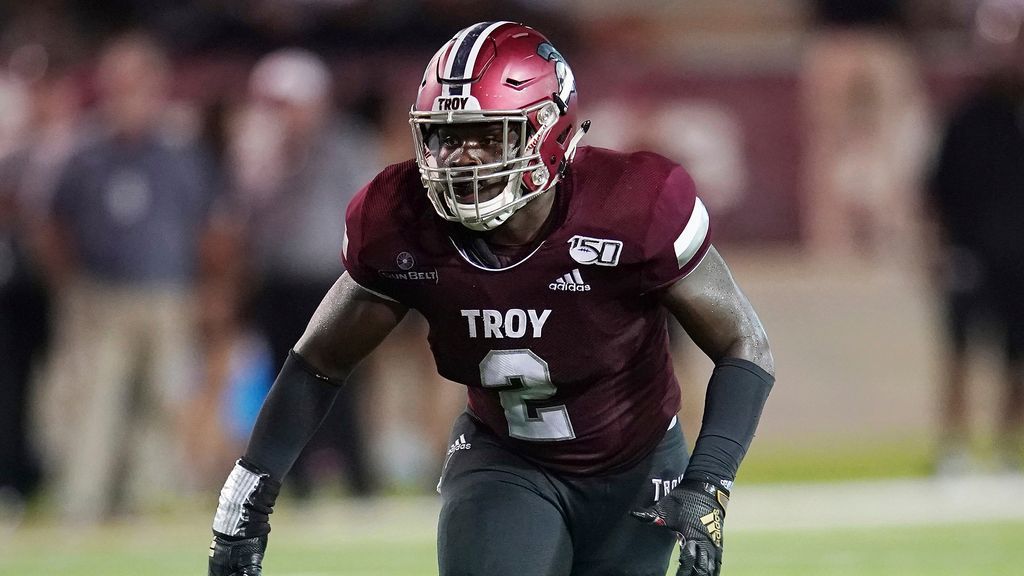 Martial entered the weekend 20 tackles shy of the previous FBS record-holder, Northwestern’s Tim McGarigle, who had 545 in his career. Martial reached that mark in the third quarter.

Listed at 5-foot-9 and 210 pounds, Martial didn’t have a single FBS scholarship offer coming out of McGill-Toolen Catholic High School in Mobile, Alabama. Rather than take a scholarship from FCS university North Alabama, he walked on at Troy.

After not playing his first year on campus, Martial not only earned a scholarship before the 2018 season, but he also became a starter and racked up 76 tackles. He earned spots on multiple freshman All-America teams and hasn’t looked back, notching 100-plus tackles in four consecutive seasons.

A three-time first team All-Sun Belt pick, Martial might have broken the NCAA record for career tackles sooner had he not injured a hamstring and missed the Week 3 game at Appalachian State — one of only two losses for a resurgent Troy football program this season.

On Tuesday, Martial was named a semifinalist for the Burlsworth Trophy, which is given annually to the nation’s best player who started their career as a walk-on.