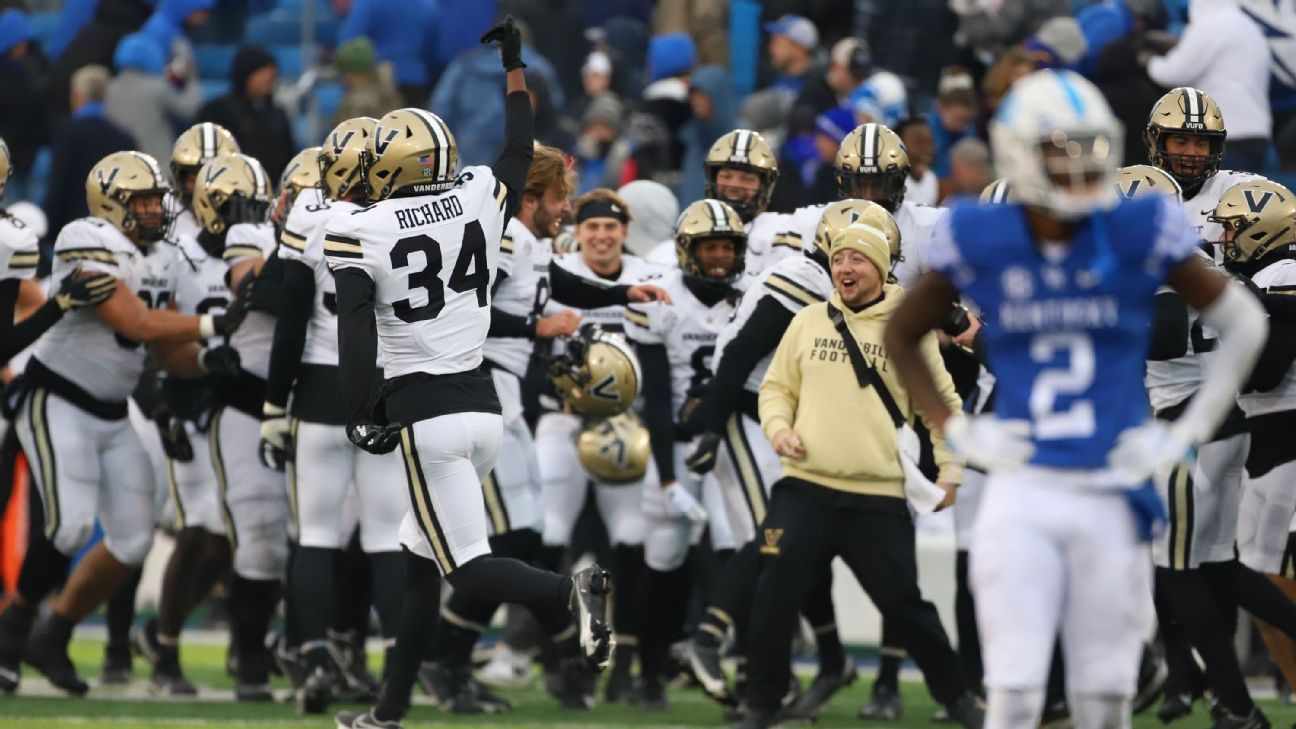 Wright was named the Commodores’ starting quarterback to open the season but was benched following a 45-25 loss to Wake Forest on Sept. 10. Freshman AJ Swann started the past six games but was ruled out against Kentucky due to an injury.

“You got a bunch of guys that are fighting,” Vanderbilt coach Clark Lea said. “We’re building a program, and building a program’s hard. It takes people that are aligned, doing the right things the right way. And that’s what these guys are doing. I’m glad they got rewarded today.”

“There’s going to be a lot to clean up, but we like to learn from wins,” Lea said. “I’m proud of Mike. Mike’s had a tough year, personally a tough year. But he’s fought through that and stayed with his teammates and prepared every week. He’s made some big plays for us this season. He came out with a big run at the end to connect with Will Sheppard, and I thought he did some really nice things to keep us in the game early.”

Kentucky (6-4, 3-4) appeared to have survived the Vanderbilt effort after running back Chris Rodriguez twice gave the Wildcats a lead, scoring from the 5 for a 15-14 edge then racing 72 yards for a touchdown to make it 21-17 with 5:03 left in the game.

Vanderbilt’s game-winning drive appeared stalled, but Octavious Oxendine‘s personal foul wiped out a Tyrell Ajian interception. Given new life, Wright completed a 40-yard pass to Quincy Skinner Jr. to the Kentucky 9 on fourth-and-11 to set up the winning score.

“You give them credit,” Kentucky coach Mark Stoops said. “I have been there. I know how hard they’ve worked. It’s a good moment for them. It’s hard for me to put my finger on [one] thing. Disappointed with the way things have gone. I think everyone is. For whatever reason, I’m not getting it done with this team.”

This is the not the first time Kentucky has been the team Vanderbilt has beaten to snap a long losing streak. In 2003, the Commodores beat the Wildcats 28-17 at home on Nov. 15 behind four touchdown passes from Jay Cutler to end a 23-game losing streak.