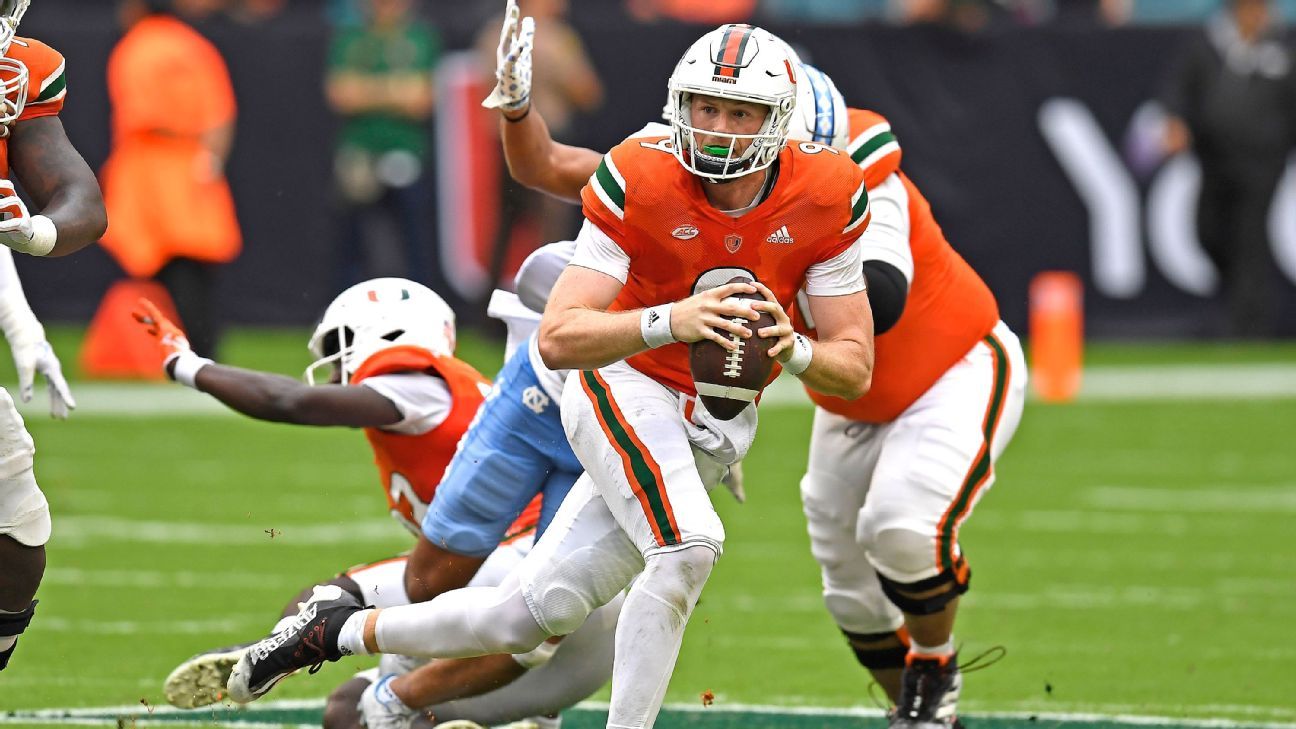 Miami quarterback Tyler Van Dyke will not play Saturday against Georgia Tech because of the right shoulder injury that has hindered him over the past several weeks, sources told ESPN’s Pete Thamel.

Van Dyke left last week’s blowout loss to Florida State after aggravating the injury to his throwing shoulder early in the second quarter. He initially suffered the injury Oct. 22 against Duke and missed the following week’s game against Virginia.

It was not immediately clear who would start for the Hurricanes on Saturday. Jake Garcia relieved Van Dyke against the Blue Devils and started the quadruple-overtime win over the Cavaliers, but he was benched against the Seminoles after throwing an interception.

Jacurri Brown could make his first career start after the freshman was 5-for-9 for 37 yards and an interception and rushed 13 times for 64 yards against Florida State.

UConn knocks off Liberty to become bowl-eligible
A guide to Alabama-Ole Miss, TCU-Texas and the rest of Week 11’s best games