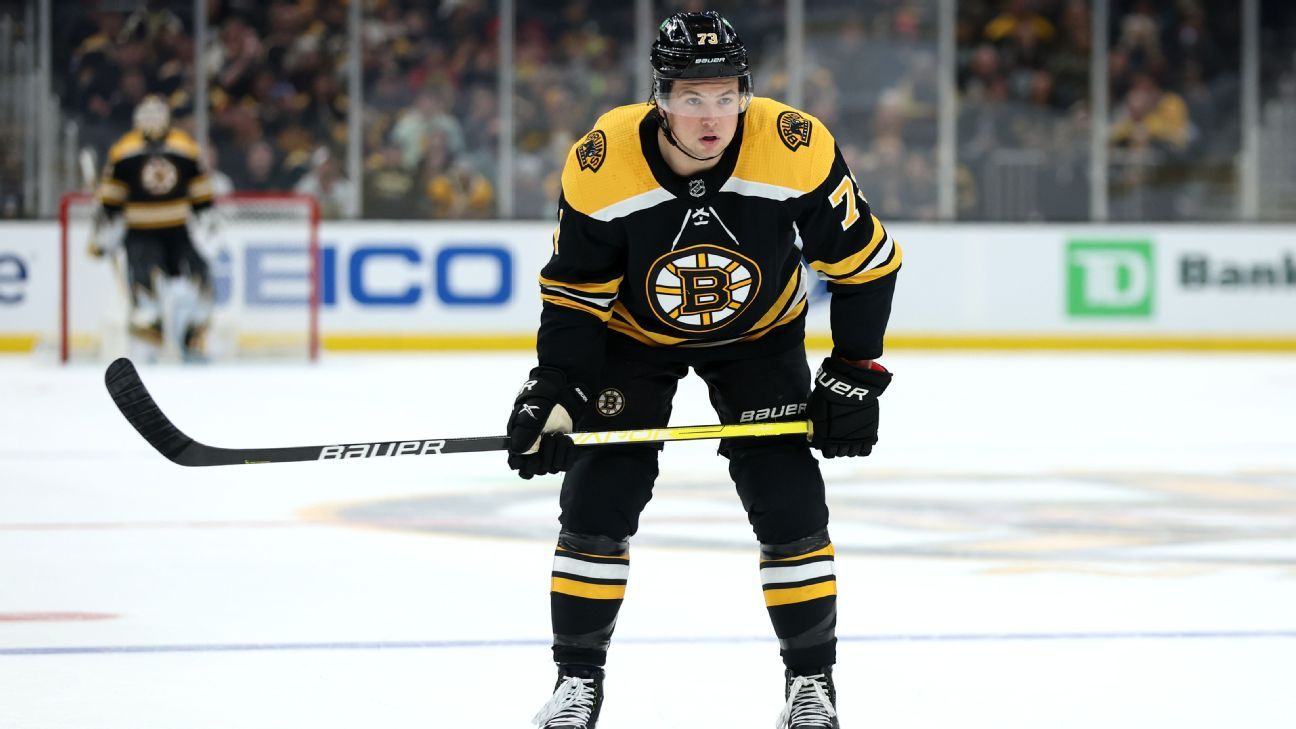 After a long rehab from offseason surgery, Boston defenseman Charlie McAvoy made his season debut Thursday night against the Calgary Flames and scored the second-period game-winner that helped give the Bruins a 3-1 win.

McAvoy, the Bruins’ top-pairing blueliner, underwent a complex left shoulder arthroscopic stabilization procedure on June 3 and was expected to miss at least six months. Boston coach Jim Montgomery, however, said Wednesday that McAvoy was ahead of schedule and “checking a lot of boxes” that made him available for Thursday’s game.

“Not having a preseason to get ready, I was definitely nervous all day,” McAvoy said. “But it was a good kind of nervous.”

McAvoy, who played 18:53 minutes, scored at 18:27 of the second with traffic in front of Calgary goalie Dan Vladar. He became the 18th player to score a goal for the Bruins this season.

“We did a good job getting possession. It was a good pass by (Pavel Zacha) to find me in the seam. I just wanted to catch and shoot it and it happened to go in,” McAvoy said.

Montgomery confirmed before the game that McAvoy was back in his top spot with partner Matt Grzelcyk against the Flames, but didn’t rule out some “mixing and matching” on the back end as needed. This is Montgomery’s first season behind the Bruins’ bench, but he’s familiar with McAvoy’s reputation as a game-changing defender.

“It’s a lot of fun to watch,” Montgomery said after the game. “A lot more fun to coach him than against him.”

McAvoy, 24, is coming off a breakout season offensively where he tallied 10 goals and 56 points in 78 games, including 21 points on the power play. He also paced the Bruins in ice time last year at nearly 25 minutes per game, although Montgomery doesn’t see that heavy of a workload in McAvoy’s immediate future.

“We’re very fortunate with the D-corps we have, we don’t need [McAvoy] to play 24 minutes,” Montgomery said Thursday. “But I expect him to play 20 [against the Flames]. How he impacts the game in all three zones [is impressive]. It doesn’t seem like he takes a second off. Whether he’s pressuring pucks, he’s ending plays, he’s hitting someone or he’s taking the puck from the breakout through the neutral zone, breaking the puck out and driving the net, we’re getting a chance at the net.”

The Bruins lead the Eastern Conference at 12-2-0, despite having missed both McAvoy and top winger Brad Marchand to start the season. Marchand had offseason hip surgery and returned for Boston on Oct. 27.