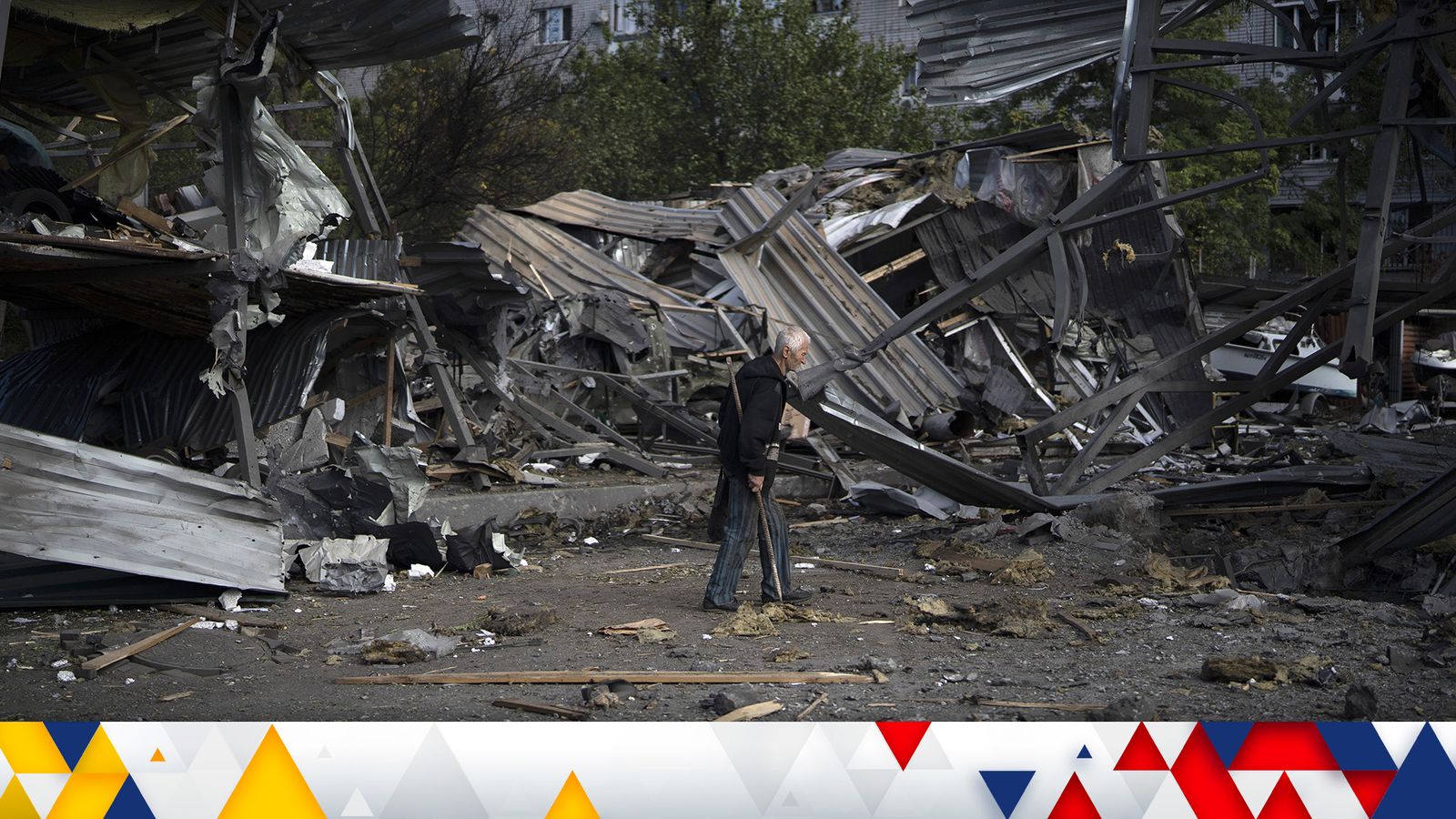 The UK will for the first time give Ukraine a number of powerful missiles to defend against Russian airstrikes, but it is not providing the weapons that launch them.

Instead, the AMRAAM rockets – capable of shooting down cruise missiles – will help to arm air defence systems that will be given to Ukraine by the United States.

A shortage of supply of these systems means Western allies, meeting this week in Brussels, are struggling to meet increasingly urgent requests from the government in Kyiv to protect Ukraine’s skies from Russian missile and drone attacks.

Asked by Sky News whether the failure of the West to give Ukraine more of these much-needed air defence systems faster was because of a lack of political will or a lack of supplies, US Defence Secretary Lloyd Austin pointedly only gave half an answer.

“Well certainly it’s not a question of lack of will,” he said on Wednesday at NATO headquarters in Brussels, speaking after chairing a contact group of NATO allies and other partners that have come together to pledge military support for Ukraine.

“The commitment, the resolve that the chairman [of the Joint Chiefs of Staff General Mike Milley] and I witnessed in this contact group meeting today was inspiring, and that’s what I told the members of the group. They remain committed to doing everything they can to generate additional capability.”

But a senior diplomat told Sky News a shortage of supply of air defence systems was a key factor limiting the ability of allies to respond to Ukraine’s needs.

The UK and other NATO members slashed defence spending, shrunk the size of their armed forces and reduced stockpiles of munitions following the end of the Cold War.

Russia’s invasion of Ukraine has belatedly triggered a rethink in funding for their collective security but it takes time to replenish stores.

Read more:
Zaporizhzhia nuclear plant – an accident waiting to happen
Russian forces ‘will soon be down to last supplies of fuel’

The British air defence missiles, thought to number in the double digits, will arrive in Ukraine in the coming weeks.

“Russia’s latest indiscriminate strikes on civilian areas in Ukraine warrant further support to those seeking to defend their nation,” Ben Wallace, the defence secretary, said on Thursday in a statement released by the Ministry of Defence.

“So today I have authorised the supply of AMRAAM anti-aircraft missiles to Ukraine.

“These weapons will help Ukraine defend its skies from attacks and strengthen their overall missile defence alongside the US NASAMS.”

Washington has pledged to send a total of eight National Advanced Surface-to-Air Missile Systems (NASAMS) to Ukraine, with the first two expected to be delivered soon and the other six over a longer period of time.

Germany has also delivered one air defence system, with three more due to arrive next year.

As well as the new rockets, the UK will also donate hundreds of additional, less-powerful air defence missiles as well as hundreds of drones and 18 more howitzer artillery guns.

The announcement came as NATO defence ministers meet for a second day in Brussels on Thursday, though Mr Wallace was not present at Wednesday’s gathering.

They are expected to discuss ways to rebuild their own munitions stockpiles and work together to source weapons for their security as well as to keep supporting Ukraine for the long term.

Turning World Cup into ‘platform of political statements’ is wrong for football, Qatar boss says
Drought, disease and conflict: Somalia is fighting a battle on all fronts