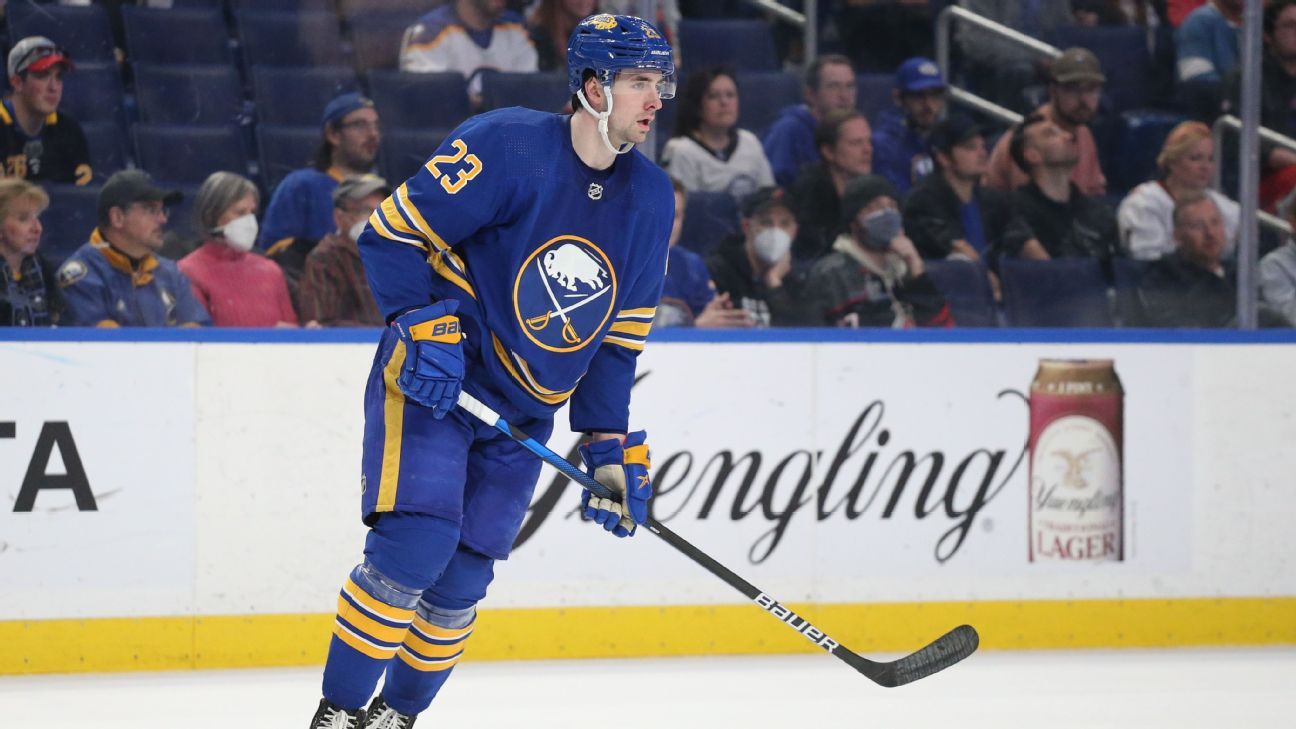 BUFFALO, N.Y. — The Buffalo Sabres continued locking up their young core of players by signing defenseman Mattias Samuelsson to a seven-year, $30 million contract on Wednesday.

Samuelsson, 22, established himself as one of the team’s top blueliners in his second NHL season last year. He finished with 10 assists in 42 games after missing the start of the season with a leg injury.

At 6-foot-4 and 231 pounds, Samuelsson plays a defense-first role to complement Buffalo’s more offensive-minded blueliners such as Rasmus Dahlin and Owen Power.

Samuelsson is from Philadelphia and was selected by Buffalo with the 32nd pick in the 2018 draft. He is the son of former NHL defenseman Kjell Samuelsson, who played for Pittsburgh, Philadelphia, the New York Rangers and Tampa Bay during a 14-year career.

Samuelsson’s signing comes a little over a month after Buffalo signed 24-year-old center Tage Thompson to a seven-year, $50 contract, and on the same day the team signed coach Don Granato to a multiyear extension.

The Sabres open their season Thursday night at home against Ottawa.