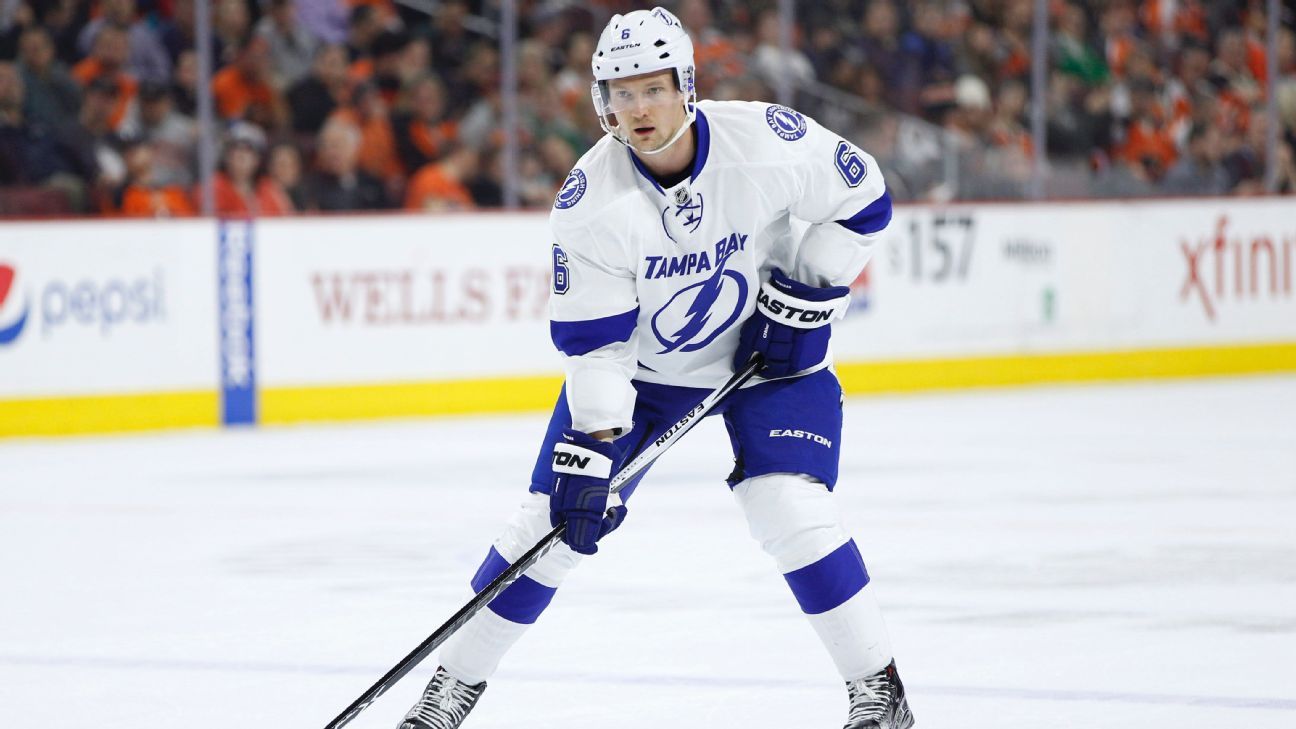 WASHINGTON — Veteran defenseman Anton Stralman parlayed his training camp tryout with the Boston Bruins into a contract with them, signing a $1 million deal for this season.

The Bruins announced the agreement Wednesday before facing the Washington Capitals in each team’s season opener. Stralman won’t be eligible to play until he gets a new work visa, and there’s no timetable for when that will happen.

Stralman, 36, did not even know until Tuesday he’d be getting a contract. But it was what he was hoping for when he chose Boston over other professional tryout possibilities.

“I know I’m at the tail end of my career, and as year and year go by you’re looking for an opportunity to go deep and have a chance to win,” Stralman said. “I’m happy with my camp, and I truly appreciate that they liked what they saw.”

New coach Jim Montgomery, who said the Bruins were working “expeditiously” to iron out visa issues for Stralman, expects to use the dependable Swede situationally throughout the season as matchups dictate.

“[We like] the way he thinks the game, the way he quickly makes decisions to get pucks out of our end and the poise he has at the offensive end,” Montgomery said. “He’s smart with how physical he is. It’s his game management, which is what we really value.”

“It’s fun to play in those systems when you’re supposed to join the rush and be part of the offense as much as you’re out there defending,” Stralman said. “It’s very motivating as a defender.”

Stralman is a veteran of 1,043 regular-season and playoff games. He has 318 points and is far more known for his defense than his offense.

“He’s a steady defenseman who plays the right way and always seems to be in the right spot,” Bruins captain Patrice Bergeron said. “Tough to play against. Experience. He’s been around a while. We’re happy to have him.”