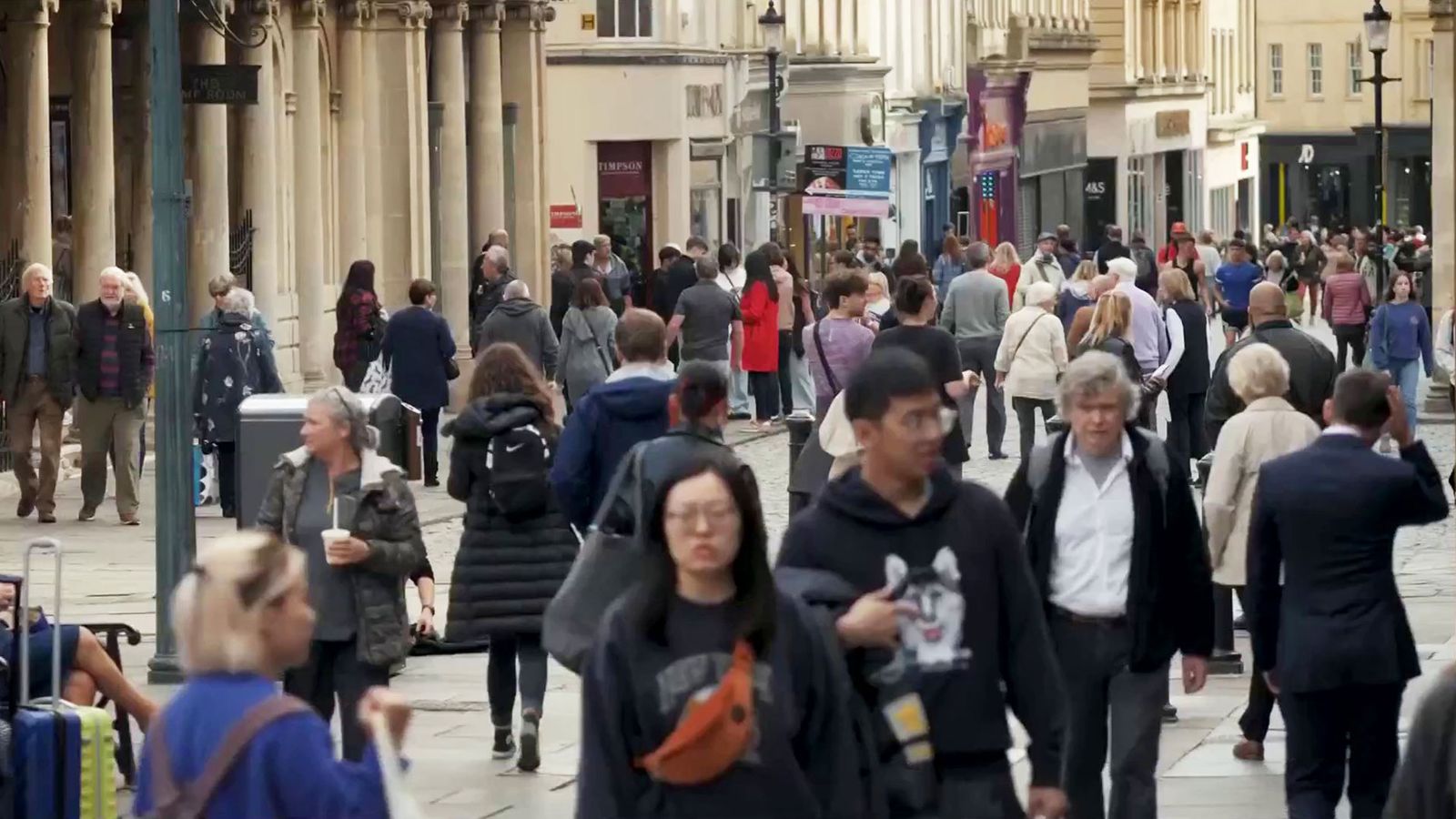 The economy slowed in August, contracting by 0.3% on the previous month.

The growth experienced in July has also been revised downwards, from the 0.2% previously recorded to just 0.1%.

The Office for National Statistics released its latest reading on the UK’s performance as the government frets over the prospect of recession ahead, given the toll placed on demand by the cost of living crisis.

Action by the Bank of England to tame inflation, through successive interest rate increases, is adding to the cost burden for borrowers.

The Bank’s tightening has placed its mandate to control inflation at odds with the agenda of the new Truss administration, which has set a target for annual economic growth of 2.5%.

The mini-budget last month, which contained energy bill help for households and businesses along with a series of tax cuts, prompted turmoil on financial markets.

The resulting crisis of credibility forced down the value of the pound and raised government borrowing costs to such an extent that the Bank had to intervene.

The International Monetary Fund warned on Tuesday that the government should ensure its tax and spending plans are in line with the Bank of England’s inflation-fighting remit.

In other words, the priority should be tackling inflation rather than adding to the price problem through tax giveaways to achieve economic growth.

The IMF welcomed the prospect of an earlier-than-expected debt plan from Kwasi Kwarteng, the chancellor.

That will now be delivered to MPs on 31 October and contain independent analysis from the Office for Budget Responsibility.