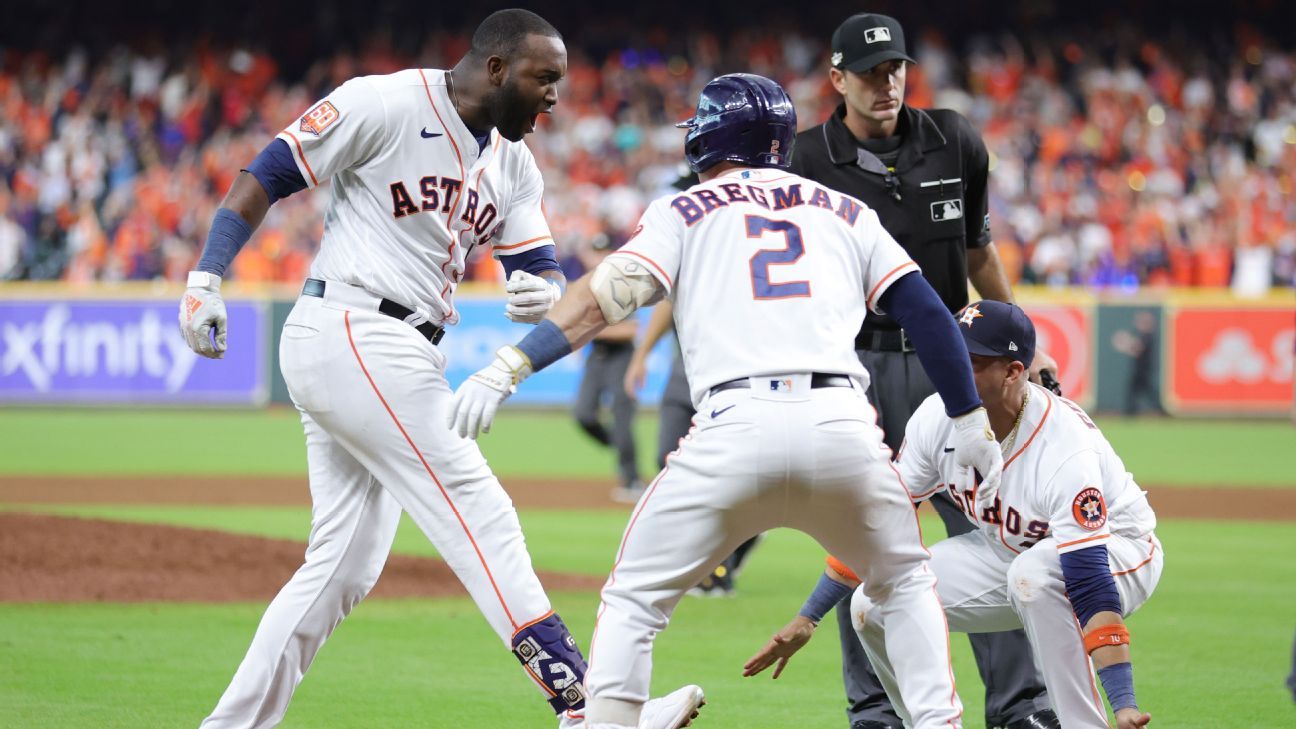 Mariners manager Scott Servais then made the bold move to bring in Ray, who started Saturday at Toronto in the AL Wild Card Series, for a lefty vs. lefty matchup with Alvarez. Ray, who won the Cy Young last year with Toronto, had made only six relief appearances in his career and had never earned a pro save.

Alvarez, who hit 37 homers in the regular season, sent Ray’s second pitch deep into the seats in right field to set off a wild celebration with his parents in the stands.

His blast was the second walk-off home run in postseason history by a team down to its final out, according to ESPN Stats & Information research. The other was Kirk Gibson’s walk-off home run off Dennis Eckersley to lift the Los Angeles Dodgers to a Game 1 victory over the Oakland Athletics in the 1988 World Series.

The Mariners jumped on Verlander for six runs in just four innings to build a 6-2 lead early. Yuli Gurriel hit a solo homer in the Houston fourth before Eugenio Suarez‘s solo shot in the seventh extended Seattle’s lead to 7-3.

A two-run homer by Alex Bregman off Andres Munoz cut the lead to 7-5 in the eighth inning to set up the dramatic finish.

Follow live: Aaron Judge and the Yankees face Guardians as ALDS fires up
Hockey Canada CEO, board of directors resigns