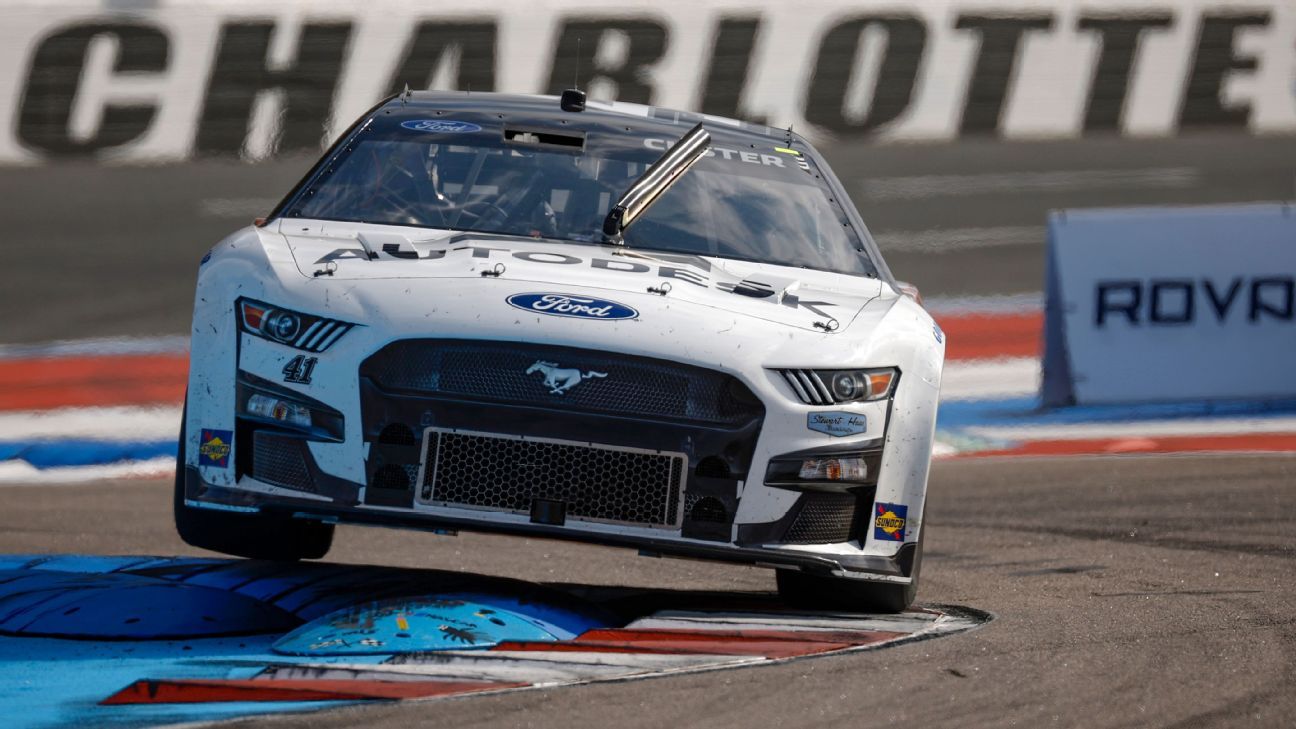 CHARLOTTE, N.C. — NASCAR hit Stewart-Haas Racing with an additional $200,000 in fines Tuesday after ruling Cole Custer and the No. 41 team manipulated the final lap of the playoff elimination race at Charlotte Motor Speedway.

That brings SHR’s monetary fines to $300,000 over the last week; Kevin Harvick, one of the most outspoken drivers about safety concerns with NASCAR’s new Next Gen car, was penalized along with his crew chief when his Ford failed a post-Talladega inspection.

On Sunday, Custer appeared to deliberately hold up a line of traffic on Charlotte’s road course as teammate Chase Briscoe stormed past in a desperate effort to gain additional positions to avoid playoff elimination. Briscoe finished ninth, good enough to bump reigning NASCAR champion Kyle Larson from the playoffs as the field was trimmed from 12 drivers to eight.

Briscoe earned the eighth and final spot in the next round of the playoffs by two points over Larson.

NASCAR said after Sunday’s race it “was reviewing data, video and radio transmissions from (Custer’s car) following its incident on the backstretch during the final lap.” The penalties levied were a $100,000 fine for Custer and loss of 50 driver points and 50 owner points for SHR. Crew chief Mike Shiplett was also fined $100,000 and suspended indefinitely.

SHR was already appealing Harvick’s penalties and said Tuesday it would appeal the latest penalties.