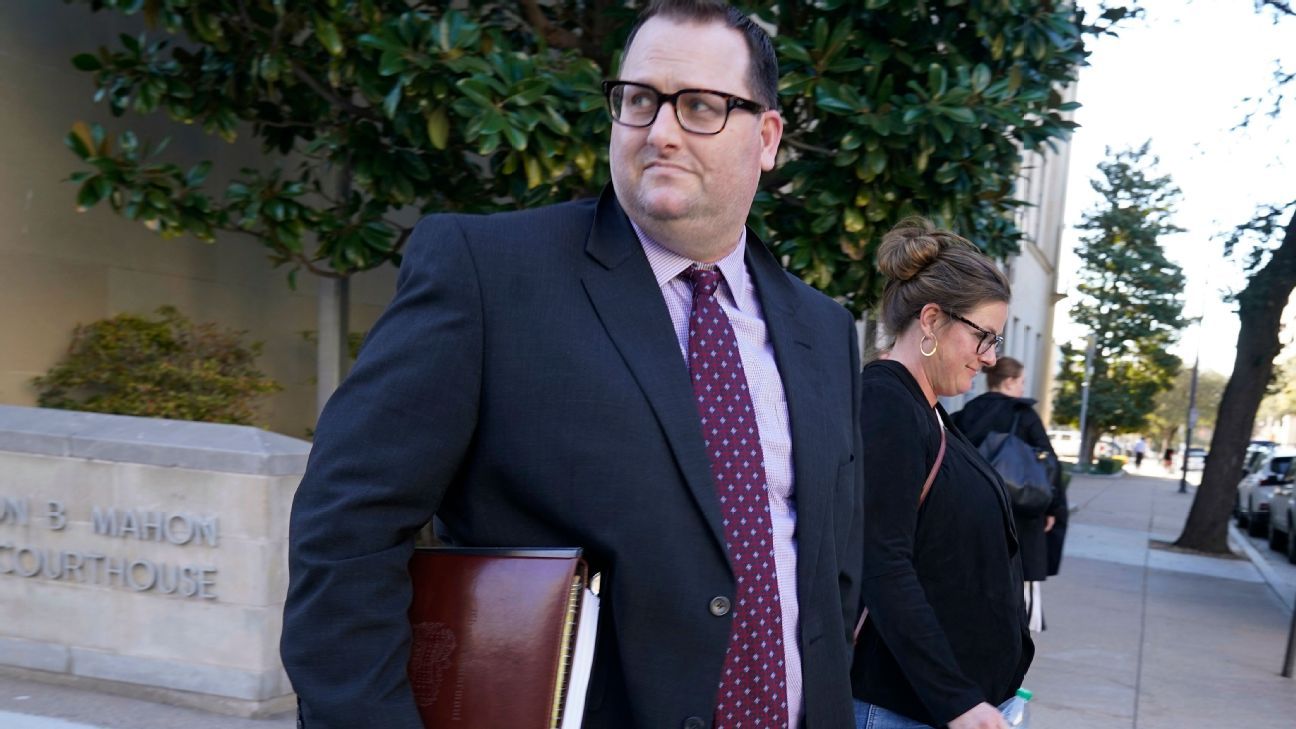 FORT WORTH, Texas — A former

“We are very grateful to everyone who worked so hard to investigate and prosecute Eric Kay. Today’s sentencing isn’t about the number of years the defendant received,” the family said. “The real issue in this case is holding accountable the people who are distributing the deadly drug fentanyl. It is killing tens of thousands of people every year in our country and destroying families along with it. We will continue the fight to hold responsible those who allowed Kay to provide a deadly drug to Tyler. But for their actions, Tyler would still be with us today.”

Prosecutors presented evidence of Kay, 48, making derogatory comments about Skaggs, his family, prosecutors and jurors in phone calls and emails after he was convicted in February.

There was emotional testimony from both sides in federal court in Fort Worth, about 15 miles from where the Angels were supposed to open a four-game series against the Texas Rangers on July 1, 2019, the day Skaggs was found dead in a suburban Dallas hotel room.

Kay was convicted on one count each of drug distribution resulting in death and drug conspiracy.

A coroner’s report said Skaggs, 27, had choked to death on his vomit and that a toxic mix of alcohol, fentanyl and oxycodone was in his system.

The trial included testimony from five major league players who said they received oxycodone pills from Kay at various times from 2017-19, the years Kay was accused of obtaining pills and giving them to players at Angel Stadium. Kay also used drugs himself, according to testimony and court documents.