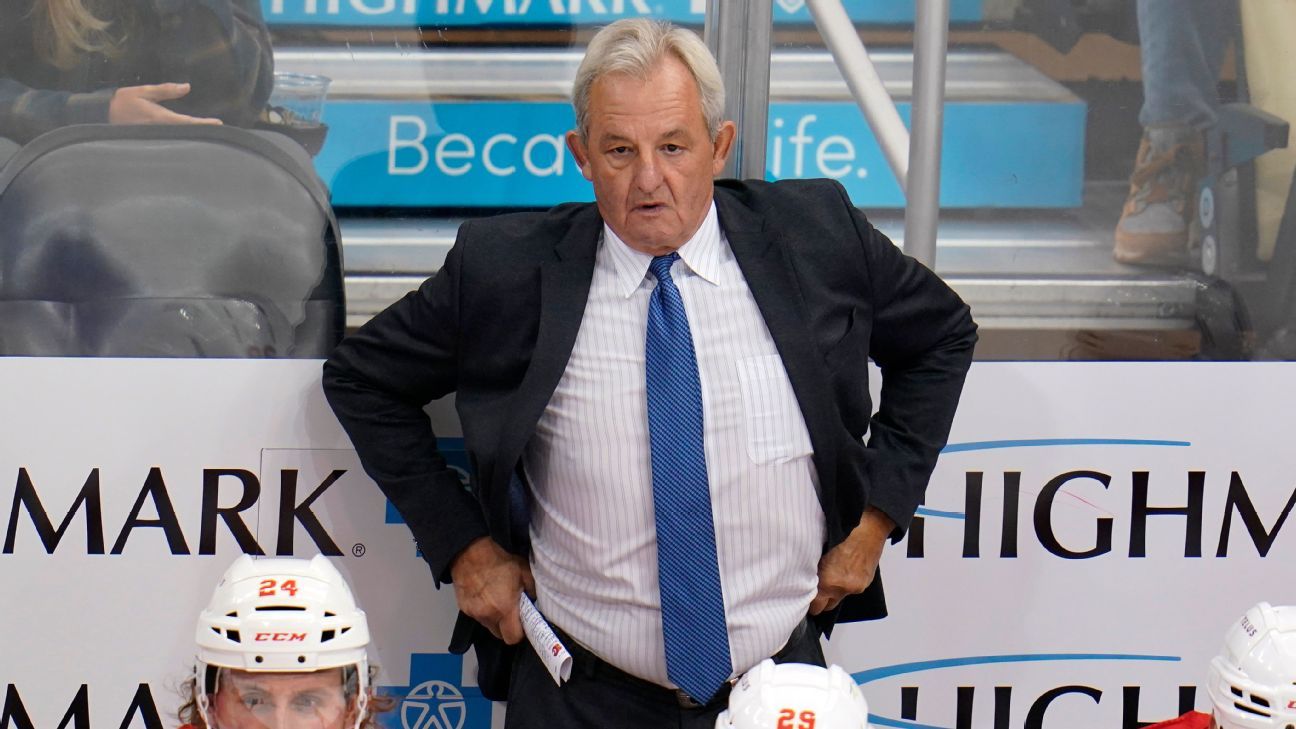 Darryl Sutter has signed a multiyear extension to remain head coach of the Calgary Flames, the team announced Saturday.

Sutter won his first career Jack Adams Award last year in his 20th season as a coach. In his second stint as coach of the Flames, Sutter led the team to a Pacific Division championship with the sixth-most points in the league.

Calgary lost to Alberta rival Edmonton in the second round of the playoffs.

Despite the team’s success last season, the 2022-23 Flames will look vastly different. Top scorer Johnny Gaudreau signed with the Columbus Blue Jackets in free agency. Calgary then sent forward Matthew Tkachuk to the Florida Panthers in a trade that brought back forward Jonathan Huberdeau and defenseman MacKenzie Weegar.

The Flames extended both new additions this offseason. Huberdeau agreed to an eight-year, $84 million contract extension in August, while the team announced an eight-year, $50 million extension for Weegar on Friday.

Sutter, who has also previously served as the organization’s general manager, was hired back as the team’s coach in March of the 2021 season. He has a 699-503-101-94 career coaching record with stops in Chicago, San Jose, Calgary, Los Angeles and now again with the Flames.